BLOWNBACK: Trying to see Quebec in a Nor’easter 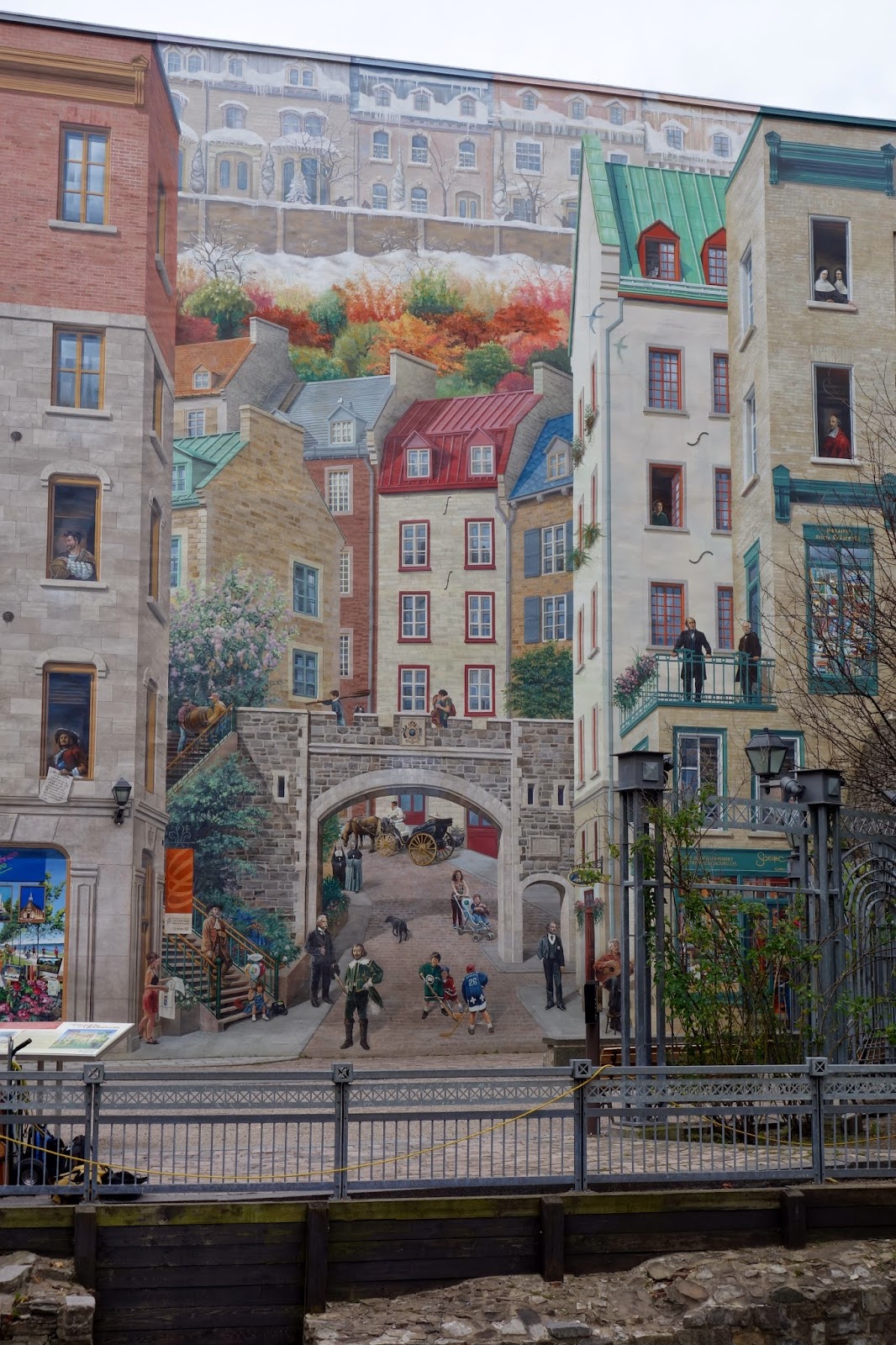 Trying to see Quebec in a Nor’easter isn’t easy, it turns out. My first try out the door resulted in being blown back inside. The wind sent people rushing either backwards or forwards or even off their feet, and the few remaining brightly-colored leaves whirling off the trees. It was freezing with the wind chill.

I had not been in the beautiful city of Quebec for many years and was looking forward to enjoying fall color while strolling in the sun through the upper town and the Plains of Abraham where in 1759 Generals Wolfe (British) and Montcalm (French) led their troops in the battle to control Canada.The British won but both generals died of mortal wounds. I wanted to stroll on the terrace in front of the Chateau Frontenac and visit the museum in the Ursuline monastery and show my husband General Montcalm’s skull (why I don’t know but the last time I saw it the relic was displayed by a 95-year old French nun who had the most beatific face I have ever seen.) It was not to be because the wind in the upper town was too strong to make headway. Instead we retreated to the lower town close to the river where we saw warnings about the coming winter and the dangers of ice falling off the buildings. 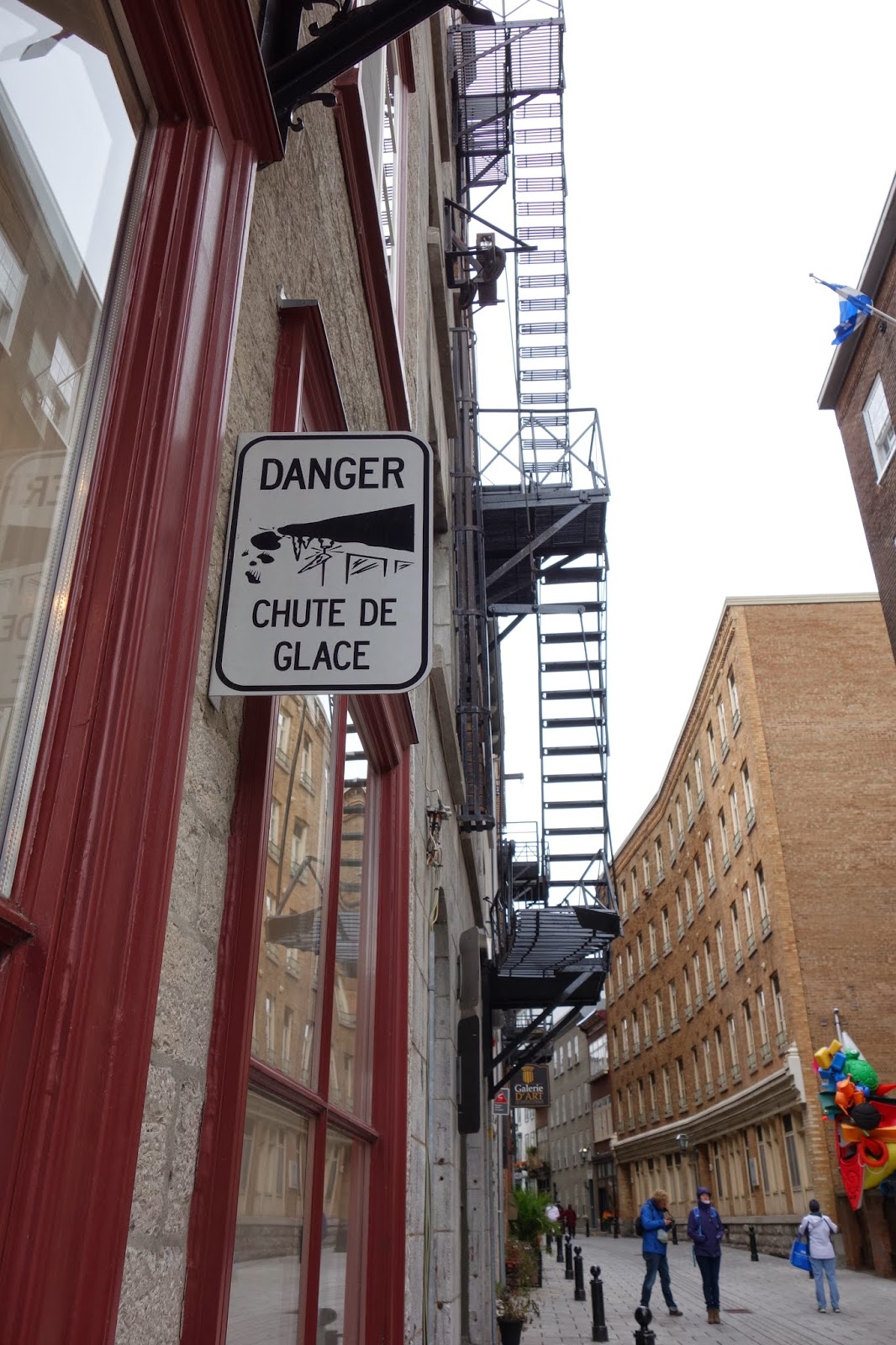 We wandered the cold streets to enjoy the street art while contemplating whether I should buy one of the fur coats in the show windows of the many furriers. 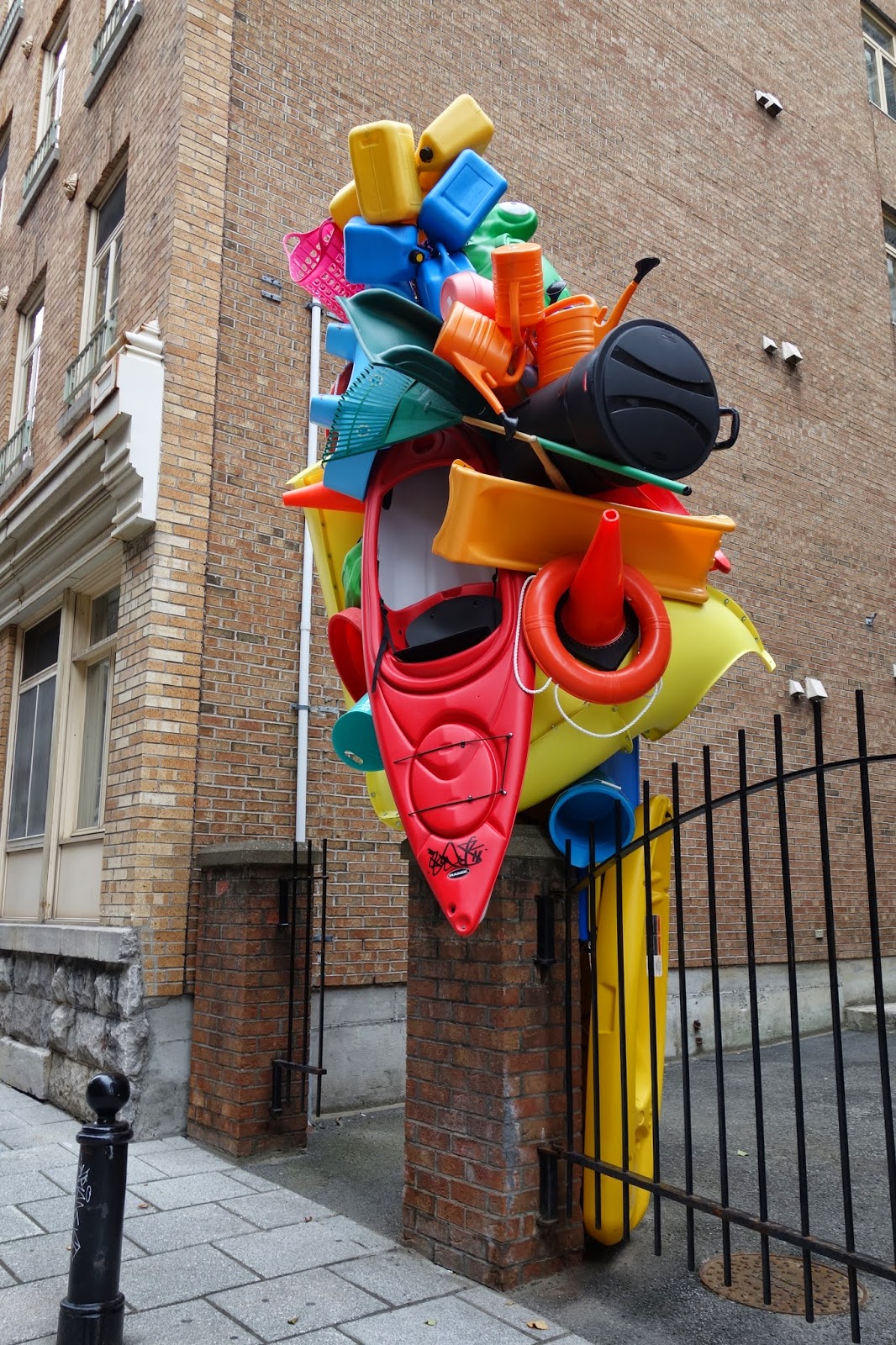 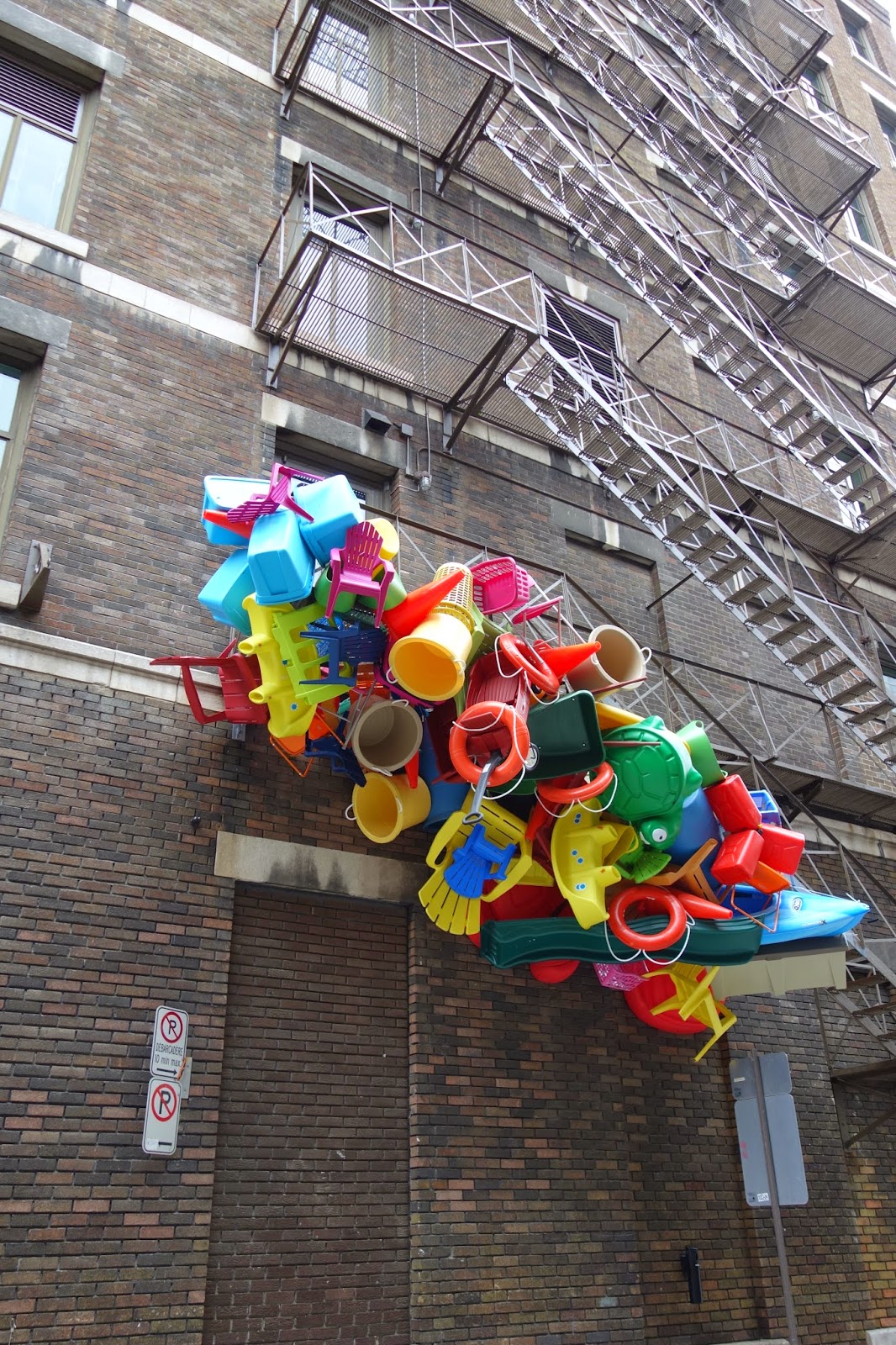 Discarding the idea, we warmed up in the lovely small church of Our Lady of the Victories, named after the French who resisted two British sieges, one in 1690 and the other in 1711. The ship model hanging in the nave is the Breze, a 17thcentury vessel that brought French troops to Quebec. 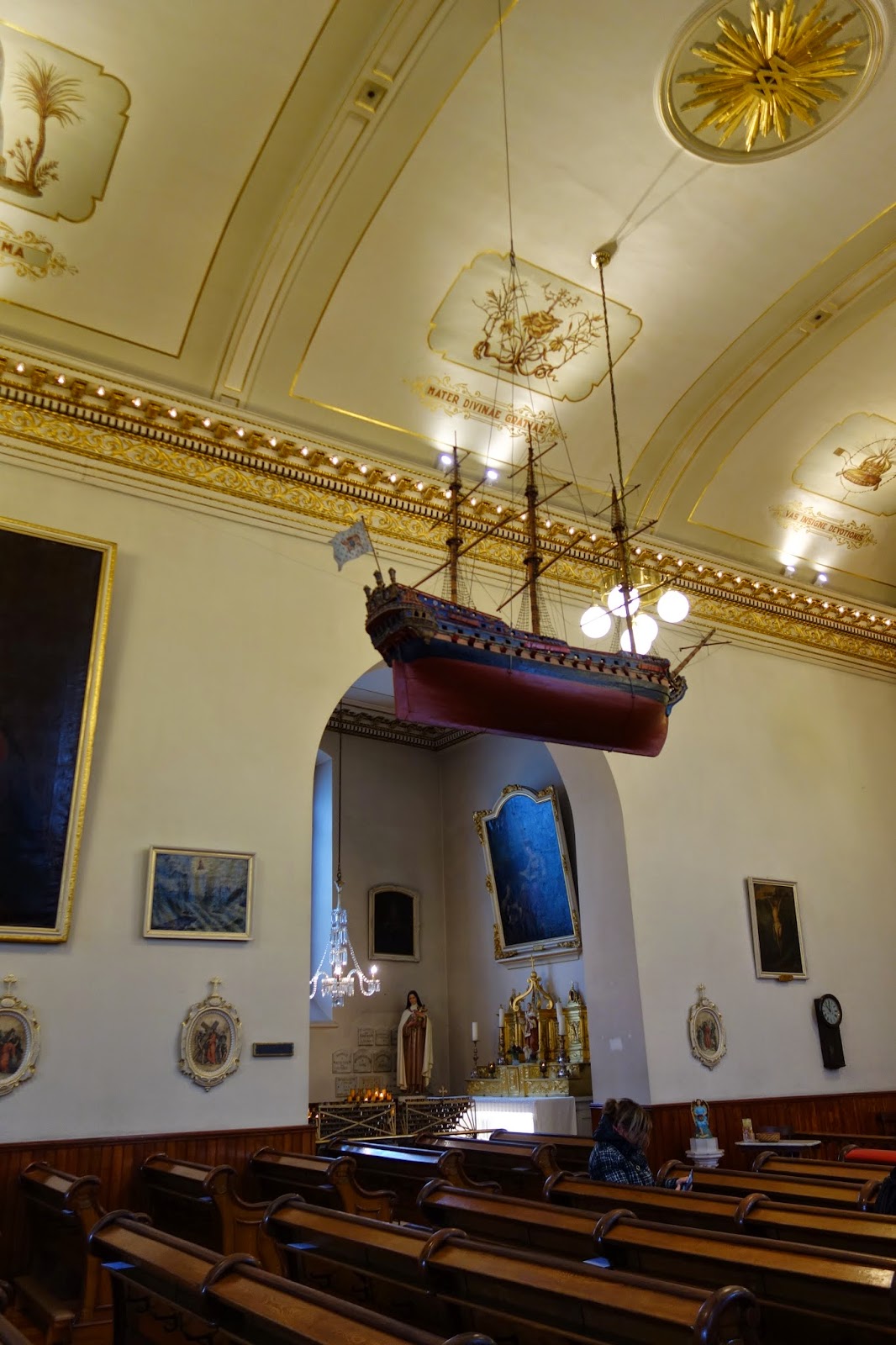 But when we passed a closed restaurant with a terrace decorated with dead branches and feathers from birds who long ago had departed for warmer climes, we gave up. Further touring of the UNESCO World Heritage Site would have to wait for another season. A taxi driver ferried us up to the looming hotel Chateau Frontenac, a great pile of stone built by the Canadian Pacific Railroad, completed in 1893. One of its many claims to fame is the meeting with Winston Churchill and Franklin Roosevelt 1943 to plan the Allied Invasion on D-day. 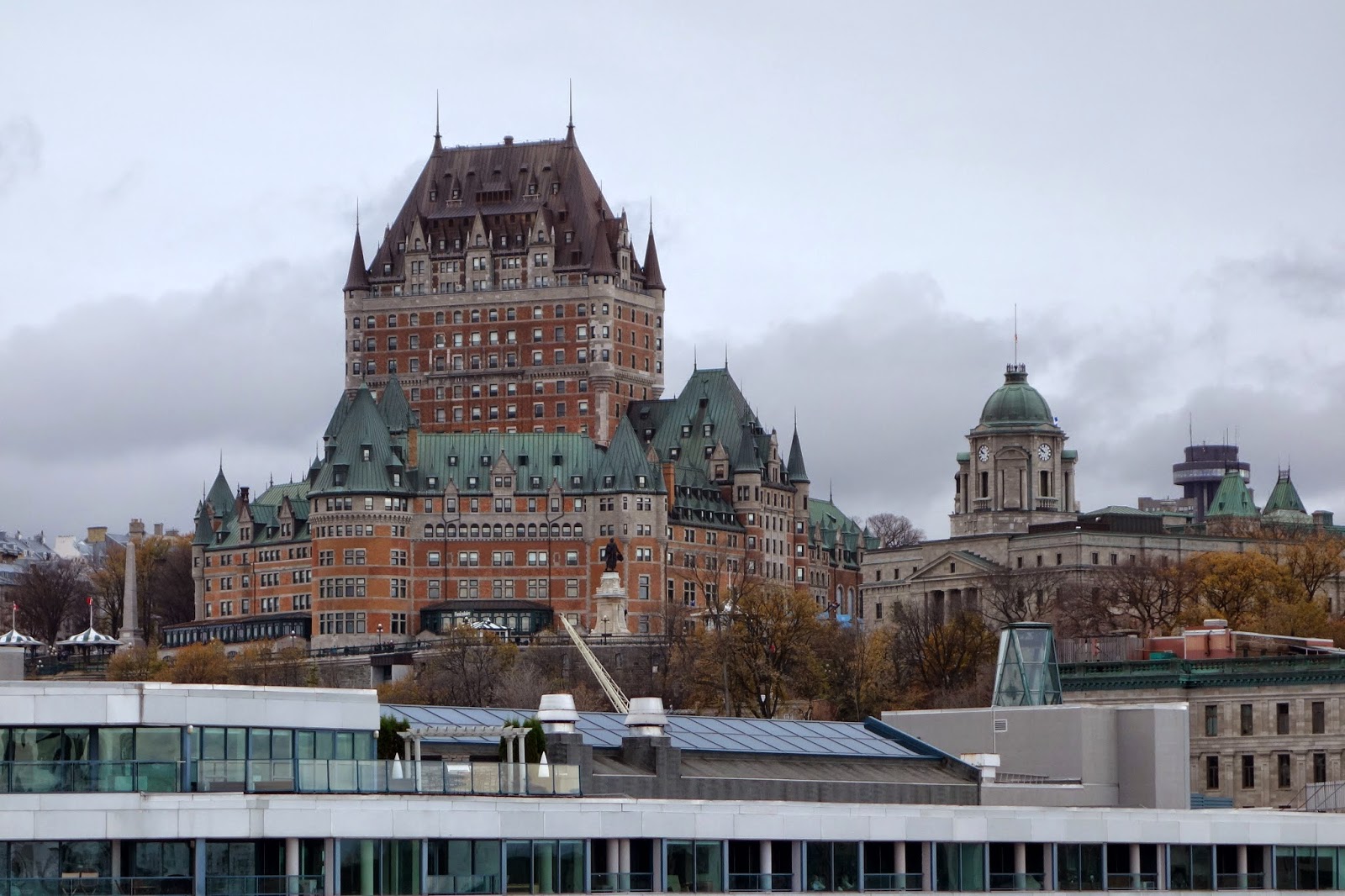 It’s now managed by the Fairmont, and is luxurious indeed. We whiled away the afternoon with lunch in the terrace restaurant, Bistro Le Sam, and at the bar called 1608, the two names memorializing the founding of the city by Samuel de Champlain in 1608. The focus on the selection of local cheese and charcuterie is highlighted on their website: http://www.fairmont.com/frontenac-quebec/pdf/lcf-1608-tasting-guide-sep-2014/. 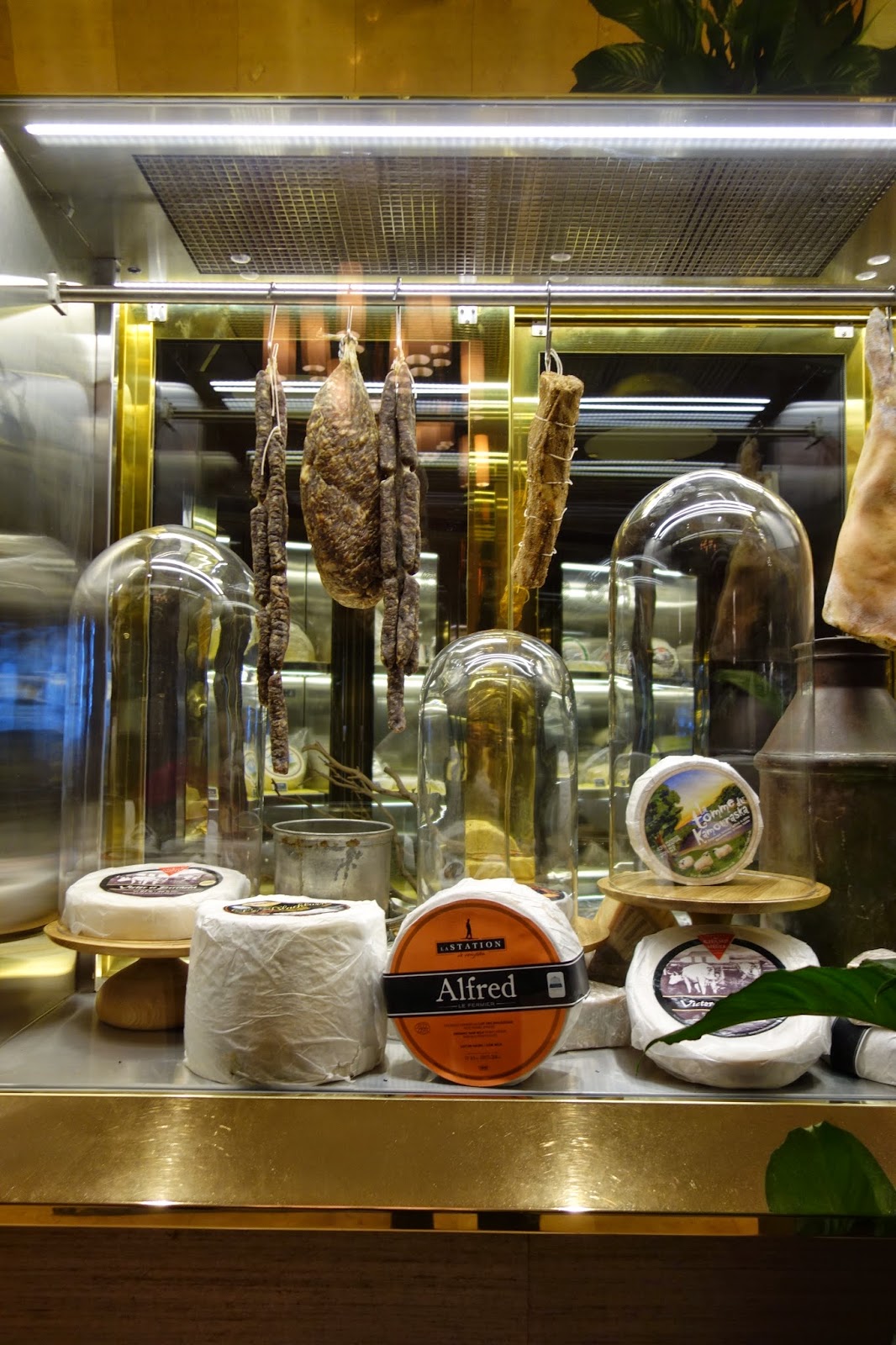 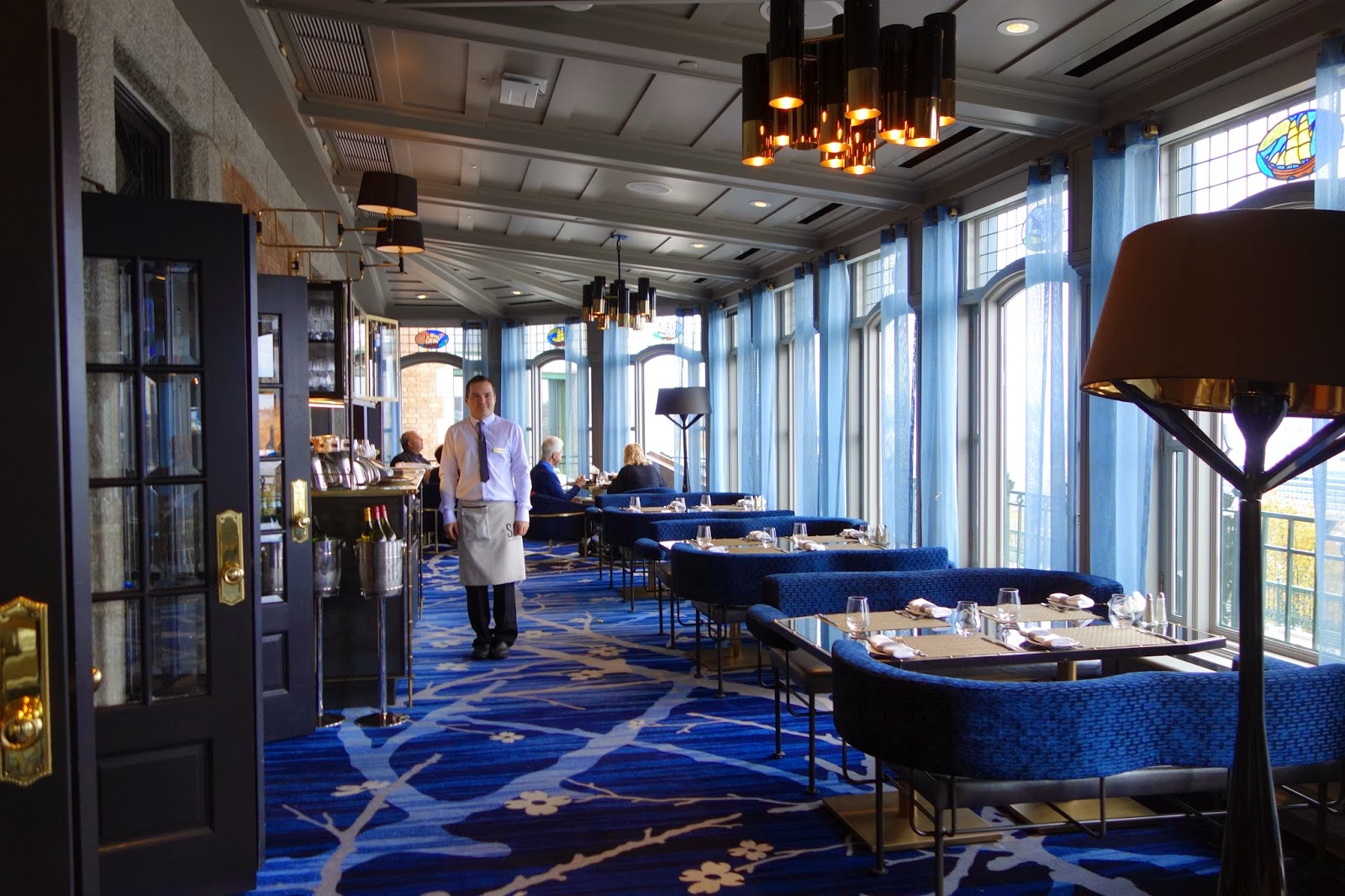 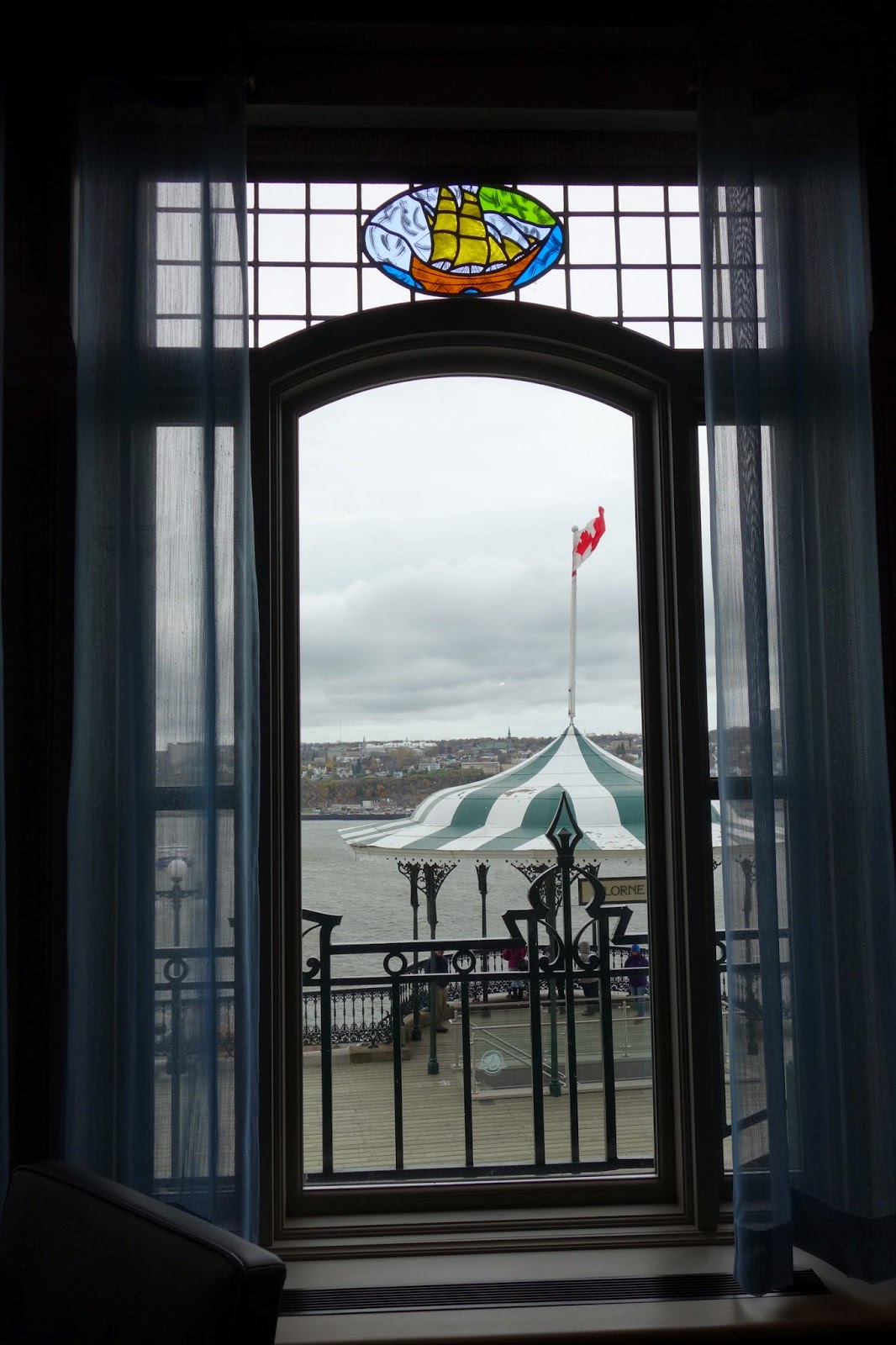 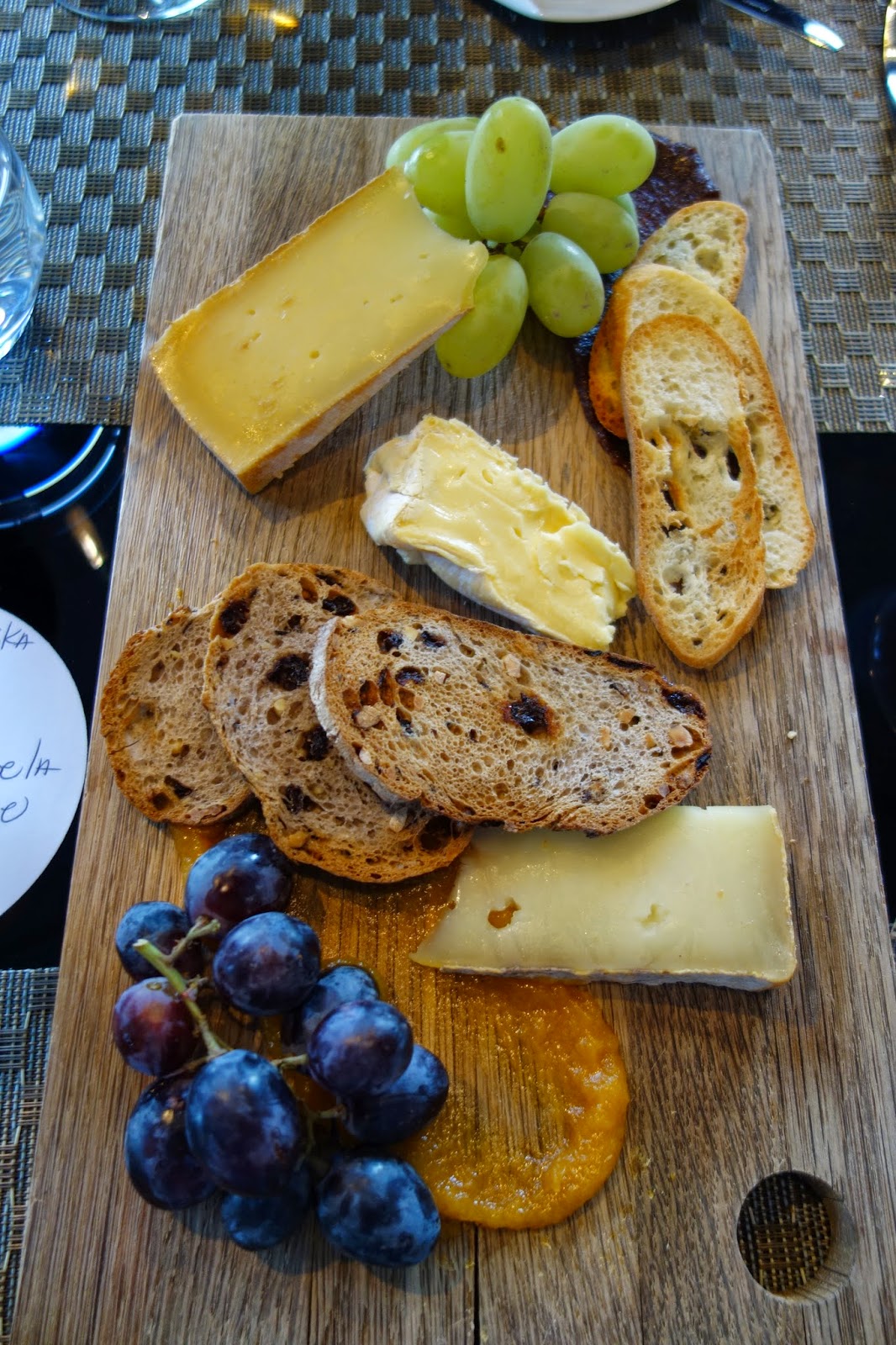 Unwilling to leave, we moved to the bar for another glass of wine before heading out into the cold. 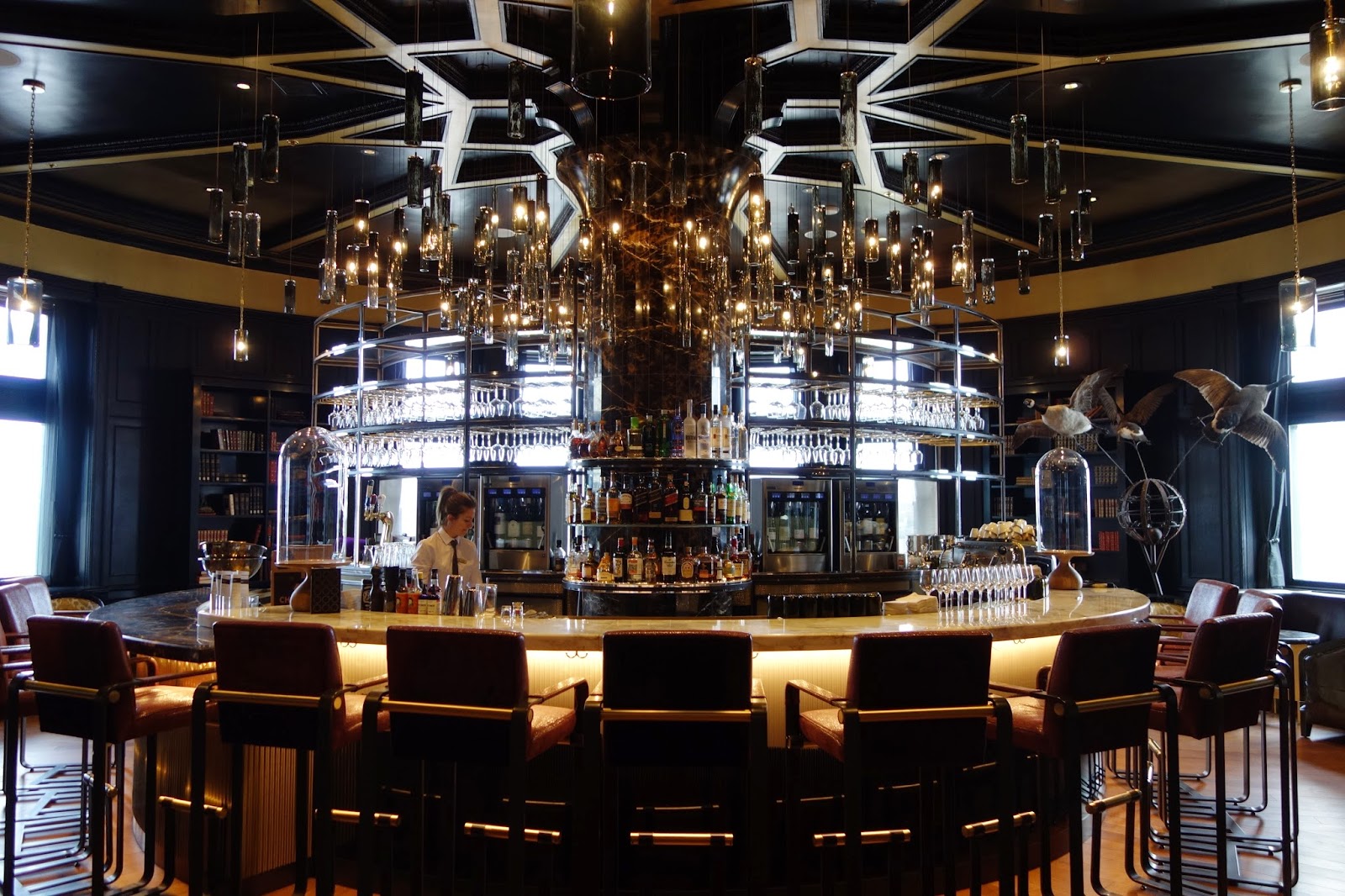 The gorgeous décor features a globe with three Canada Geese winging their way. One appeared to be flying in a southerly direction. When we put our empty glasses down we followed its lead. 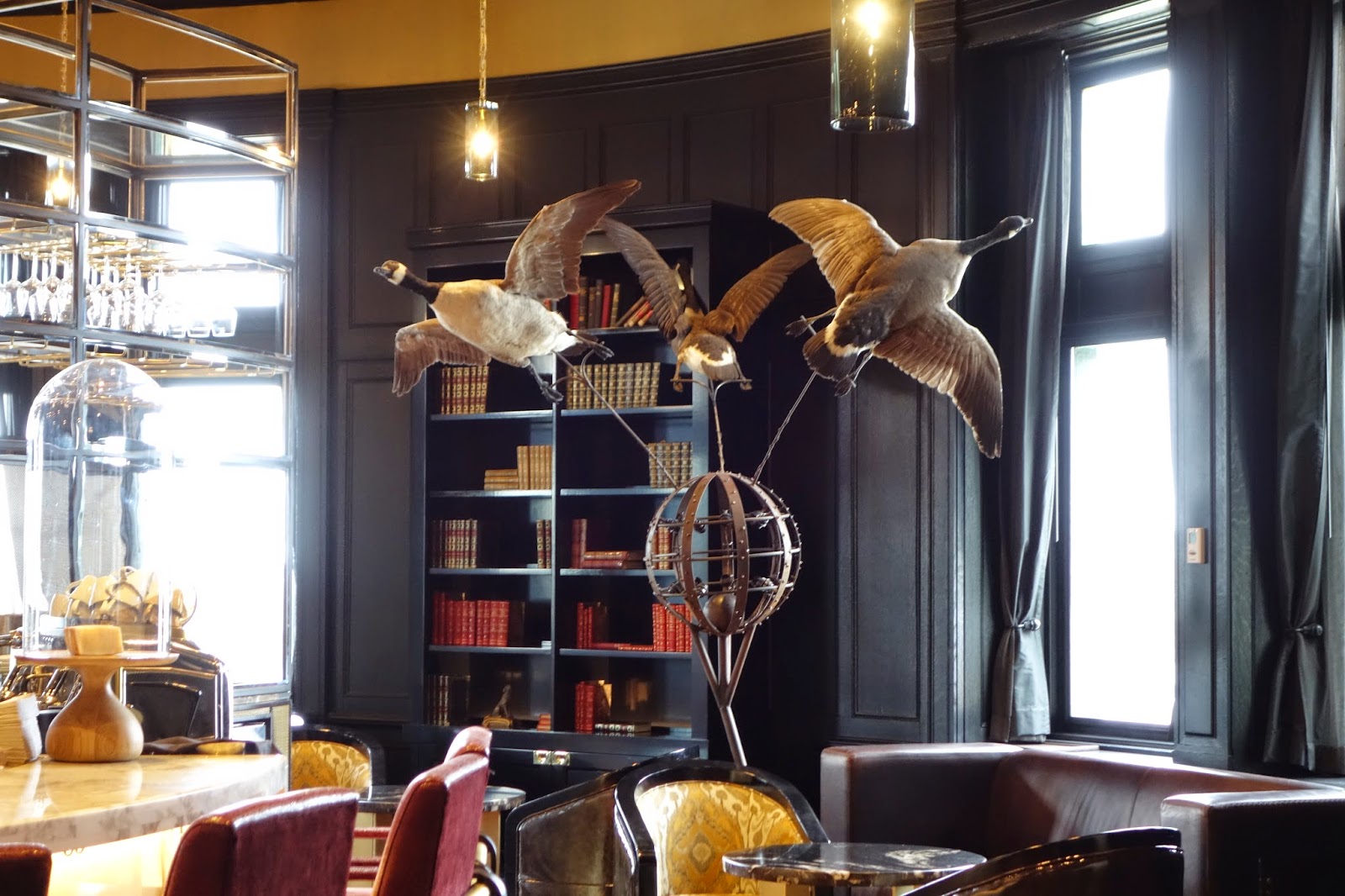 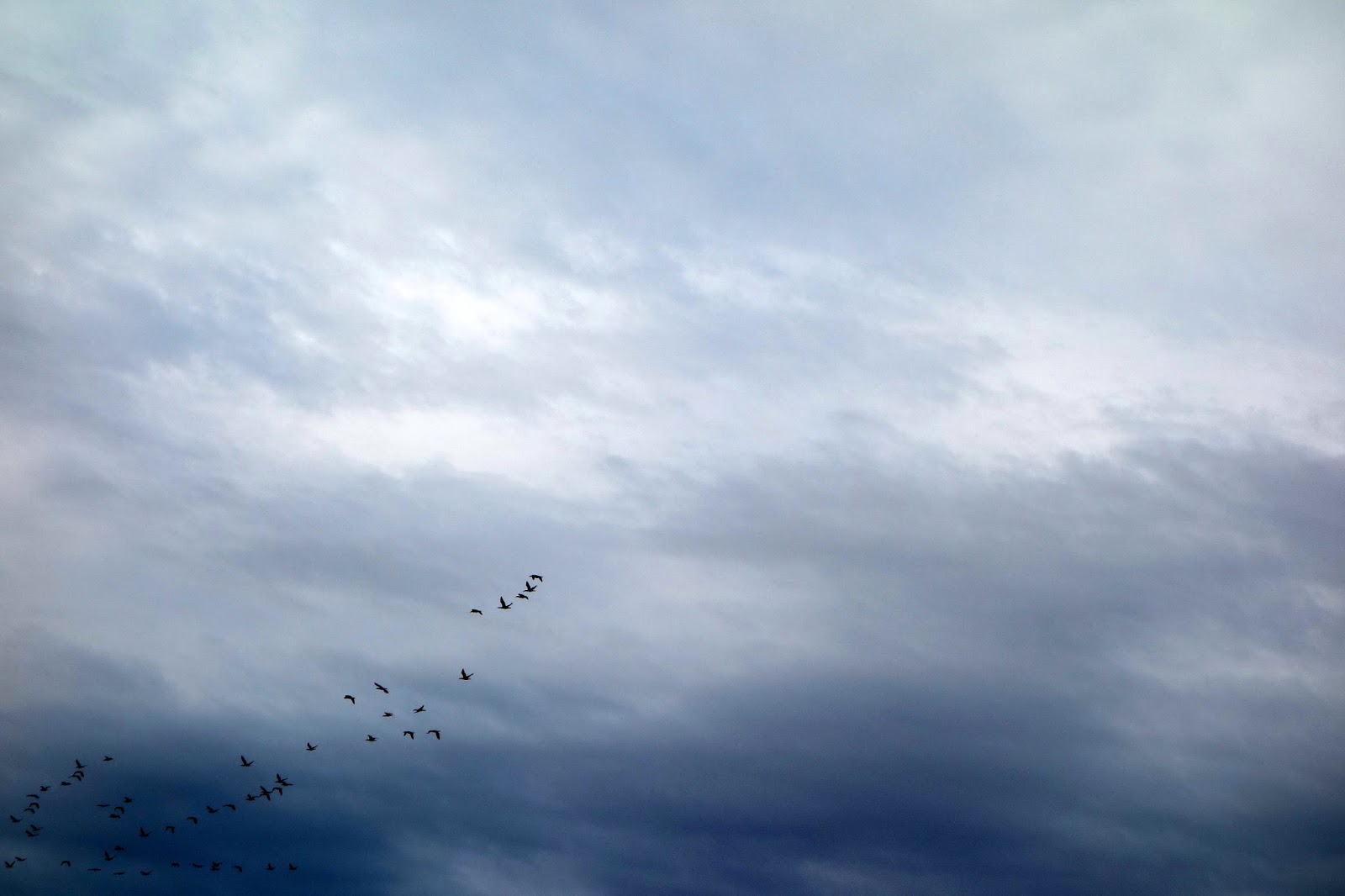