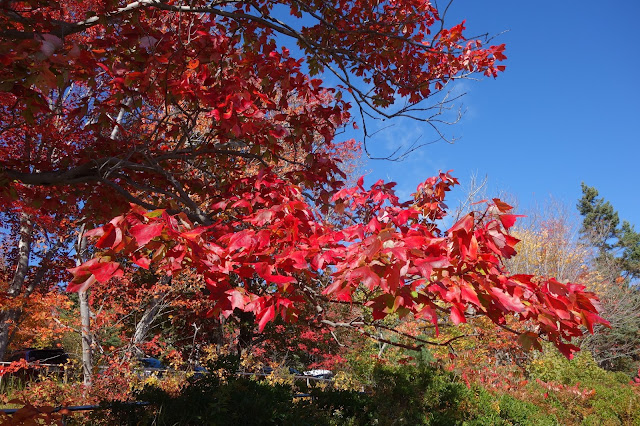 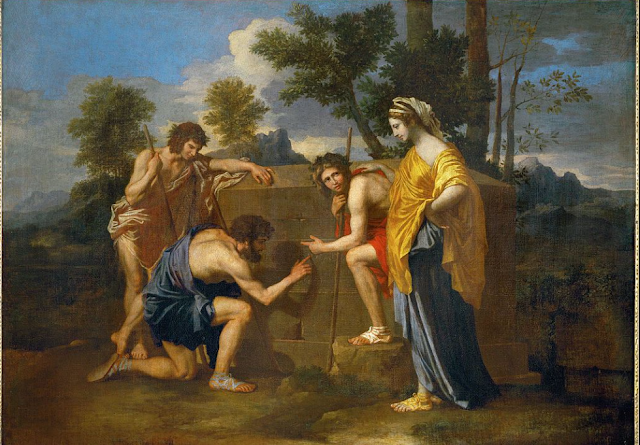 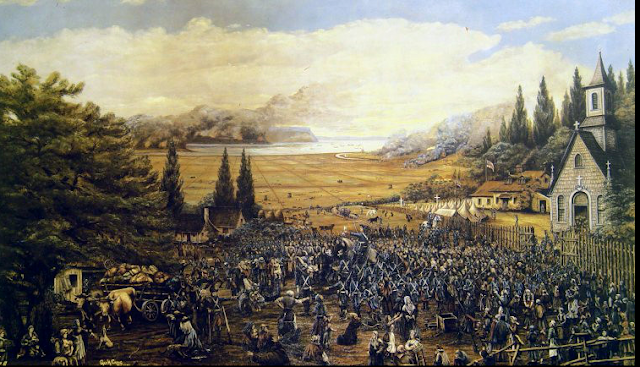 But the word also reminds me of a recent trip to Mount Desert Island and a day spent in Acadia National Park, one of the nation’s smallest, established in 1919, and the first  of our National Parks established East of the Mississippi. 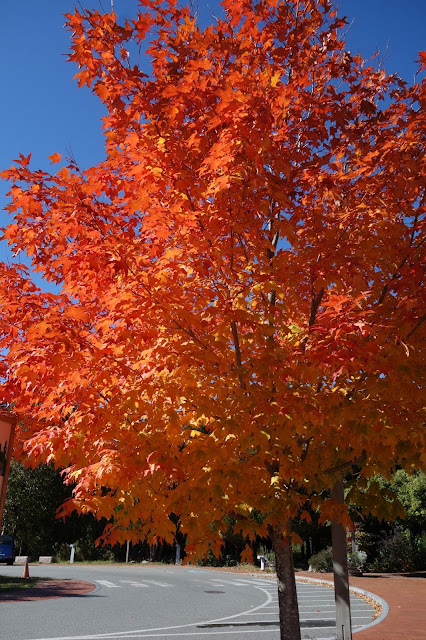 The earliest known European to visit was Samuel de Champlain who arrived in 1604. He described the island as bare and rocky, thus its name. French Jesuits began a settlement in 1613, but during the following century the island was a site of contention between the French, British and then the Americans during the Revolutionary War.
The island scenery didn’t remind me of ancient Greek Acadia with shepherds in robes, or nymphs and fauns flitting about. Instead, the landscape was a riot of fall color set against a deep blue ocean and matching sky. 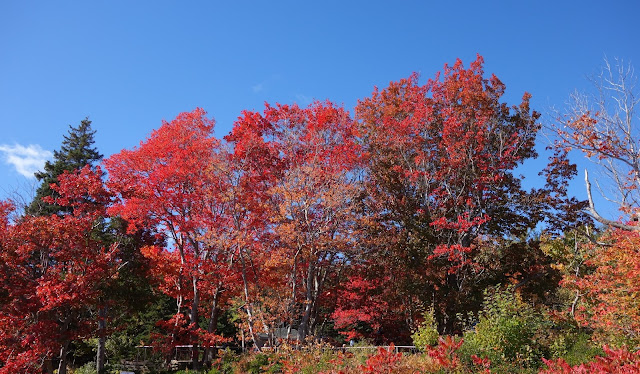 Dark Balsam fir and spruce contrasted with maples, birch, and ash, along with red-berried shrubs 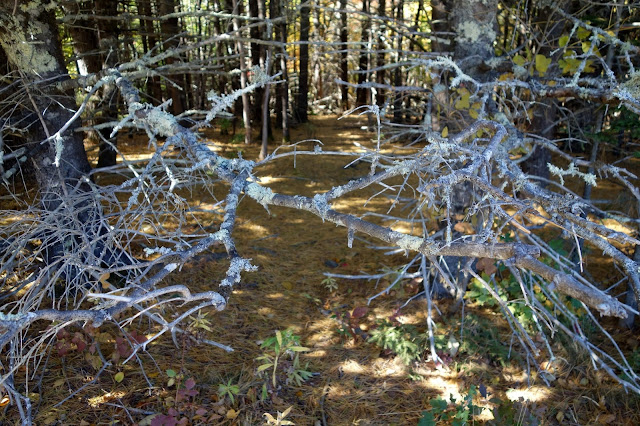 Rocks line the coast, some smooth and looking soft like the summers, others jagged reflecting the harsh winters and storms that batter the coast. 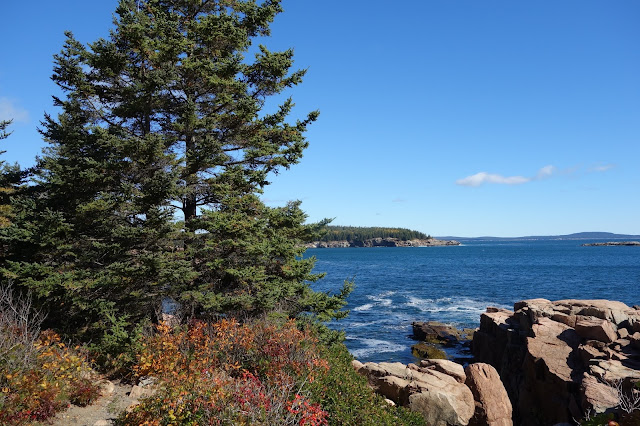 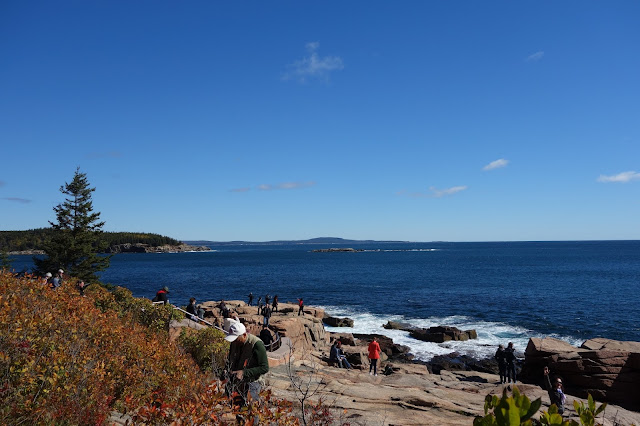 After stopping at the beautiful Jordan Pond, where a carpet of red shrubs led my eye down to the water and surrounding hills, we left the park for Northeast Harbor. Along the way, we could see carriage roads build by John D. Rockefeller who, ironically, wished to prevent automobiles on the island. They are now used for hiking, cycling, horseback riding and cross-country skiing. Rockefeller was one of the “Rusticators” who build gigantic summer “cottages” to spend time with fellow plutocrats like the Morgans, Vanderbilts, Astors, and Carnegies. Tourism became a major industry as the island was popularized by painters of the Hudson River School like Thomas Cole and Frederic Church. 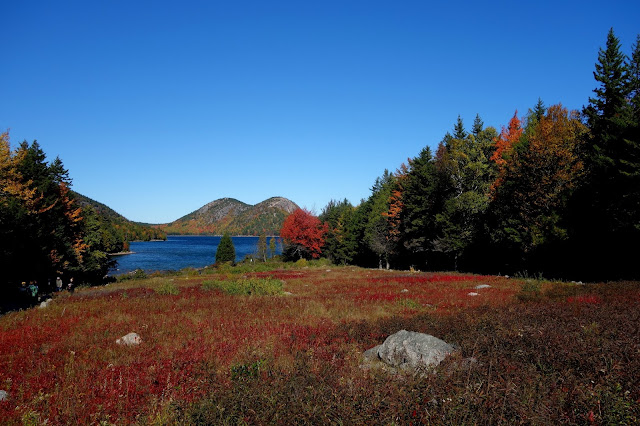 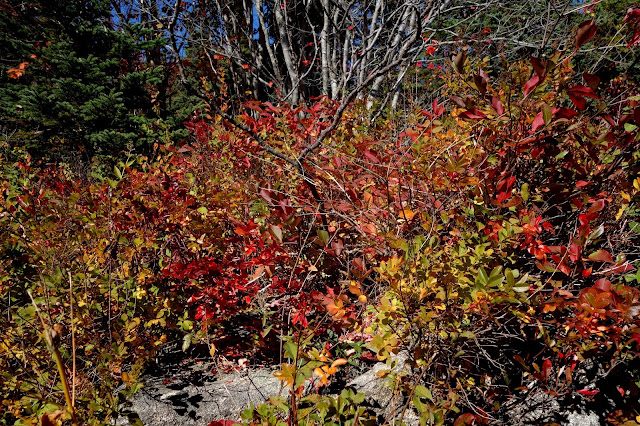 But fires burned the hotels, and the Depression and World War II put an end to the idyll except for a few. One of my favorite authors, Marguerite Yourcenar settled in Northeast Harbor in 1950 where she wrote Memoirs of Hadrian. More recently, luminaries such as Martha Stewart have come to summer.

The little town was quiet, boutiques closing for the season and lobster boats including the Dauntless, tied up or taken out of the water and readied for winter. 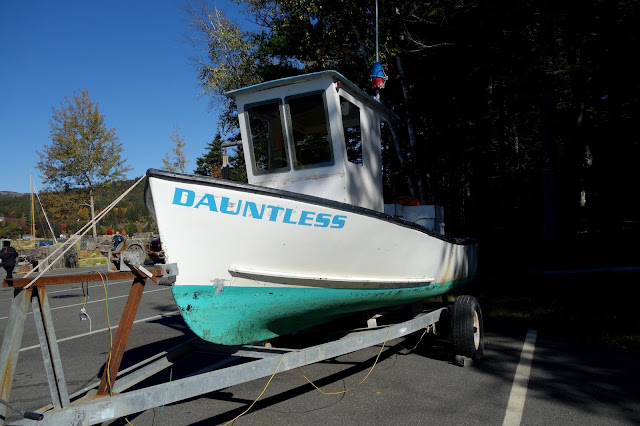 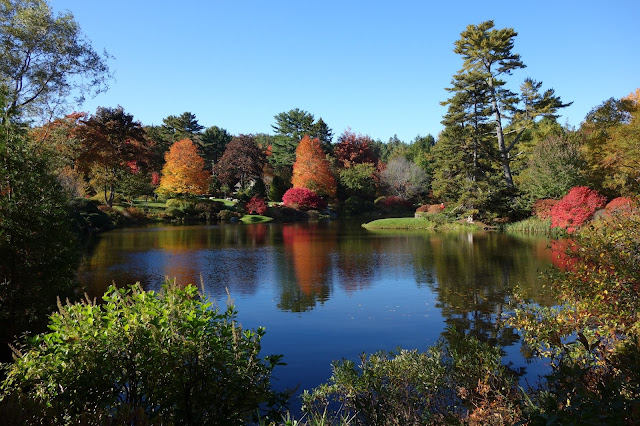 But Asticou Inn was open and offering traditional and irresistible Maine food: lobster and blueberry pie served on a sunny deck overlooking the water. 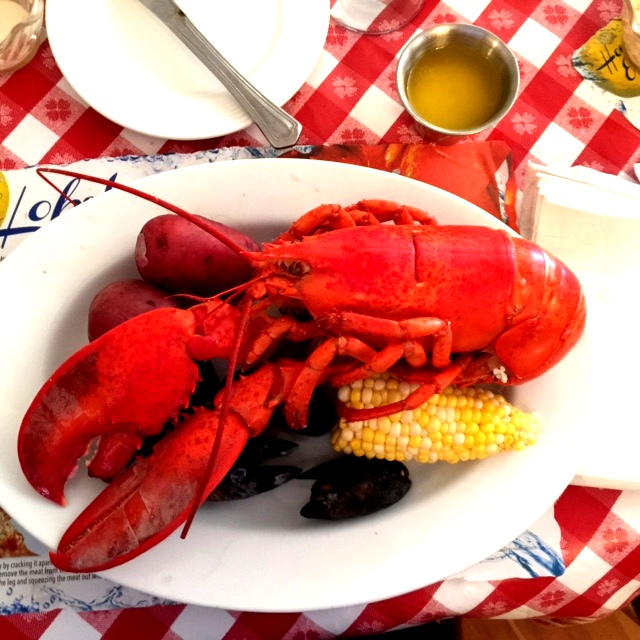 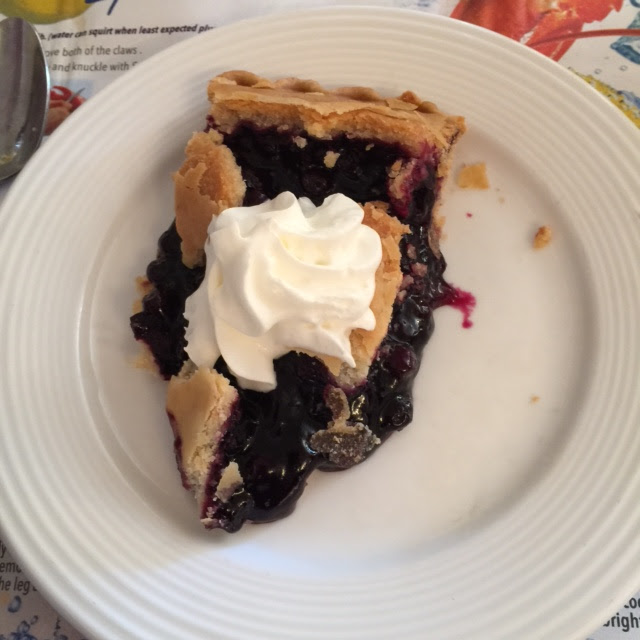 After, we returned to the park and the summit of windswept Cadillac Mountain to walk and enjoy the scenery while working off some of the calories. While the summit at 1528 feet doesn’t really qualify as a mountain to this Westerner, the sweeping view of water and islands  provided a perfect end to a memorable day. 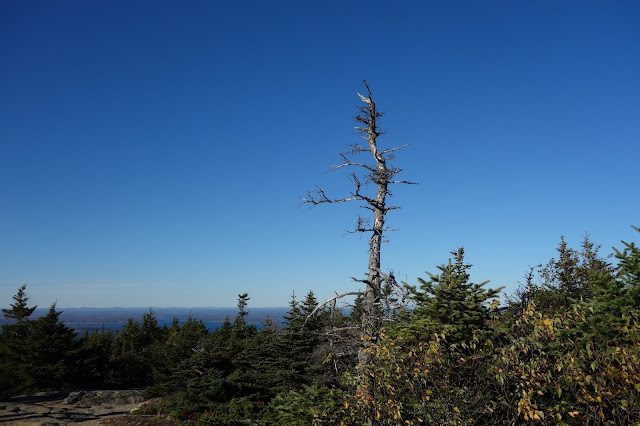