By
judithworks
on
Whatever the weather, Dublin is a fine place to visit.
Of course it rained, but being from the Pacific Northwest, my husband and I felt right at home. The rain fell on the sad cluster of statues memorializing the Potato Famine and it fell in the city center. It stopped briefly for Molly Maguire before it began to fall on us. 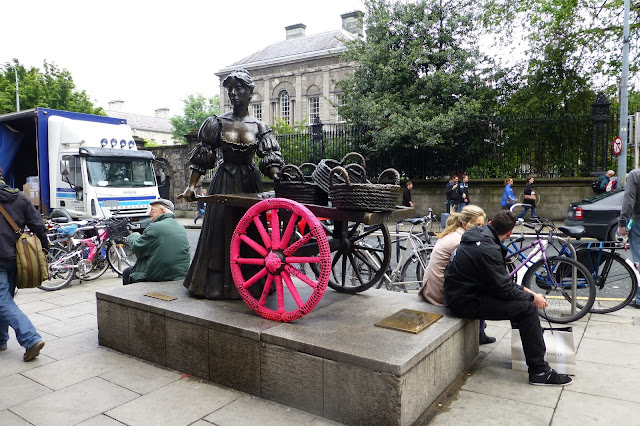 We were armed with an umbrella but a vending machine would have saved us if we’d forgotten ours. 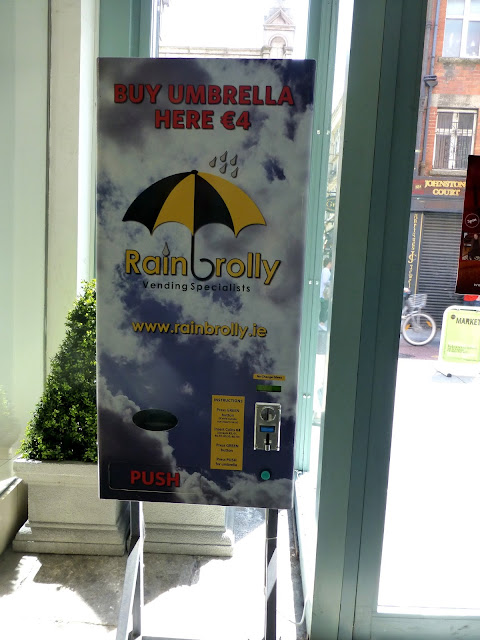 And anyway a traditional pub beckoned for an early lunch. We shook off our umbrellas and raincoats and slid into a booth. Ah, warmth, food, and beer!  Too early for music although that was good because we never would have left. 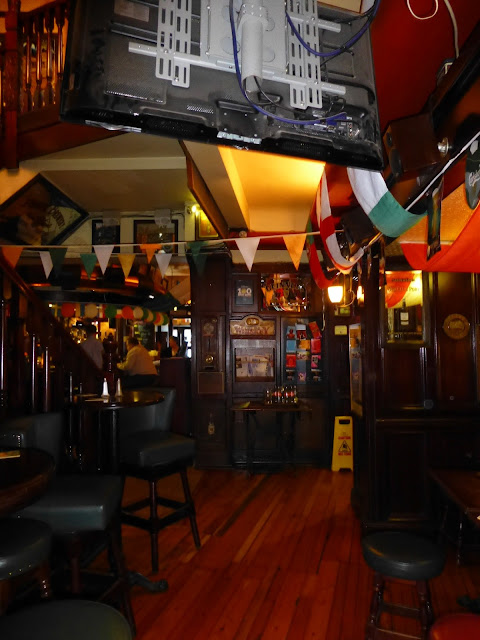 There were two major sites to explore on that rainy day –first was the Long Room of the Trinity College Library, one of the most famous libraries in the world. Not highly decorated like some in other parts of Europe, but two floors of wonders. The library was founded in 1592 although the current building dates from 1712. We’ve all had the problem of sagging library shelves, and so too this library. By the late 1850s the floor was sagging and the ceiling was near collapse. After extensive work to shore it up it could accommodate 250,000 volumes. Among them are a first edition of Martin Luther’s Old Testament, the proclamation of the Irish Republic in 1916 and a medieval Celtic harp.
But the highlight for any visitor is the Book of Kells, a magnificent and lavishly decorated set of gospels produced between the seventh and ninth century in Ireland. The decorations are full of intricate Celtic swirls and knots, many of the angels and saints have red hair as does the Virgin and Child. Some of the animals are unidentifiable. Umberto Eco, who knew visionary scenes when he saw them, called the book “The product of cold blood hallucination” It was an apt remark.
Much of the decoration repeats standard Christian themes but some illustrations are puzzling such as four men with interlaced legs pulling each other’s beards. Some of the text is inaccurate and there are places where lines have been repeated by mistake or corrections made by some better-educated monk. 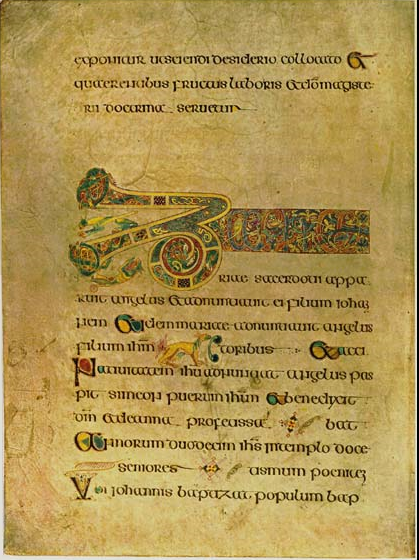 The vellum manuscript is extremely fragile and encased in protective glass with the book open to a different set of pages every day. We had the pleasure of looking at a page of illuminated script, and the unforgettable Virgin and Child – a masterpiece of design but surely one of the oddest depictions of the scene ever painted. The Virgin wears a red dress and has heavy dark eyebrows with a tiny pinched mouth. Her legs seem to dwindle to half what they normally would be. She stares into the distance away from the viewer while holding a child that doesn’t look anything like a child of any age, let alone a newborn. He is very long, with feet dangling below her knees and is dressed in green. With jutting chin, pointed nose and a mane of red hair, the child looks to be about forty. 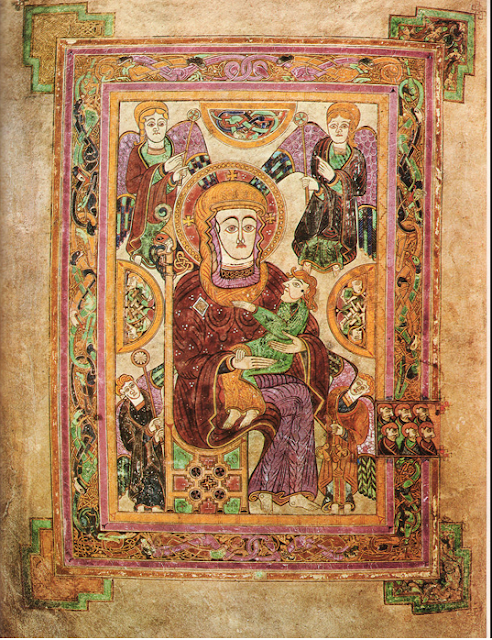 I attempted to picture monks in a cold and dank scriptorium sketching out the design and beginning work that must have taken a lifetime for some. The whole effect of the book is fantastic, a product of visions produced by isolation and total devotion to non-worldly events. A world that I could never know or understand.

We returned to reality with a wedding party outside. It was raining but one of the groomsmen protected the bride with an umbrella while families gathered to help celebrate. It doesn’t take rain to stop happiness. 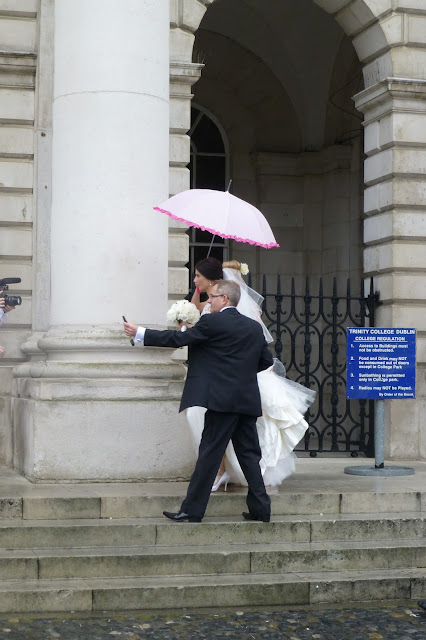 We moved on to the nearby National Museum of Ireland which is devoted to archeology. The Victorian-era building is filled with treasures including beautiful Celtic gold of stunning workmanship. 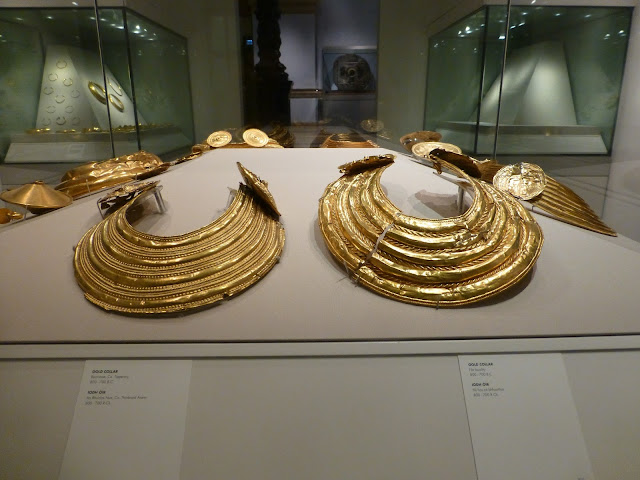 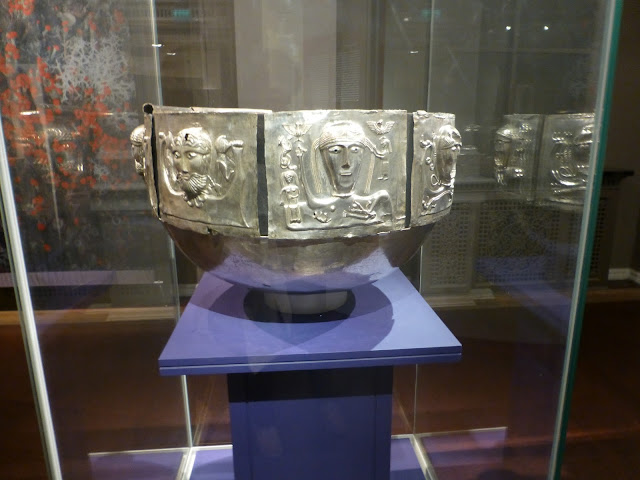 The museum also has several terrifying bog people who were thrown into the peat where they were preserved over millennia. Common throughout Northern Era, they all appear to have been murdered. Not an exhibit for the squeamish. 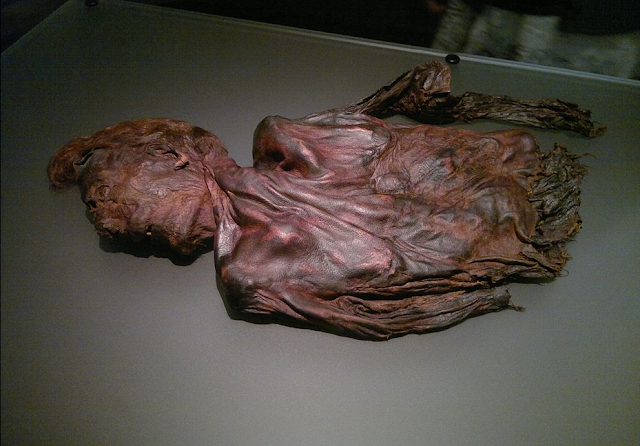 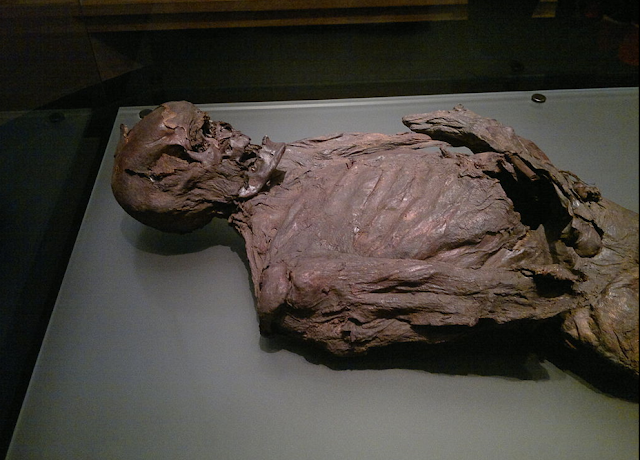 Enough for one day, we dodged the rain and found another pub to contemplate the mysteries of the ancient world over a pint or two. 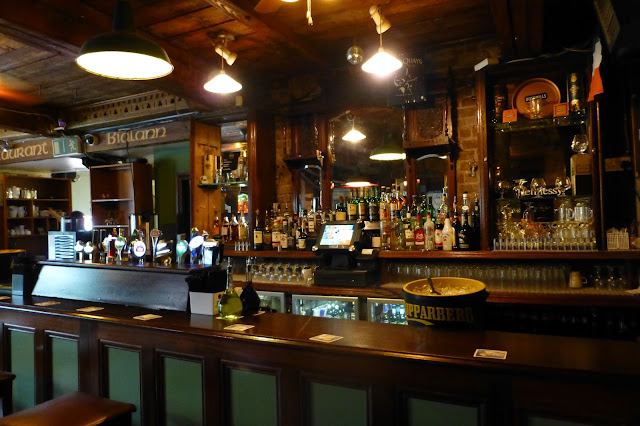