By
judithworks
on
It was easy to see where the term “ritzy” came from when the liveried doorman opened the portal for my daughter and me to enter the Ritz Hotel in London. She had arranged for tea at the hallowed hotel as a special treat. The lobby, filled with stylishly-dressed people who looked like they belonged there, was overwhelming with its marble floors, heavy silk draperies, enormous flower arrangements, and discreet shops filled with expensive jewelry. Anyone fond of minimalist décor would cover their eyes as they gasped in anguish. I loved it! 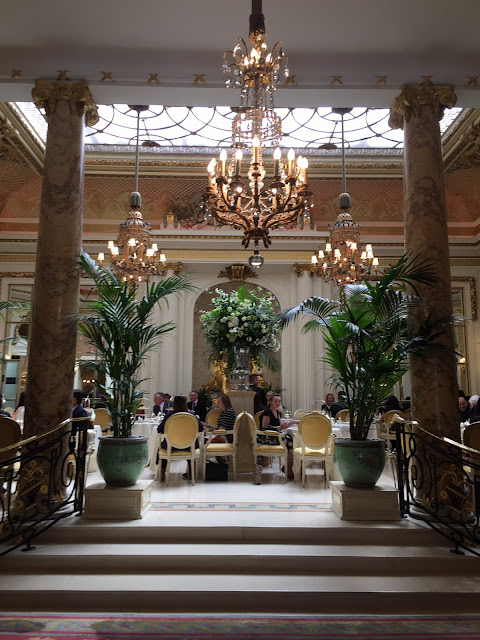 We were ushered to our table in the Palm Court by a tail-coated maître d’ with an iPad. The atmosphere was even more sumptuous than the lobby with a glittering chandelier hanging from the skylight, gold-framed mirrors, a gold-painted sculpture of cherubs with scaly legs and fish-fin feet holding up a heraldic shield (presumably with the Ritz insignia) while a half-naked woman below gazes upward in wonder. 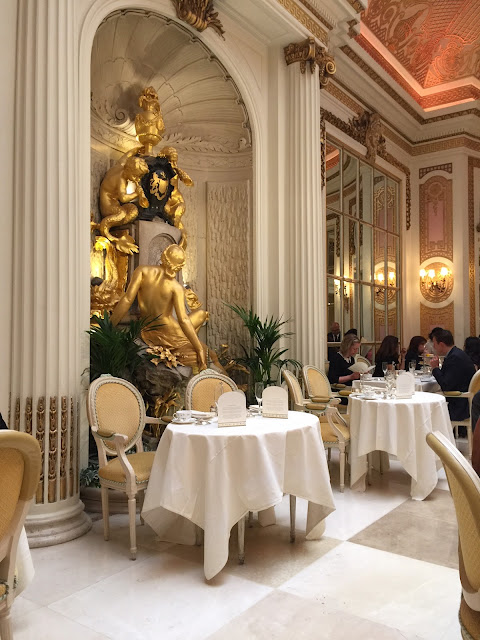 A gigantic flower arrangement on a pedestal, potted palms and a grand piano completed the scene. The pianist played show tunes to provide a background to the tinkling of china cups and saucers and light conversations. 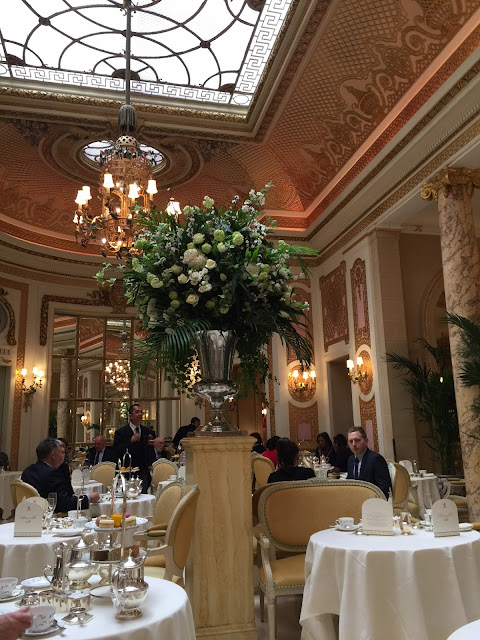 I glanced at other guests seated at tables nearby. All were middle-aged, the men wore suits and ties and the women were dressed for afternoon tea, like us. Our waiter introduced himself, and would we like him to bring a glass of Champagne when he returned with the menu. Yes, we would.
As we took the first sip the maître d’ escorted a young couple to their table directly behind ours. My eyes and those of guests seated at the neighboring tables followed the couple; conversations paused. He wore a skinny suit and a skinny tie, someone from the design or fashion world I surmised. She must have been a model: nearly six feet tall with long straight black hair and bangs brushing her eyes, a low cut blouse and a skirt cut up to – well, you can imagine. But my eyes focused on her shoes: Red suede, backless with four-inch heels. I sighed in envy even though my feet hurt just imagining wearing them.
Our waiter returned with the Champagne and handed us a menu with all the tea selections: Eighteen different varieties selected by the hotel tea sommelier, including such exotics as Rose Congou, Dragon Pearls and Russian Caravan. We decided on the house special: Ritz Royal Blend. When he brought the tea and a stand filled with sandwiches and cakes, he asked if we’d like a photo to remember the event. Indeed, yes, even though it marked us as tourists. 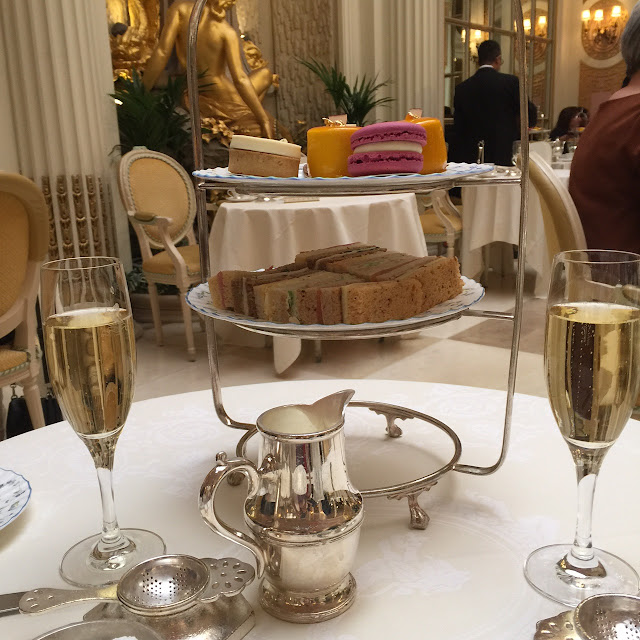 The little sandwiches were quintessentially English: cucumber with cream cheese and chives, Scottish smoked salmon, egg mayonnaise with shallots and watercress; the pastries were French and divine. The last act was scones with Cornish clotted cream and strawberry preserves. It was impossible to finish everything. Our waiter asked if we wanted a little box. 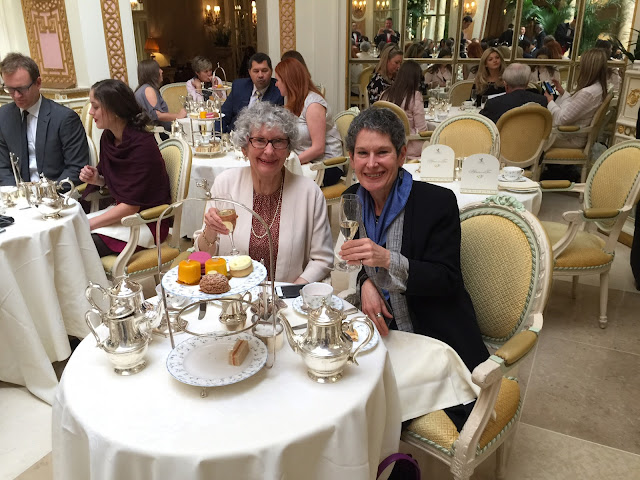 After the last drip was poured from the teapot and final sip of Champagne was taken we picked up our box with the Ritz insignia and reluctantly gathered our raincoats – the nearby National Gallery would be an ideal place to walk off the indulgence. The pianist began his rendition of Puttin on the Ritz. As we descended the several stairs back to the main lobby I turned to take one last glance. A man supported an ancient woman as they too departed. He wore the standard suit. She wore a wreath of flowers on her sparse gray hair, a house dress, and UGG boots.

What shall I do with my Comfort bear given to thos

Hanging on despite the cold rain #winter #daisy #

Some color during these dark times #primrose #purp