By
judithworks
on
Hooray! It’s Panettone season around here. 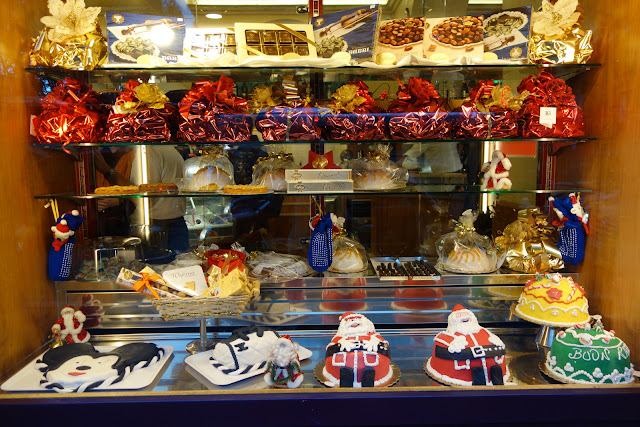 Actually, it’s the holiday season. In the US this means from Thanksgiving to New Year’s day. So I have about five weeks to indulge in my favorite treat: panettone, that traditional sweet and oh-so-delicious Italian Christmas bread. About the first of November the stores, even in my corner of Puget Sound in the Pacific Northwest, begin stacking up the colorful boxes in windows and shelves and I begin loading up the shopping cart. The bread is distinctive – tall and domed and nestled in a paper cuff. The height comes from letting the dough rise three times over a period of 20 hours. It usually weighs a kilo (just over 2 lbs.) and is sturdy enough to last for days without going stale tho’ probably not as long as my mother’s fruit cake that was tough enough to survive a dogsled trek to the North Pole.  The packaging, which gets ever-more elaborate, almost always features a ribbon handle or bow all the better to carry it home. During our time in Italy, I often crowded into a jammed car on the Metro to share what little space there was with others toting their own panetonne. 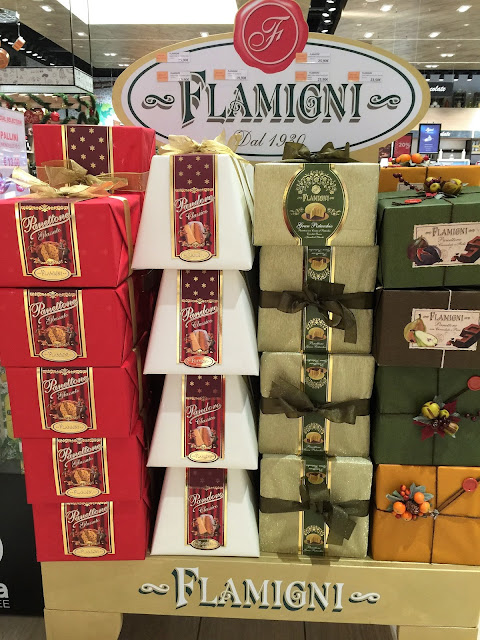 Ideal for hostess gifts, I also use it for non-traditional recipes like bread pudding and French toast (I should call it Italian toast) although there’s nothing better than a simple wedge toasted and served with orange juice and coffee on a Christmas morning in front of the fireplace. 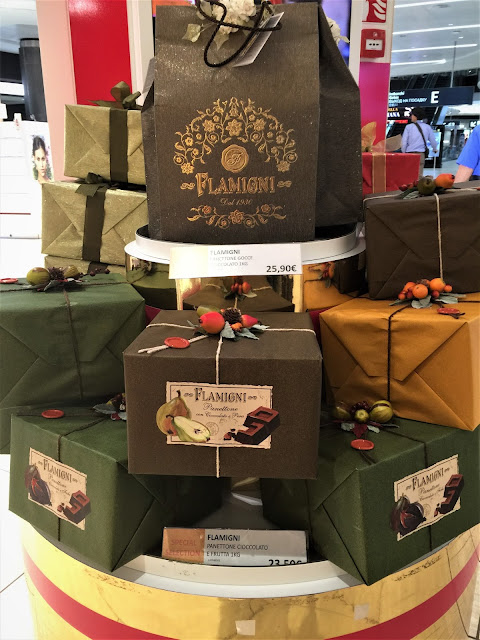 For those of you who aren’t familiar with the bread: The current iteration originated in Milan in the early 20thcentury but it has ancient origins, possibly back to Roman times when the aristocrats dined on a leavened bread sweetened with honey. A slightly more plausible origin is a story about a cake flavored with lime zest and raisins served at the Duke of Milan’s table in the 15th century. Attesting to its popularity, it soon began to be depicted in paintings, and in the 18thcentury a “Pane di Tono” or luxury cake was mentioned by an Italian writer, Pietro Verri. Whatever the earlier varieties contained, modern bakers can’t resist experimenting with additions beyond raisins such as chocolate, dried figs, pears, orange or citron peel, mascarpone, or sweet liqueur to tempt the shopper. 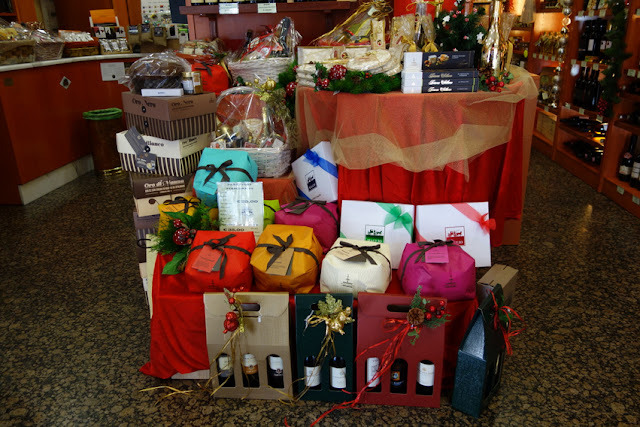 How could anyone resist?  Not me!

All photos copyrighted by Judith Works