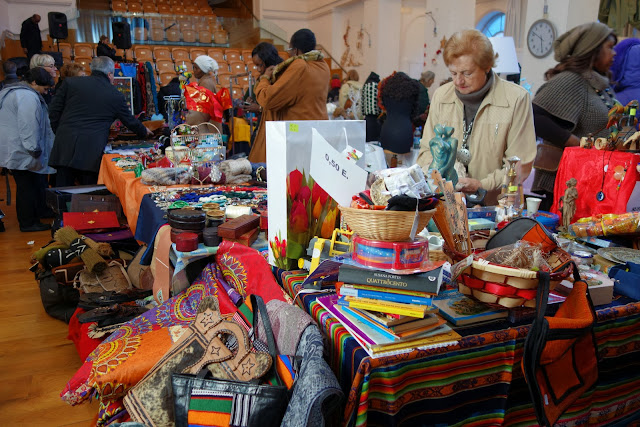 We paused at this shop on the way to Piazza Navona to inspect their treats: 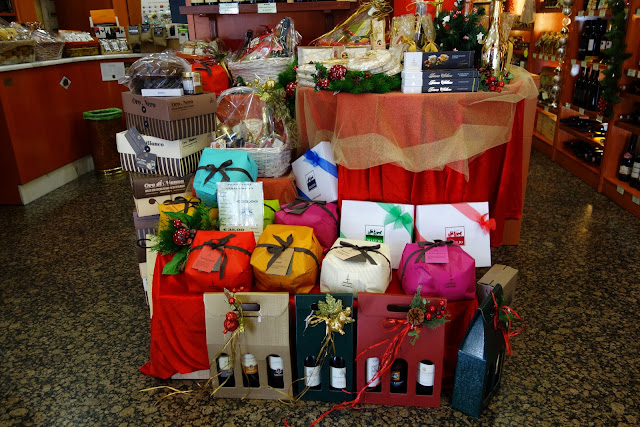 Next stop was wonderful Piazza Navona where the traditional Christmas market was being set up. 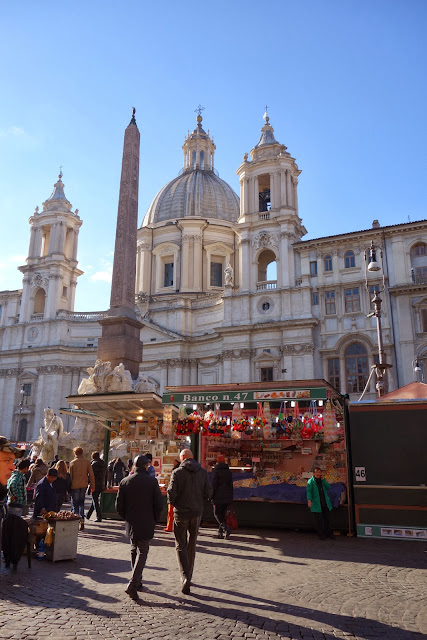 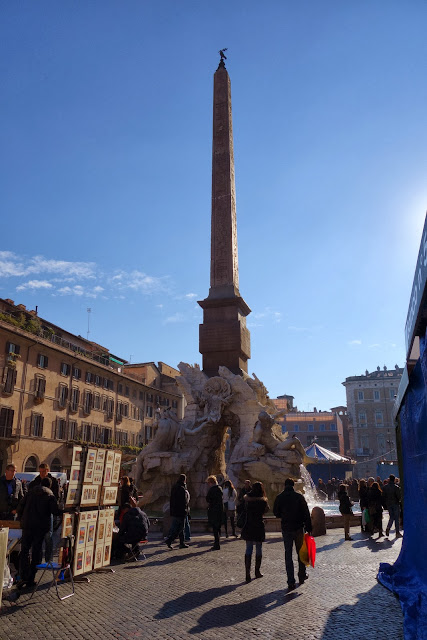 One of the most important traditions is that of a Nativity Scene, first popularized by St. Francis in the 1200s. Many stands feature enormous selections of figures to make your own: the Holy Family, peasants and now some Nelson Mandelas, food, animals and cork-bark shelters for angels to hover over. 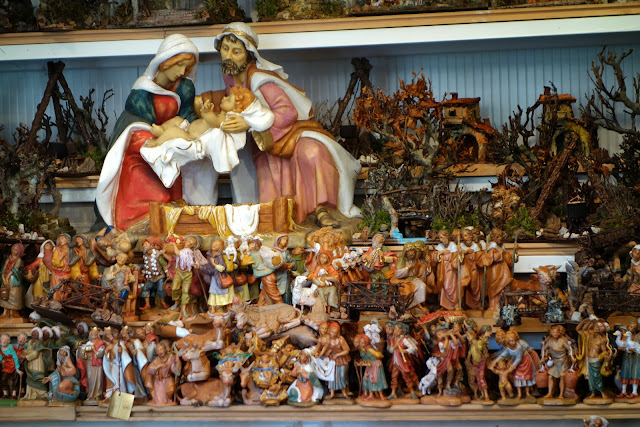 And of course there are loads of stalls filled with toys. 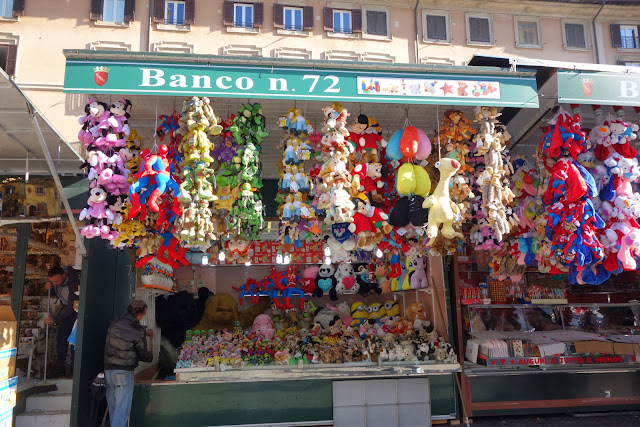 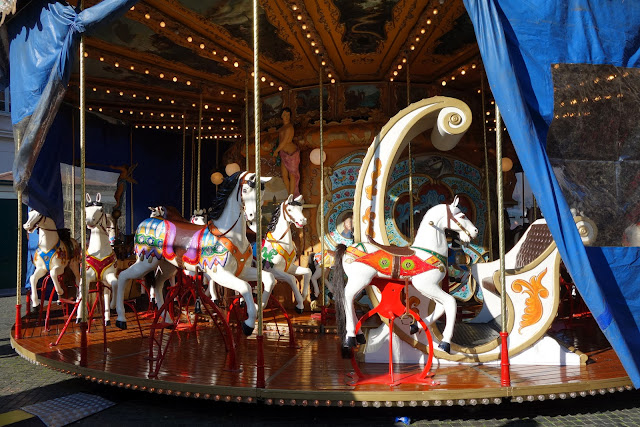 And, the most important, the wizened old grannies called befane who fly through the air astride
broomsticks. La Befana is the witch who brings Christmas treats to children if they are good and coal if they have been bad. She arrives on the night of January 5th to ensure gifts are ready on Epiphany morning in remembrance of the Gifts of the Magi. But no real worries – the “coal” is really black candy, so bambini are never very worried.

In case you want to know more here’s a delightful clip:
http://www.youtube.com/watch?feature=player_embedded&v=meR3gMhtfPE 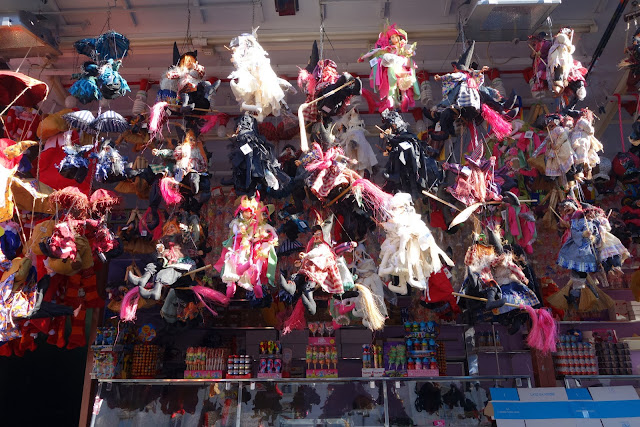 When it was time for a snack we stopped by the chestnut vendor: 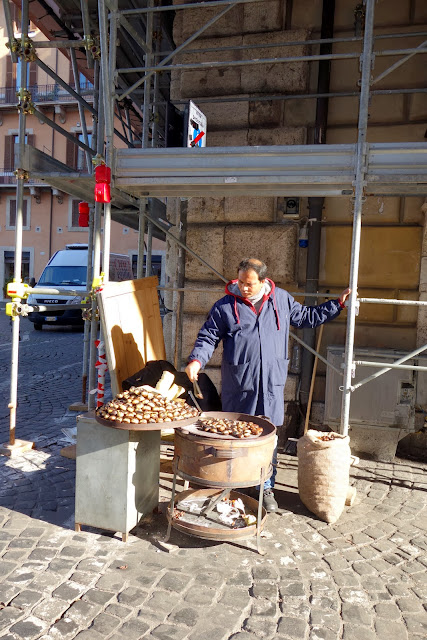 Finally, ready for a return to our hotel we paused at the Pasticceria Barberini on the Via Marmorata for a coffee and a look in their window: 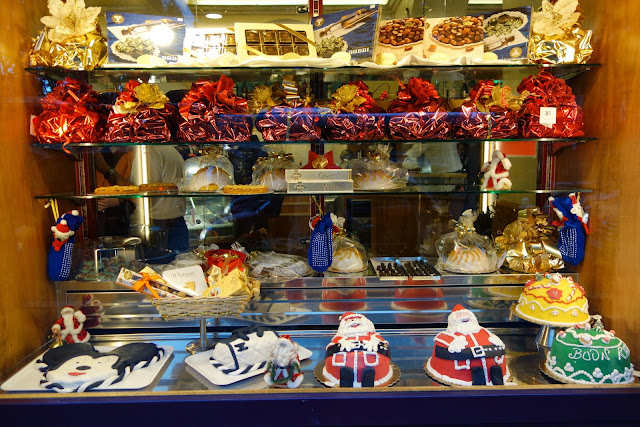 A perfect start to the season which we would soon be celebrating in our home in the Pacific Northwest.