By
judithworks
on
Charleston, South Carolina is a delight. And Southern hospitality is everywhere. 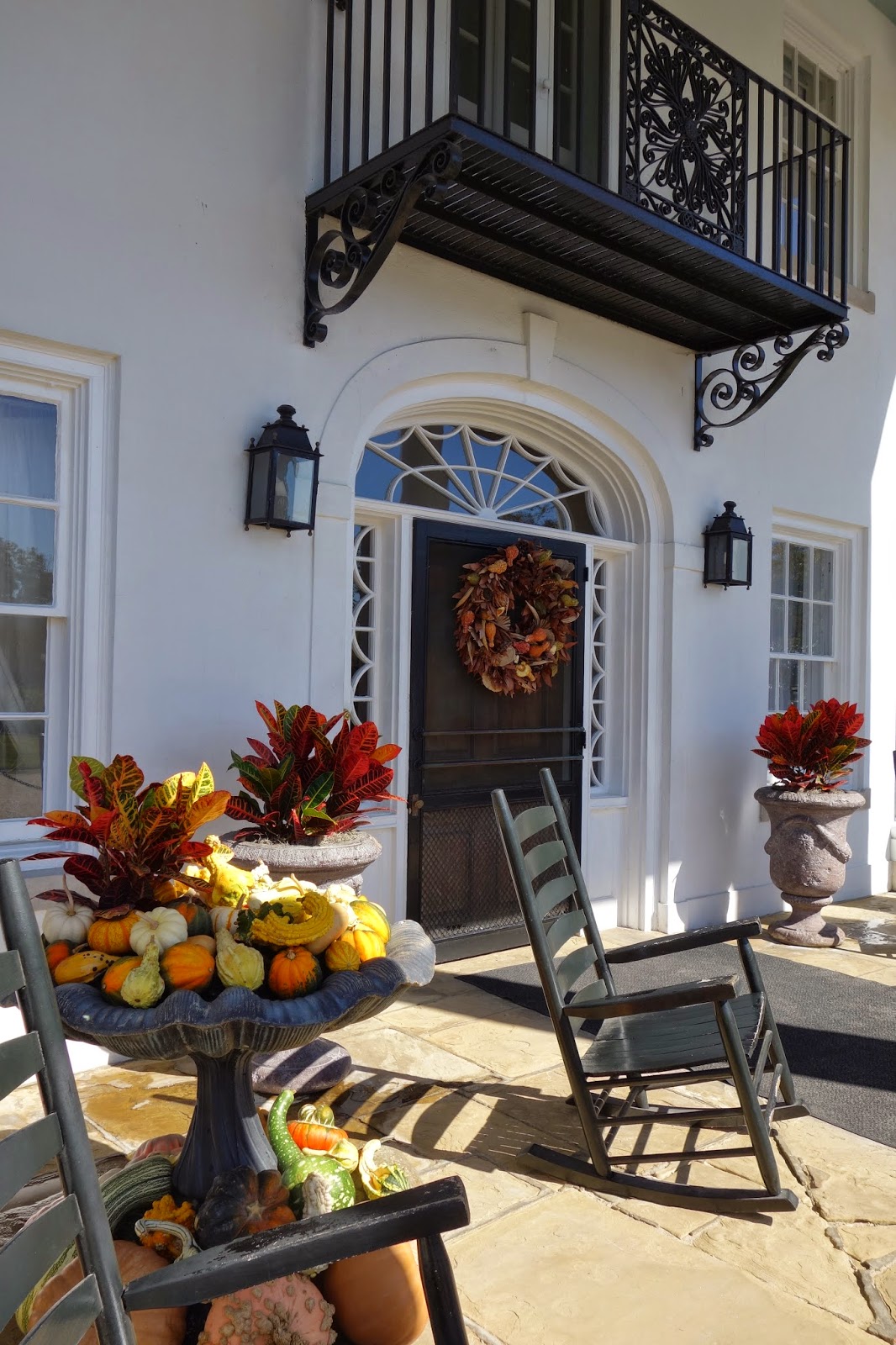 We recently spent two days there – not nearly enough to sample all the offerings but enough to know we would like to return. Foodies, gardeners, history buffs, architecture vultures and culture mavens can all find plenty of attractions in lovely old city under the southern sun. 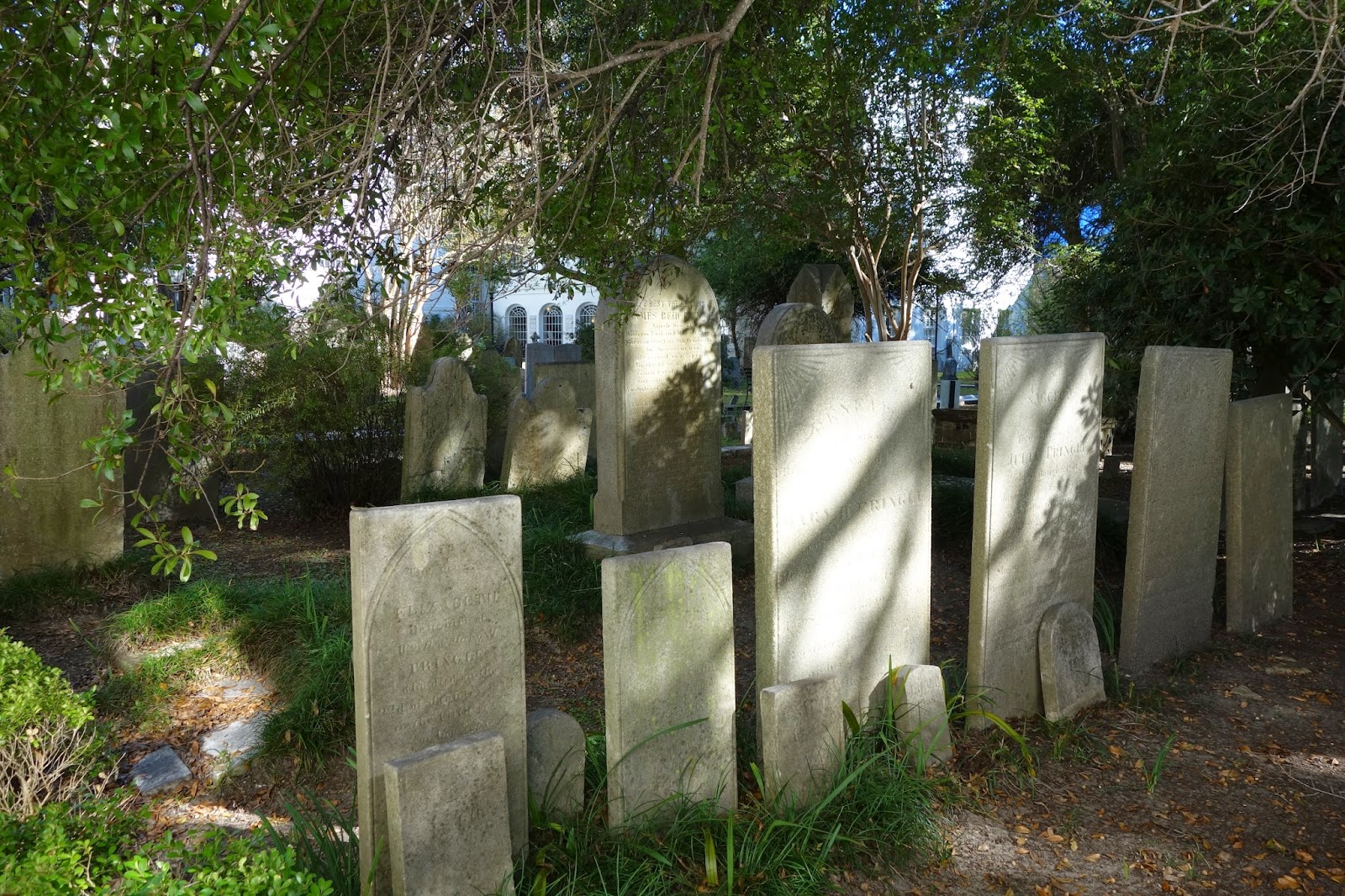 The food was a new experience – in the Pacific Northwest we don’t see a menu with gumbo, she-crab soup and red rice and deviled crab cakes, and we enjoyed every mouthful. 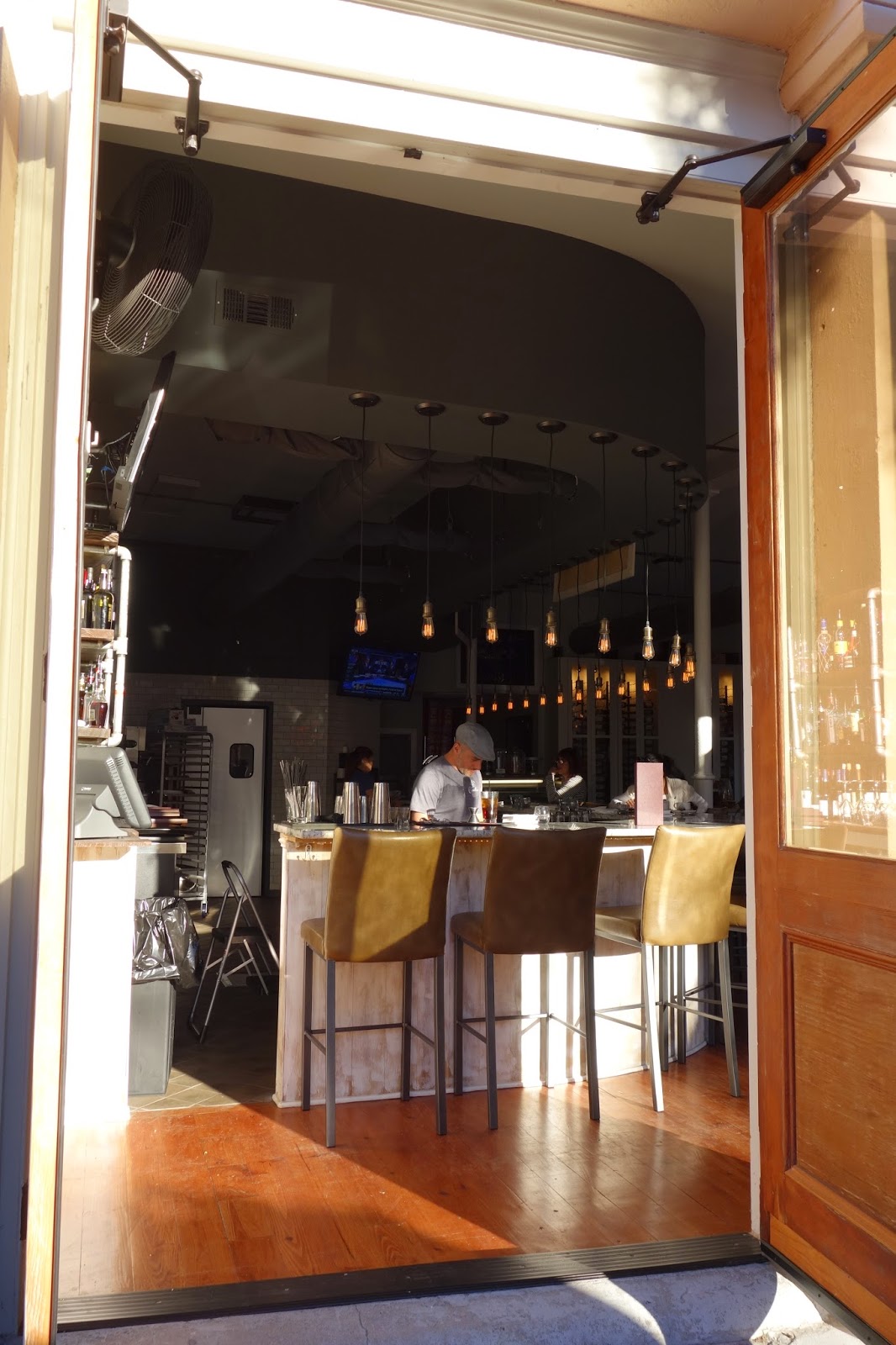 The city was founded in 1670 by English settlers but by 1708, the majority of the population were slaves. Their culture, often called Gullah, can be felt in the food with its emphasis on rice, and the music that was originated by dockworkers – and yes, it was called the Charleston. The Gershwins set Porgy and Bess in the city, and the beautiful sweet grass baskets are widely for sale. We paused to look at some of the intricate work outside the 1841 Market Hall filled with food and trinkets to tempt tourists. 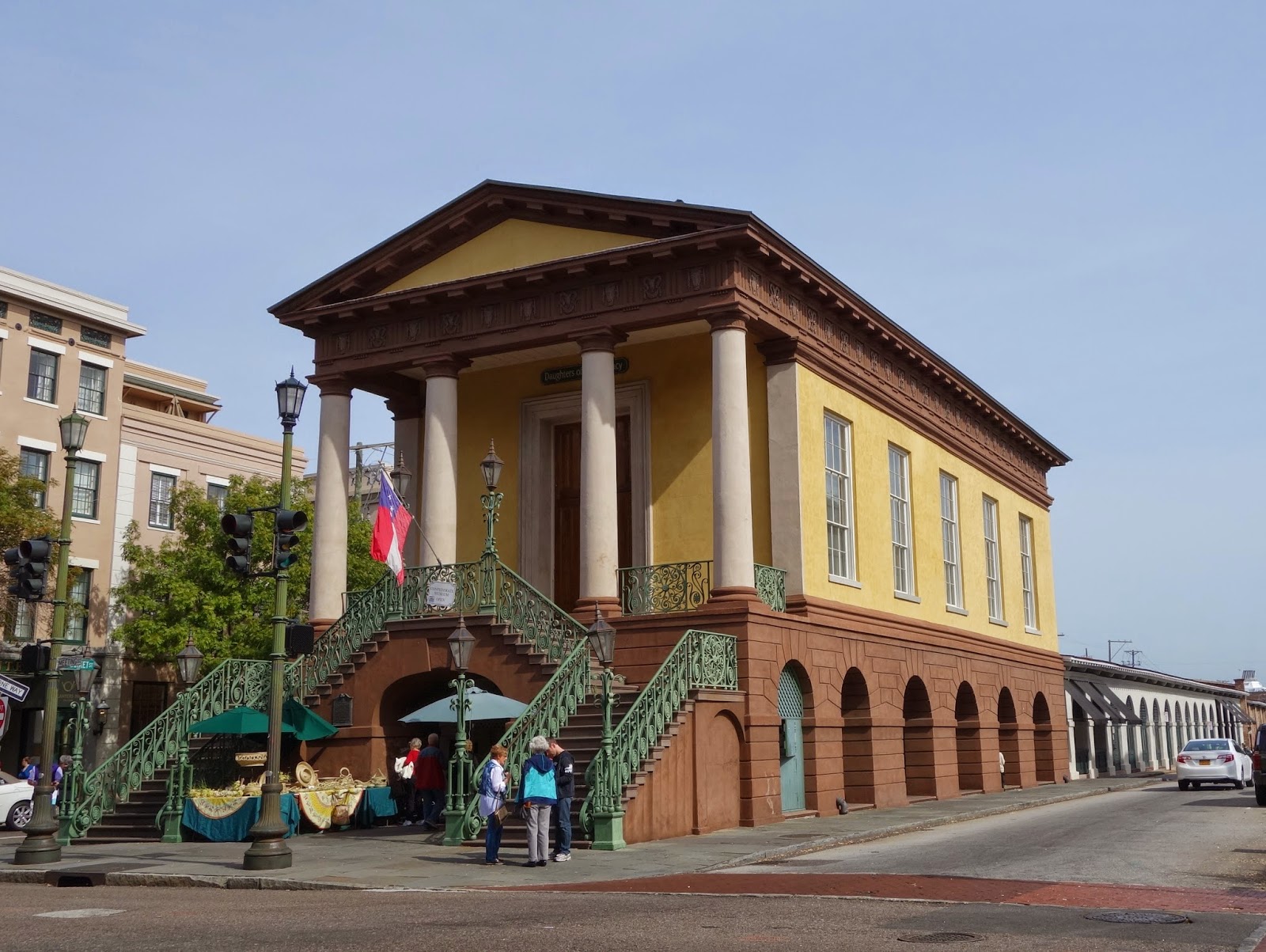 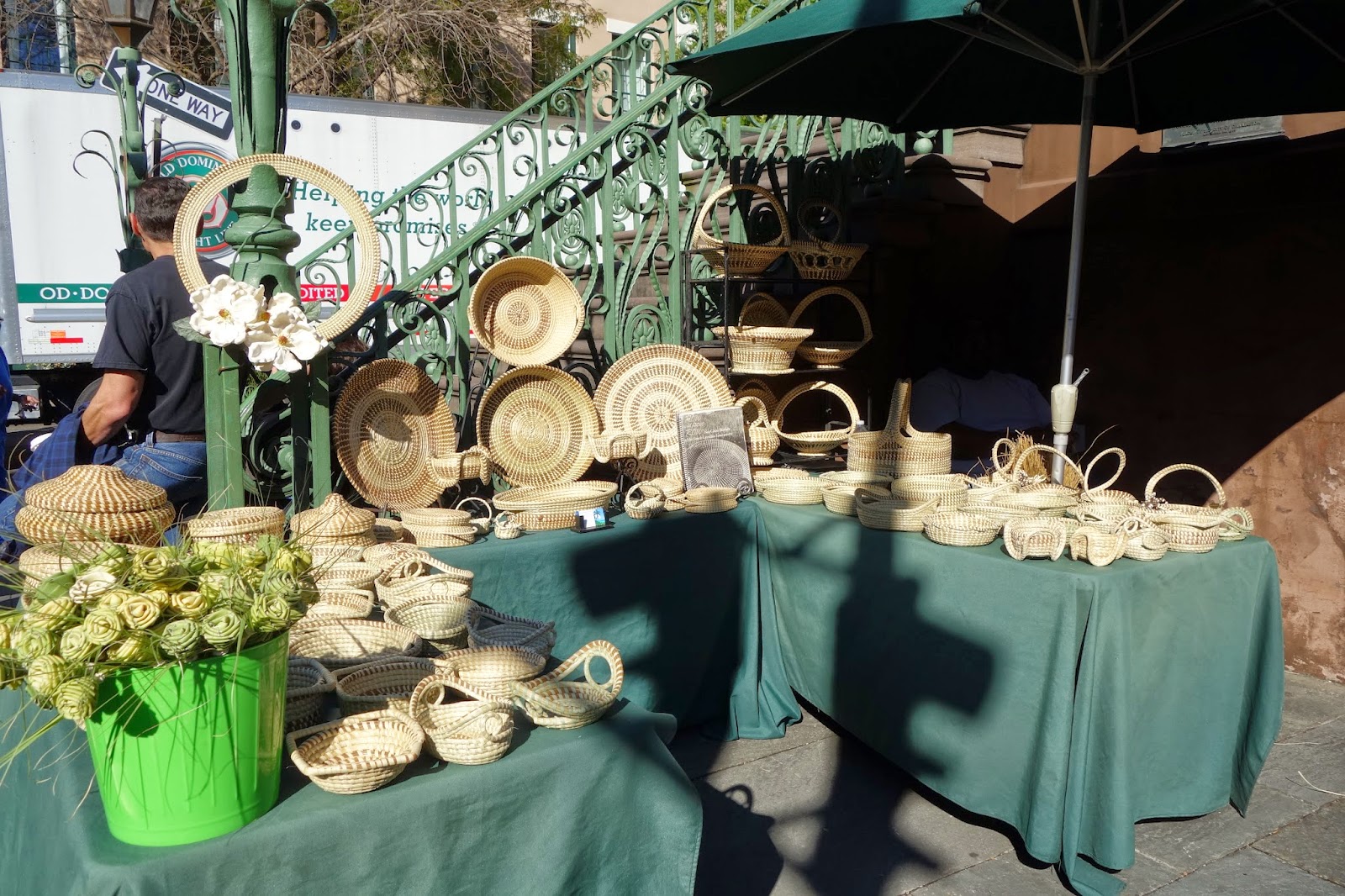 The harbor is guarded by Fort Sumter set on an island. Now a historic site the memories of the Civil War loom large over parts of the town like the battery where the cannons that fired the first shot on April 12, 1861 remain. Signposts throughout the city remind strollers about the dramatic events that took place in the city. And the military is still a prominent influence with shaven-headed Citadel students marching on the school’s grounds and several military bases on the outskirts of the city. 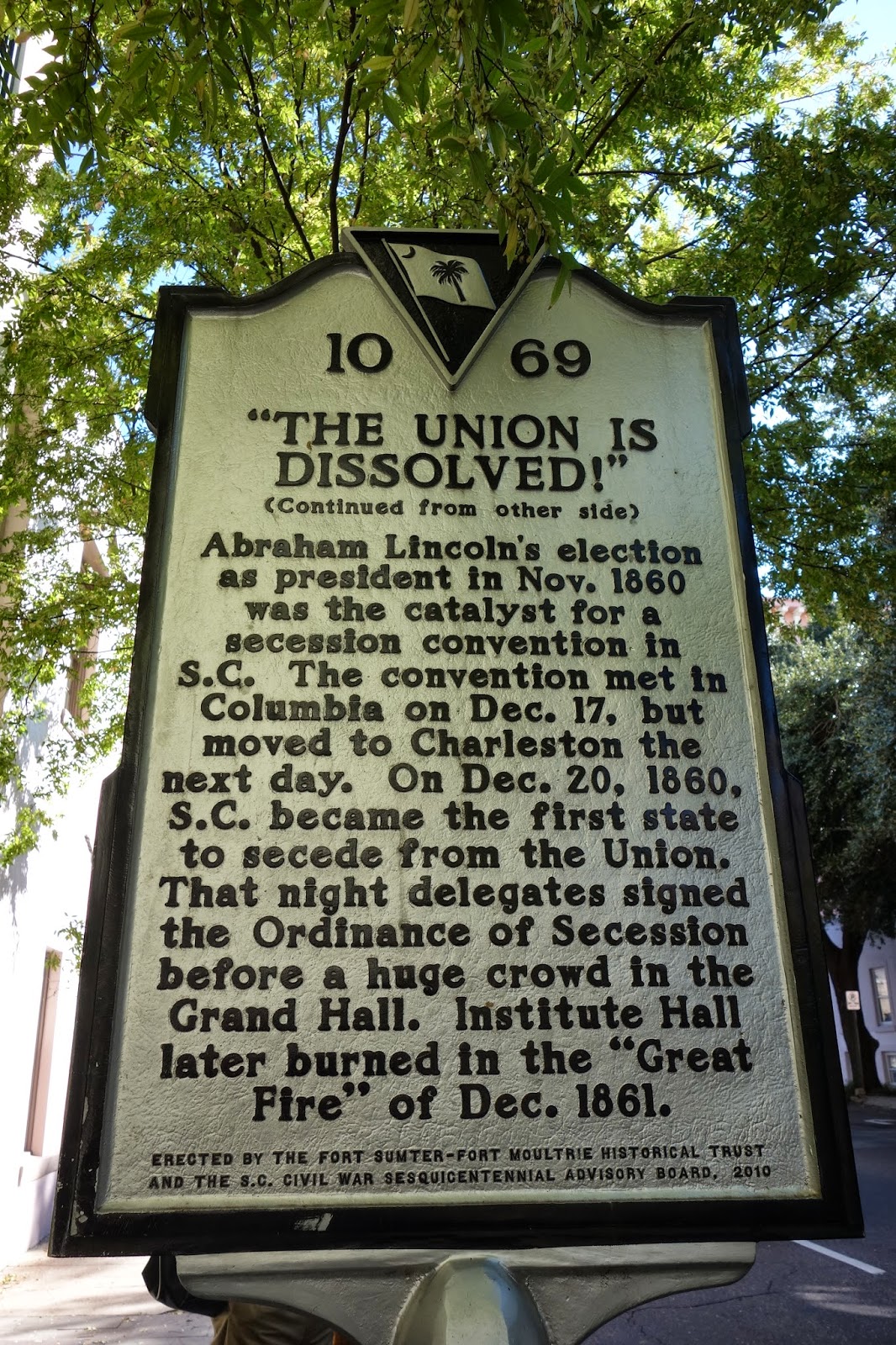 But the city isn’t all about war. The old part of the city is filled with historic homes, gardens, pastel homes and wrought iron that have survived the Revolutionary War, earthquakes and hurricanes. 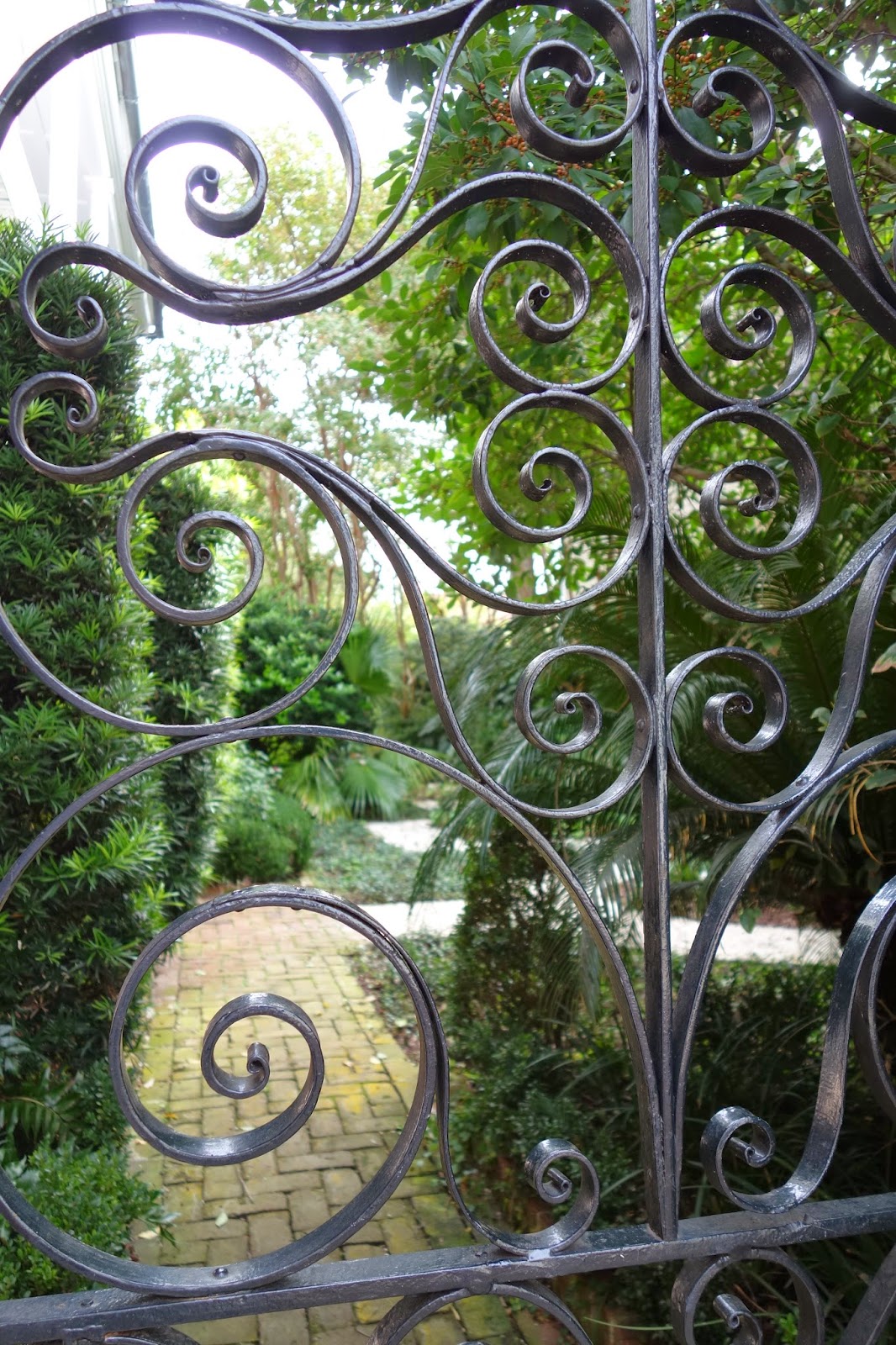 The sound of horses hooves clomping through the otherwise quiet streets make it easy to believe you have been transported back to ante-bellum times even though the carriages are hauling tourists. 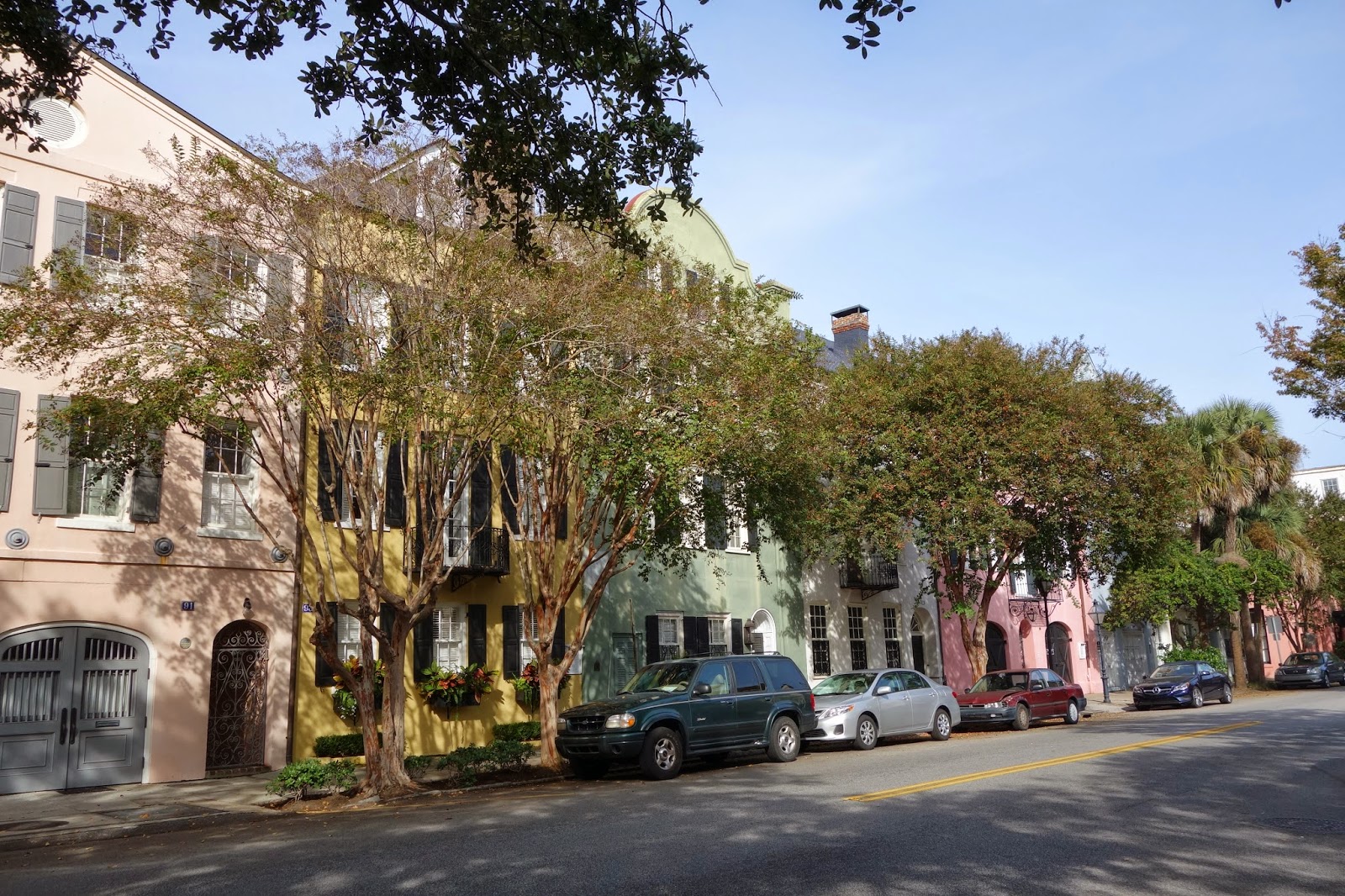 Several of the historic homes are open for tours. We especially enjoyed the Nathaniel Russell House, a Federal style townhouse built in 1808. 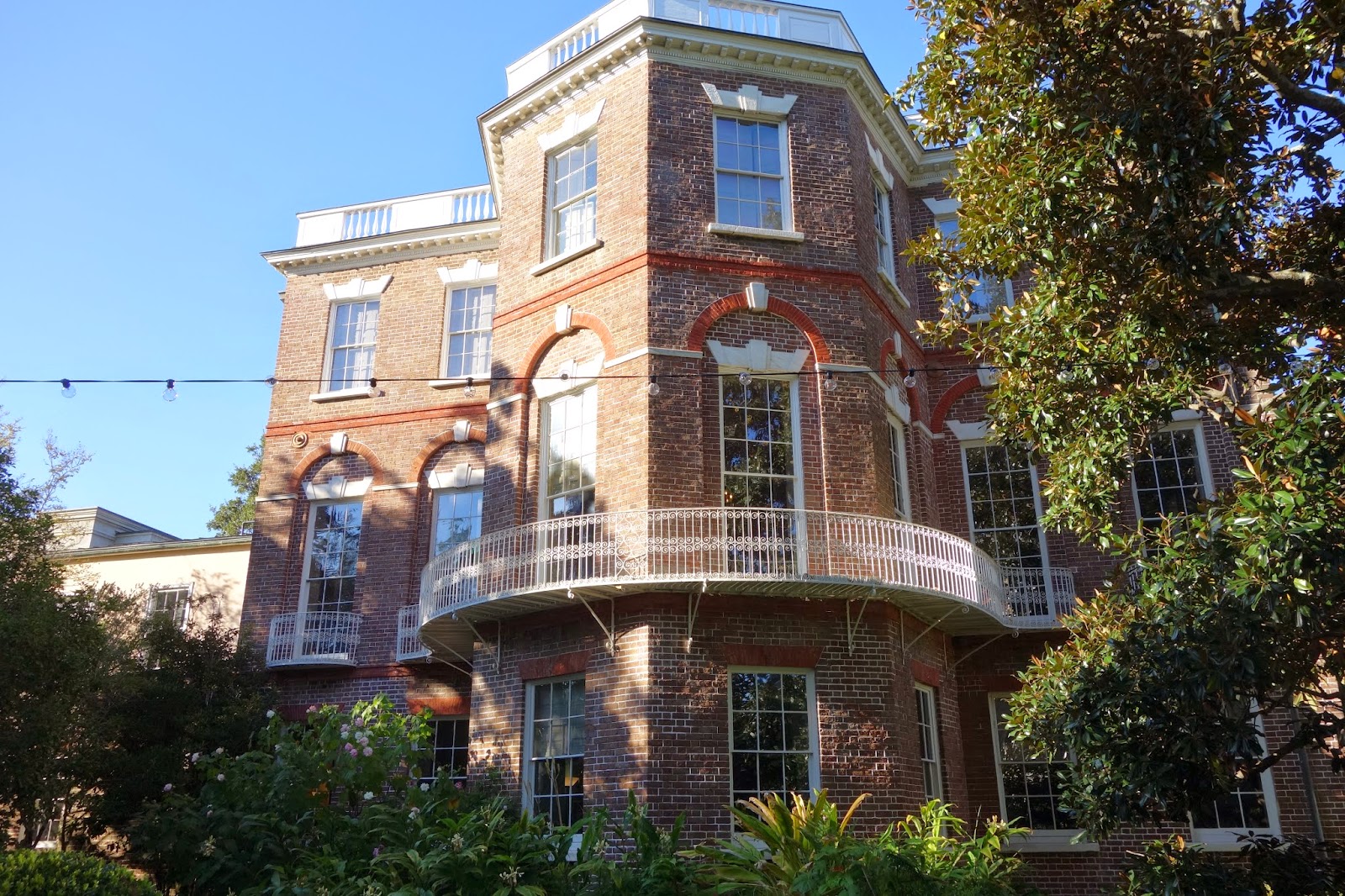 The furniture is original . The music room with its many windows,  peach walls, lyre-backed chairs, harp, and blue couch is a place to dream of a past now long gone. But of course that past had another side, slavery kept the household running. Lest we all forget, there is a marvelous photo near the foot of the free-flying elliptical staircase. A household slave complete with white headscarf sits solemnly on a chair facing the camera. On her lap is a young white child dressed in lacy finery. I could no help thinking about their lives – what became of them and others who lived in the lovely old homes during and after the Civil War? 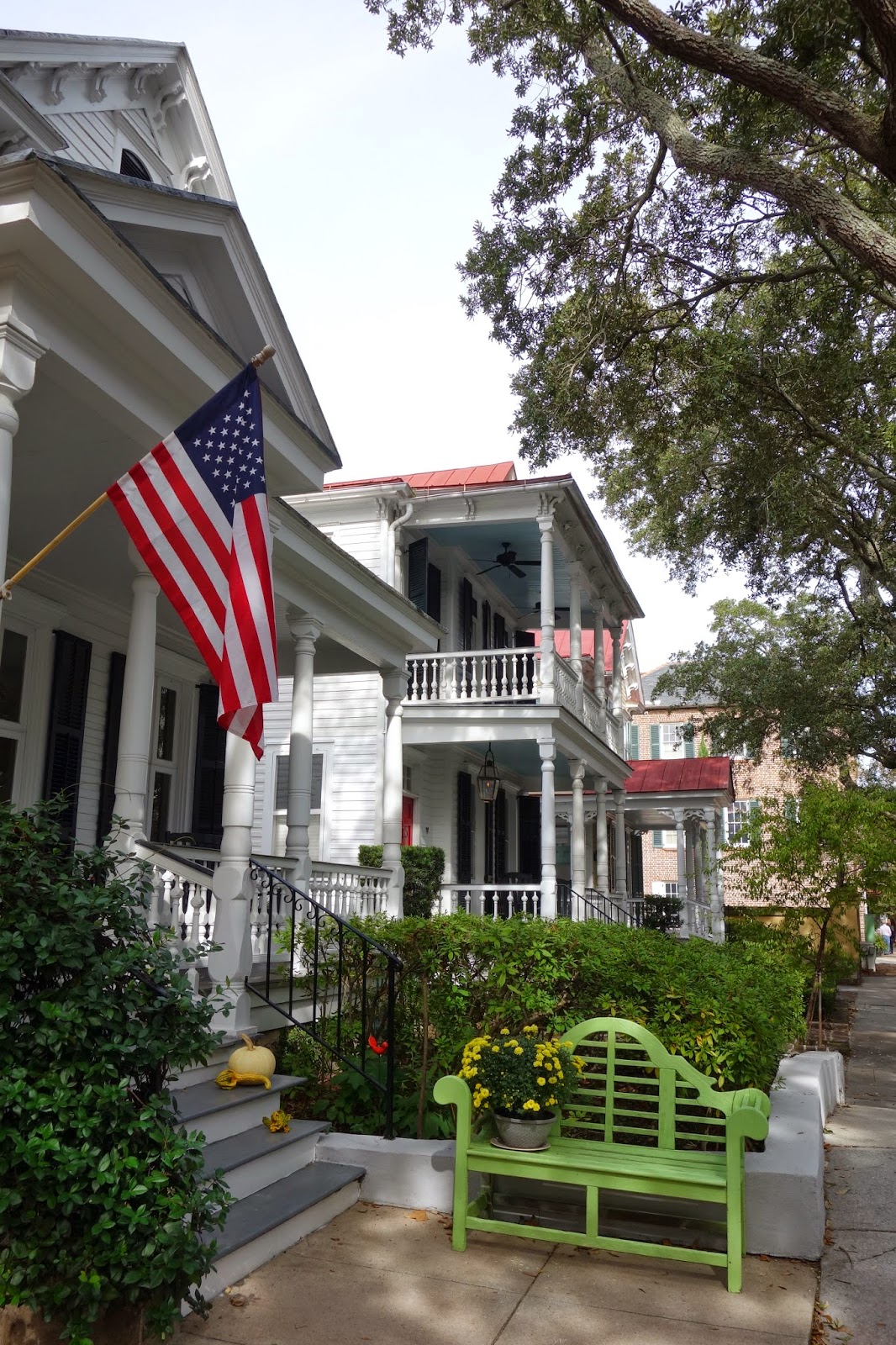 Could they have dreamed that the city would survive and thrive into the cultural mecca it is today? And could they have pictured jazz-age flappers dancing the Charleston in smoky speakeasys or jet planes being manufactured on a gigantic Boeing assembly line? 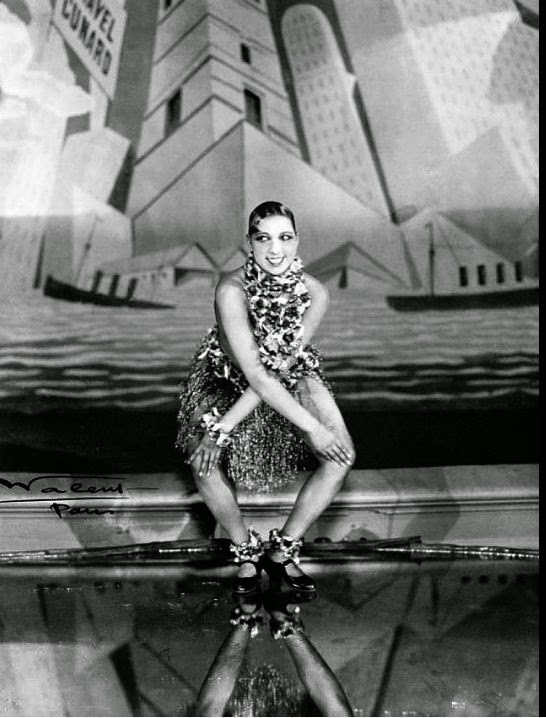