By
judithworks
on
The ship glided over the still tropical waters of Astolabe Bay toward Madang. 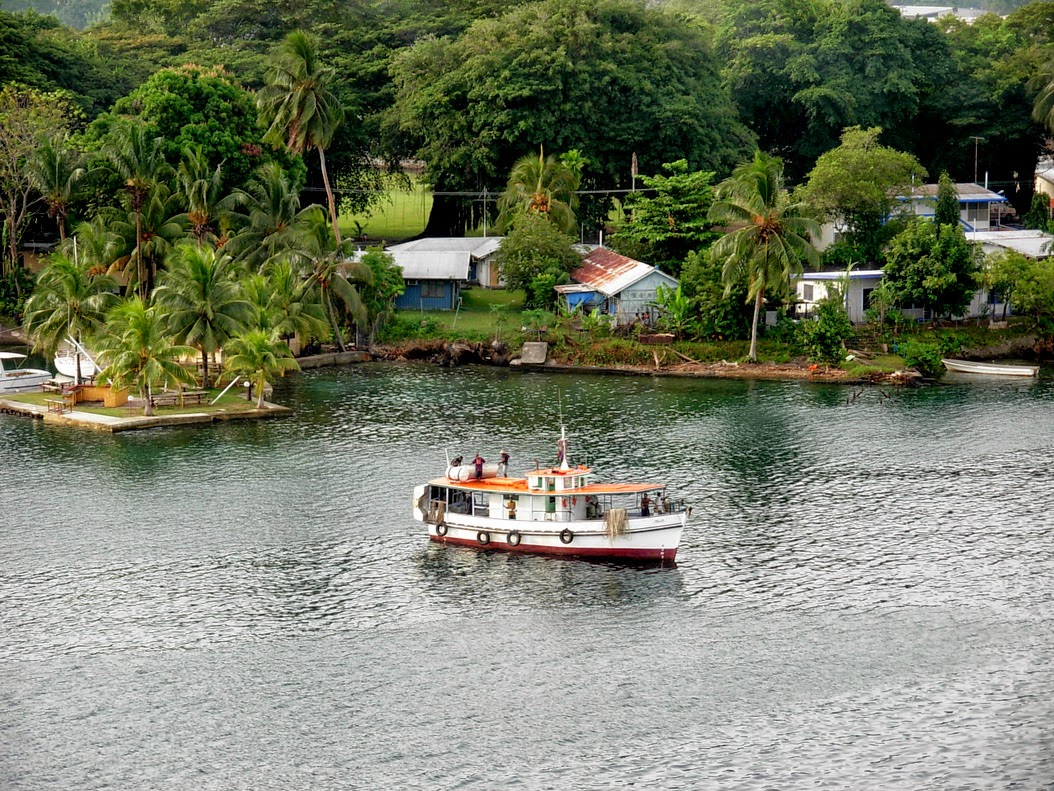 The romantic name of the bay comes from its “discoverer,” Dumont d’Urville who named it after his ship when he sailed in in 1827. We were accompanied to the dock by locals in small boats singing and waving to us – tourist dollars approaching often brings joy to this part of Papua New Guinea. 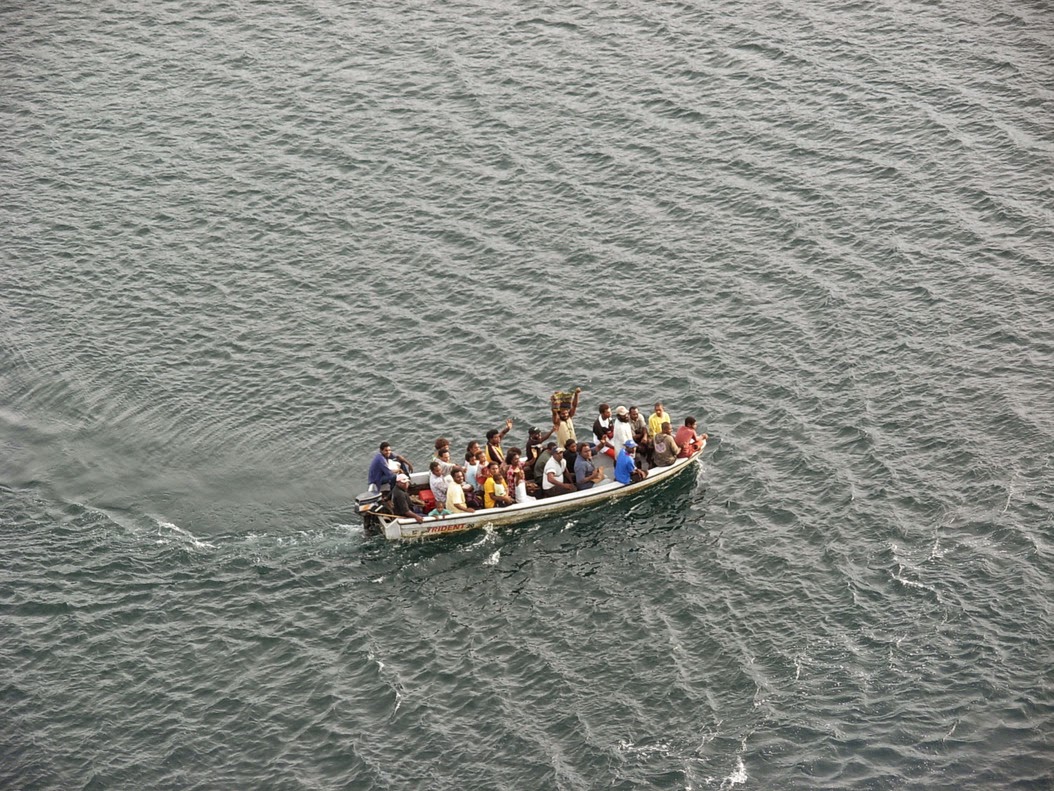 The town, deep in the jungle-rimmed bay, seemed to me a hot and humid collection of random buildings, and trees filled with large bats having a nap, although it boasts several resorts for intrepid travelers and NGO workers in need of R&R. 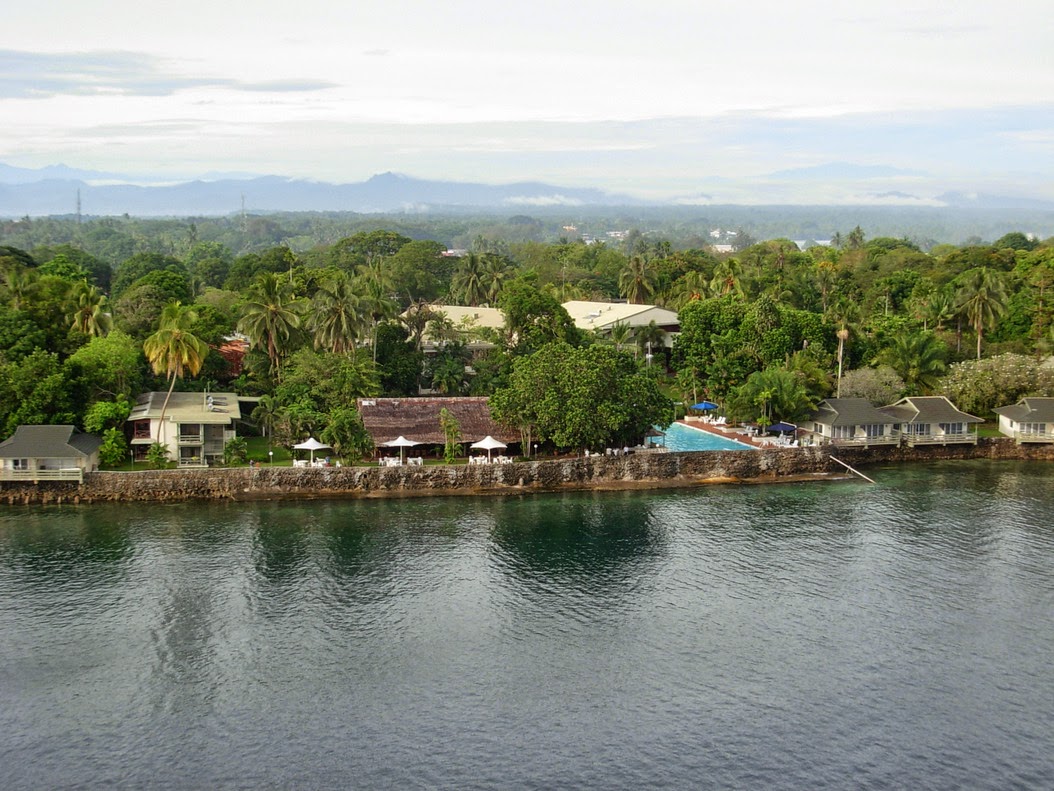 Near the dock a copra-processing plant was in operation. As we stopped to take a look, one of the workers ambled over to tell us the processed coconut meat would be shipped to Australia for cattle feed. We walked on to the tiny museum. I managed to snap a photo of a sea-going outrigger but was shooed away when I wanted to photograph more artifacts. 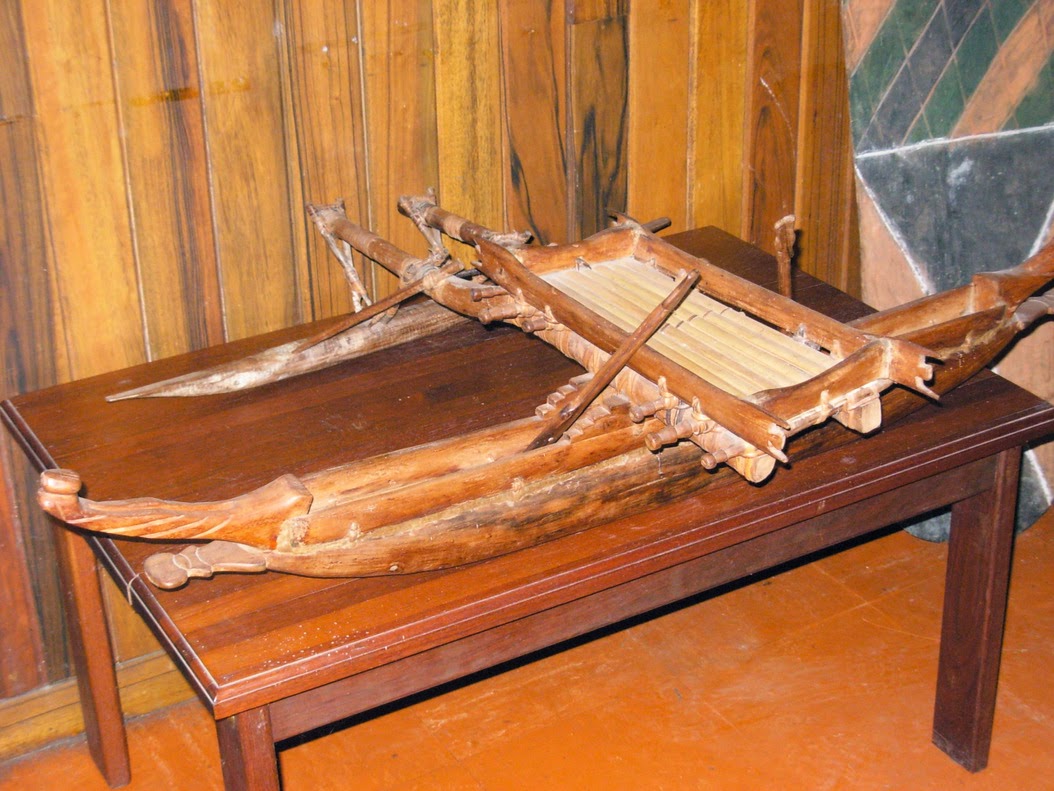 I could not help thinking of the recent book about Michael Rockefeller, Savage Harvest, recounting his end on the other side of the island where he was naively collecting carved poles as primitive art, not understanding that they were memorials of cannibal feasts. And I also thought of Lily Tuck’s recent novel, Euphoria, set far to the west of Madang where Margaret Mead and others studied native tribes who told them imaginative tales which may have been factual – or not. 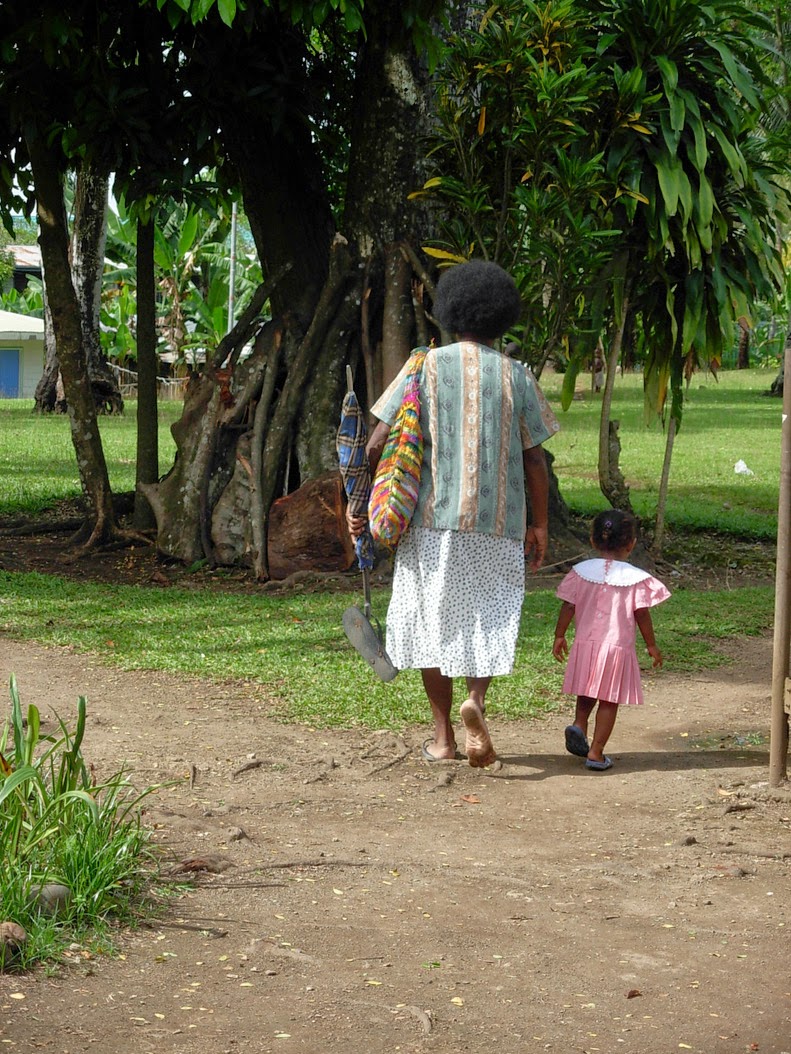 With nothing much to see in town, we decided on a tour to an outlying village. 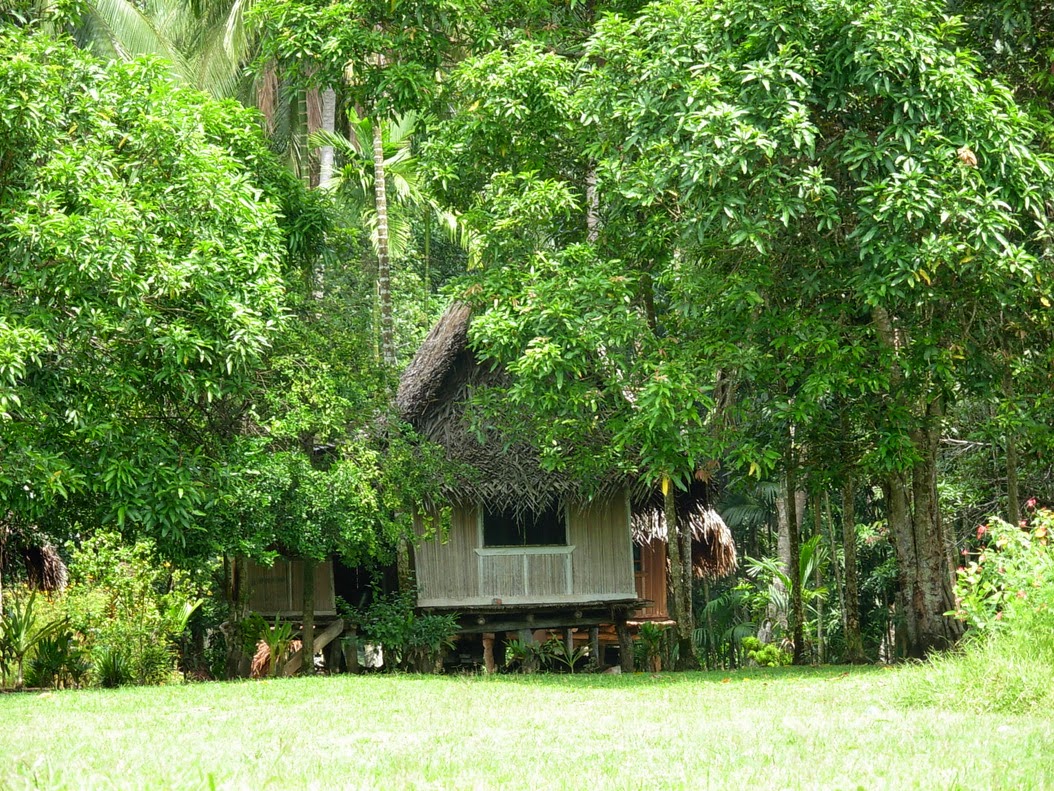 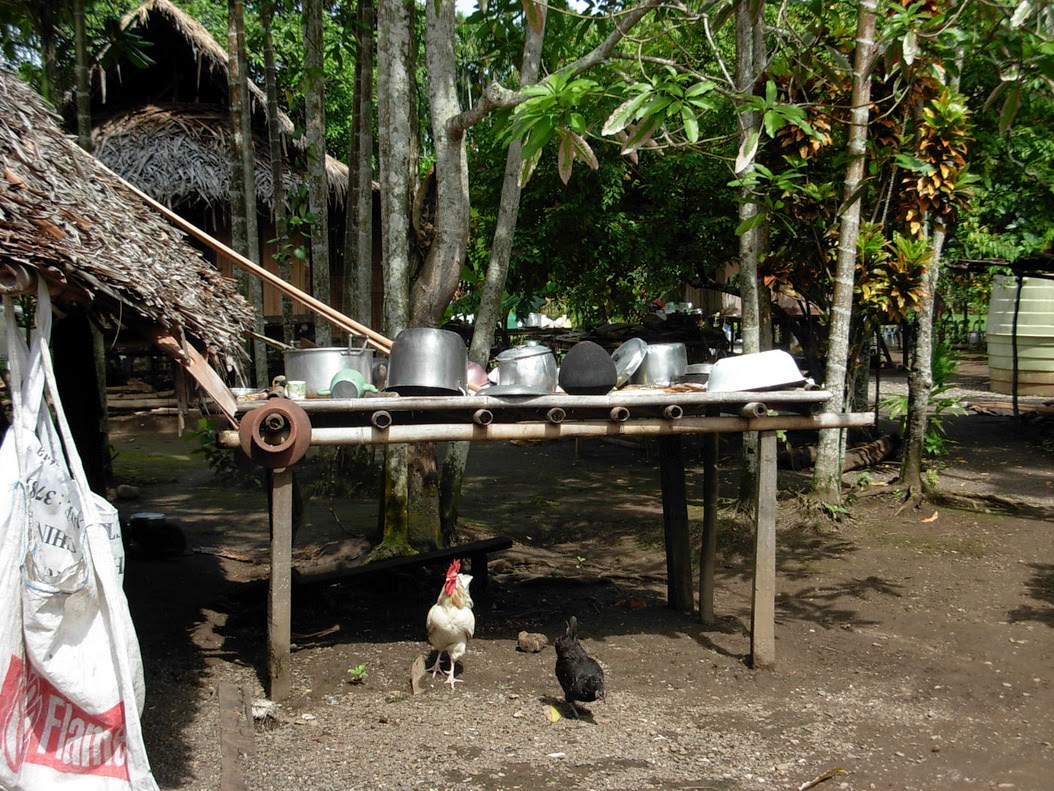 While it was interesting to see how people lived we were struck by the enormous number of children – a population explosion it seemed. 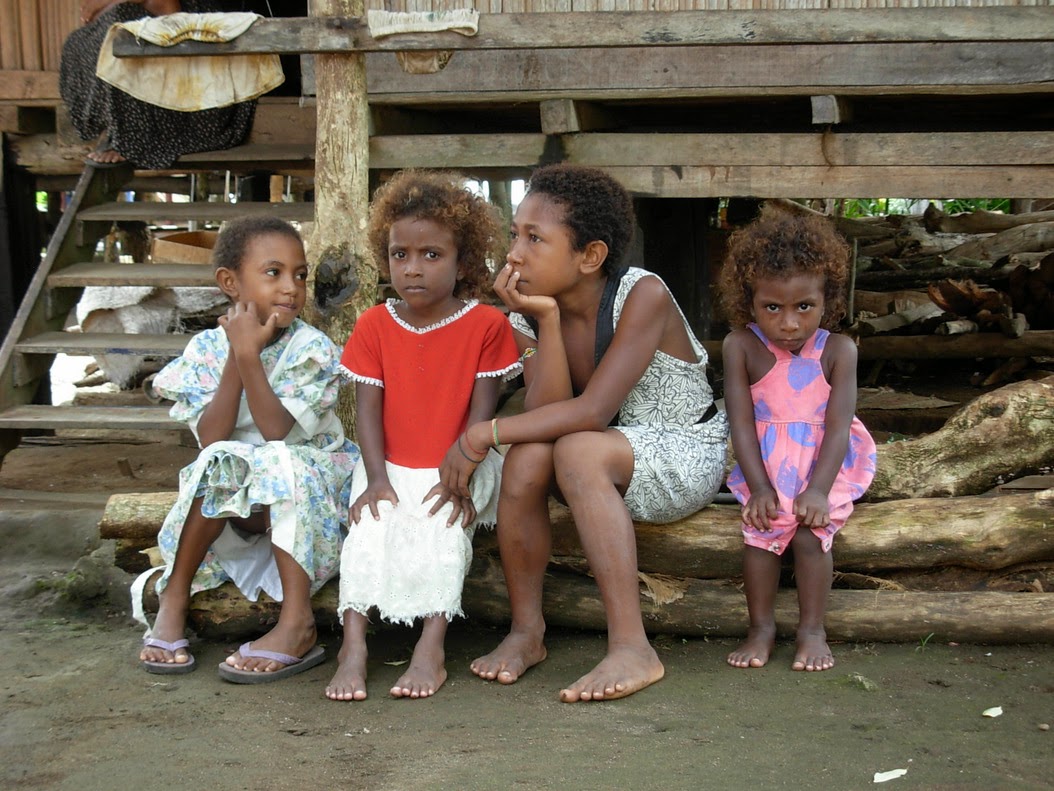 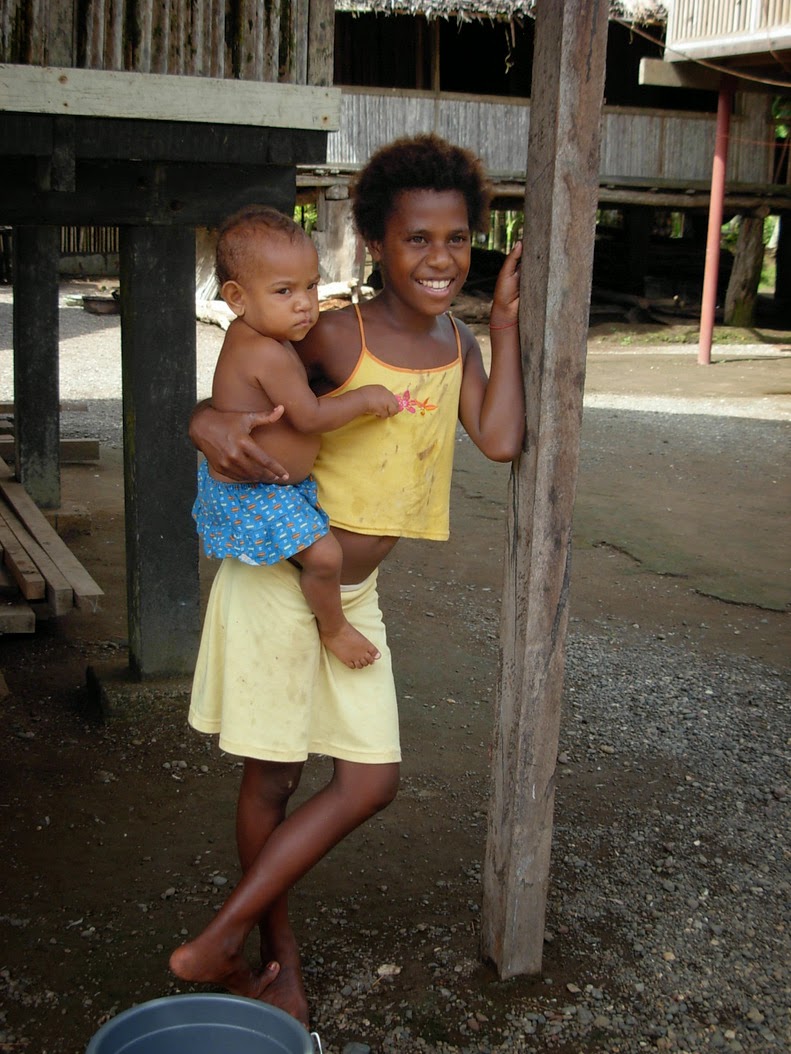 The village hosted a Lutheran school and clinic, a legacy of German domination from 1884 – 1914. It was Sunday and most of the children were at Sunday school and they appeared happy and well cared for. But we could not help wondering about their future in such an impoverished country. 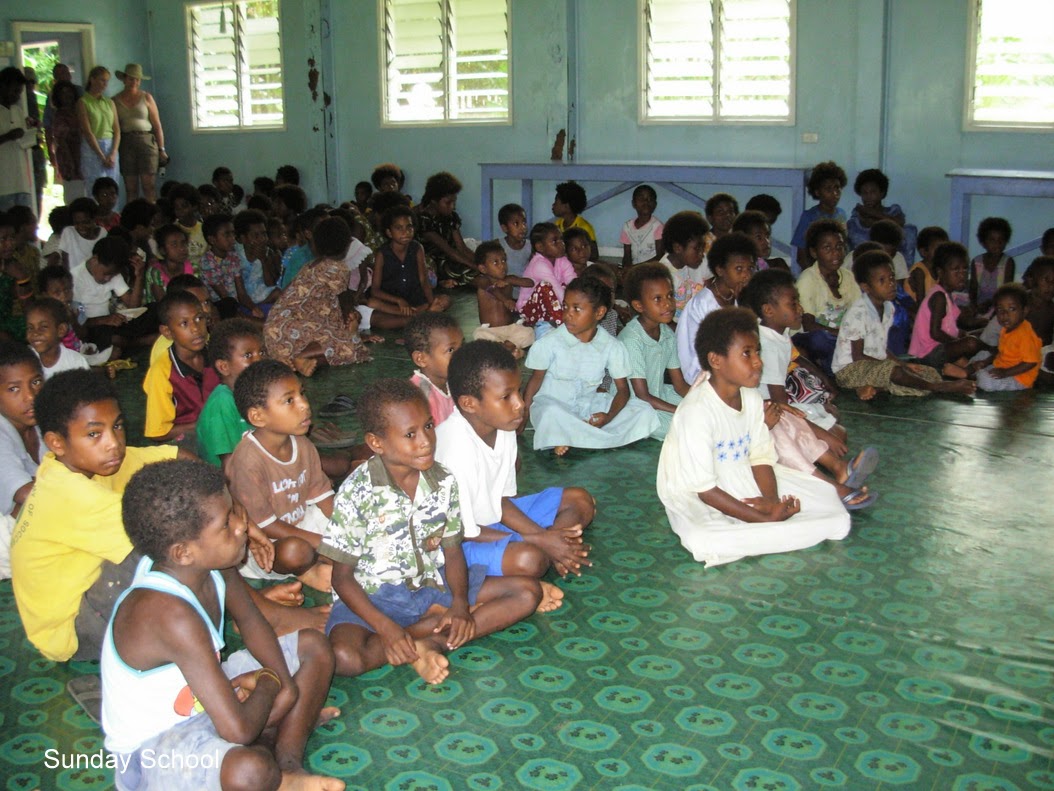 Our visit was for tourists so the locals brought out tattered feathers, grass skirts and bare bosoms for entertainment. It was embarrassing for us to be gawking at their desultory display. And the children were embarrassed too. Sunday school over, they flocked to see the show, giggling and pointing at their parents. Somehow the whole event seemed off, nothing more than a sad remnant of a fast-vanishing culture. Not a National Geographic moment. 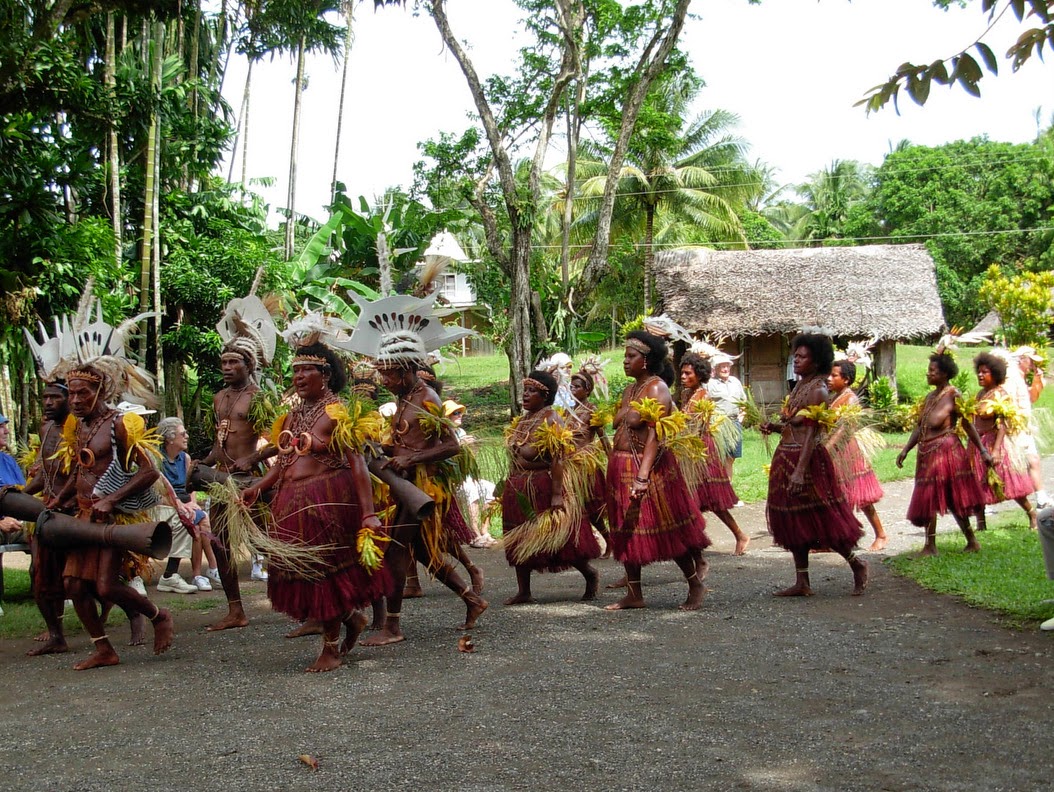 By the time we returned to the dock, the local people had set up a market showcasing their real skills: wood carving. A shopping frenzy began, buyers and sellers smiling as they bartered. I briefly contemplated buying a penis gourd for my son-in-law but decided not to, although he told me later he would have “treasured” the souvenir. We settled for a dolphin and a pig of a size we could carry, along with a bunch of orange and yellow lobster-claw helicona and bird of paradise to grace our cabin, but other passengers bought piles of large carvings that would have to be fumigated before loading. 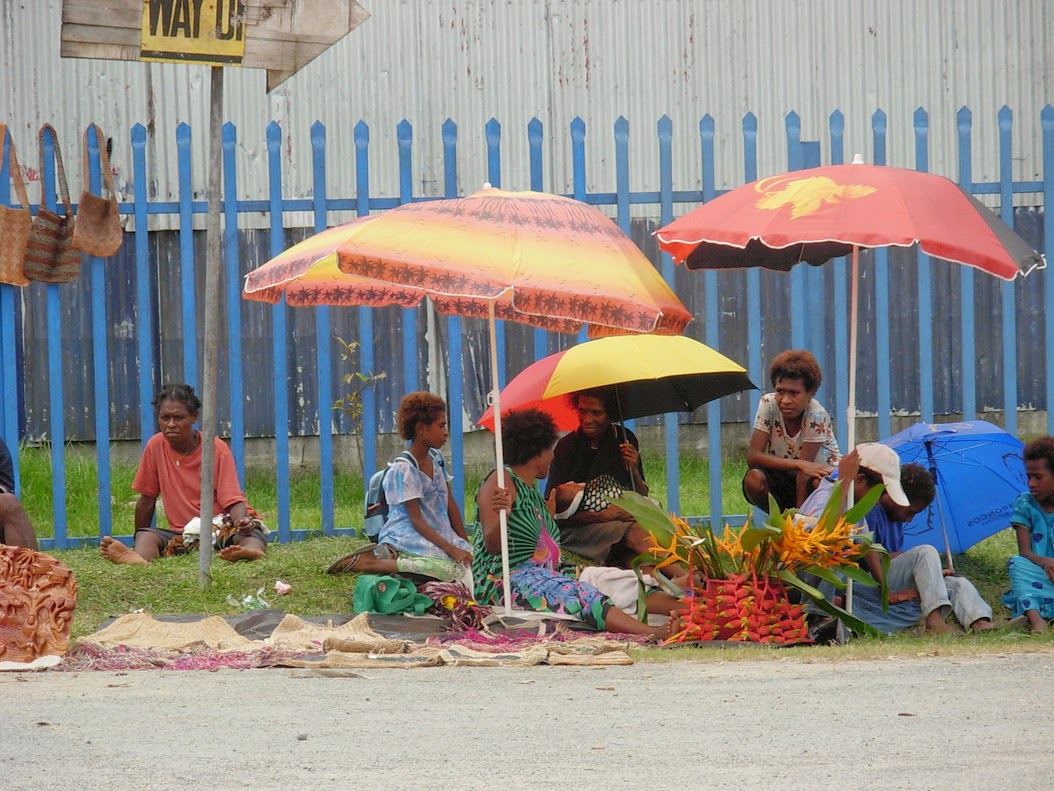 We walked back to the ship past the dismal sign warning against AIDS, rampant in the country. A sad reminder that trouble still stalks this beautiful, sometimes menacing, and mysterious land. 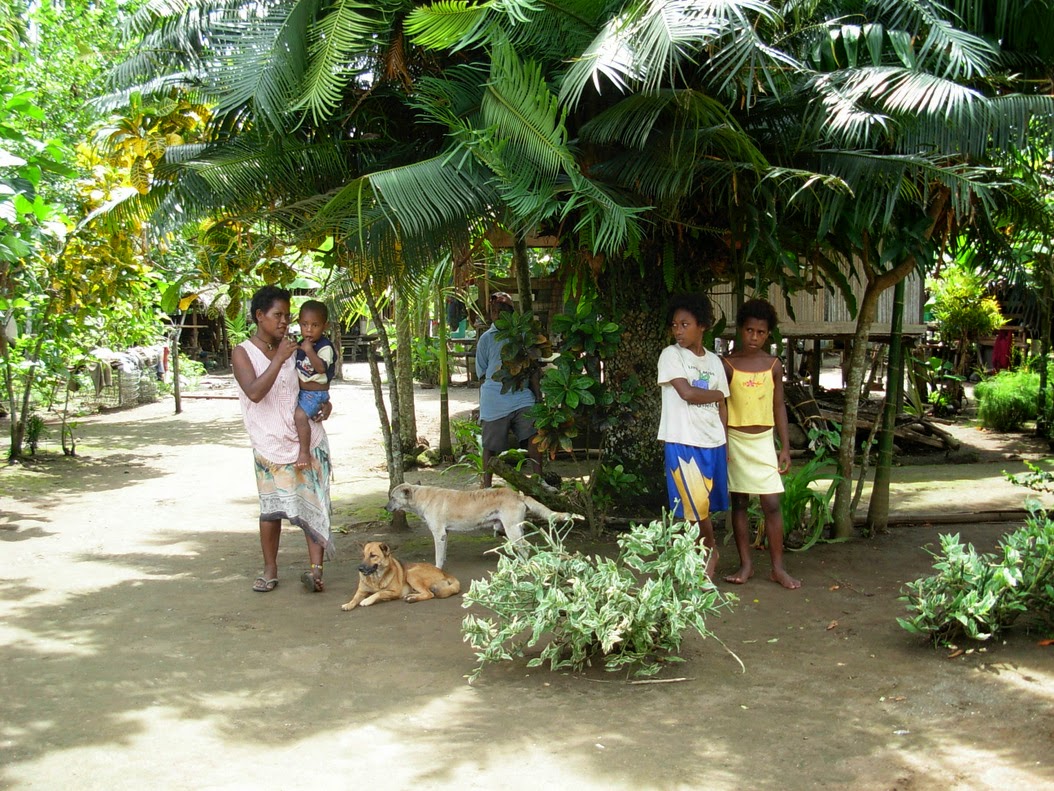