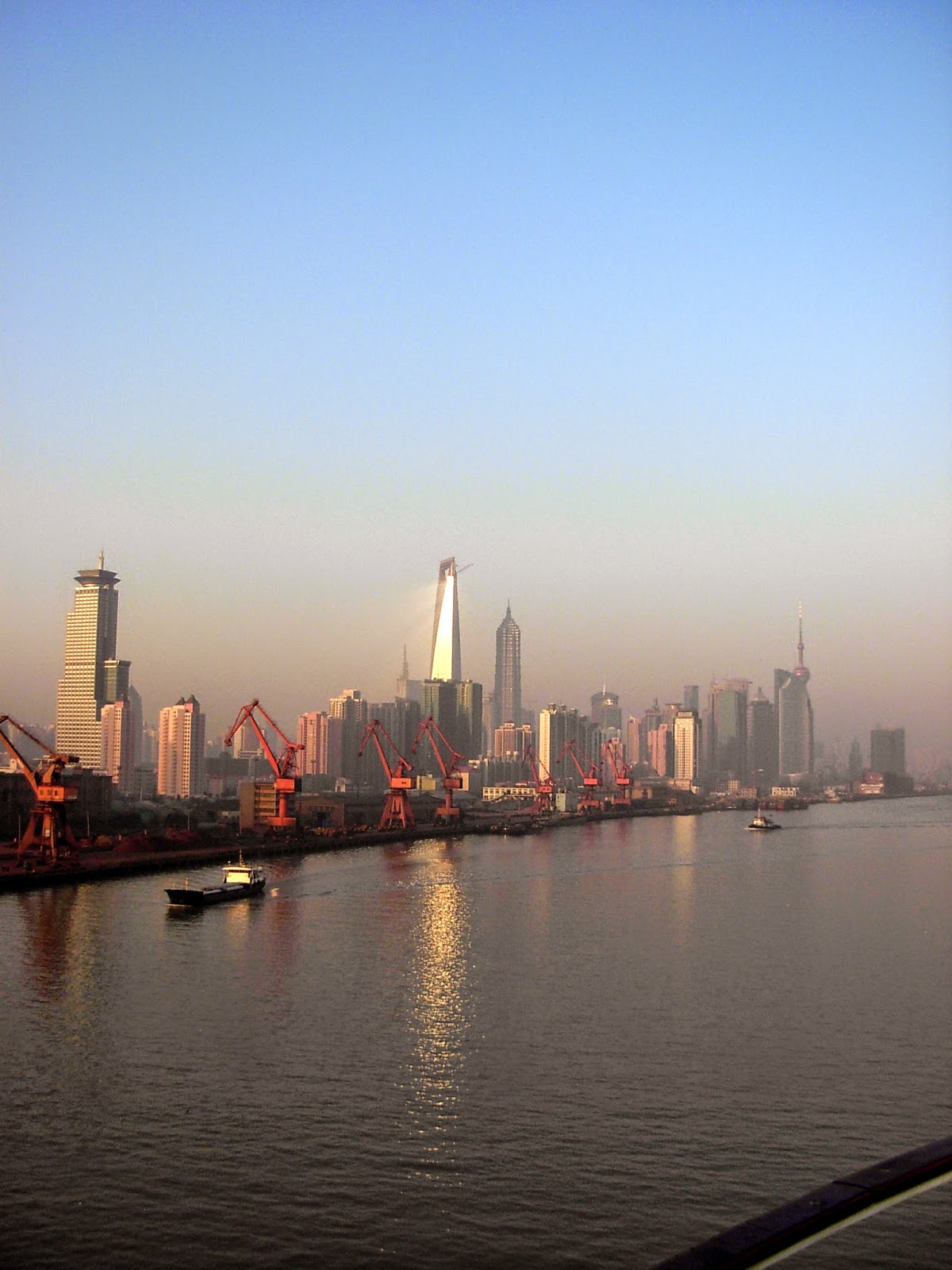 Shanghai can get pretty frantic with all the skyscrapers and crowds. If you are in need of a quick change of pace, a good choice is the quiet “water town” of Zhujiajiao, about an hour from the city by bus.

The area around Zhujiajiao was settled thousands of years ago, and the town itself has been around for about 1700 years, new in Chinese terms. Formerly a trading center for cloth and rice, it is now a getaway for tourists and locals who come to enjoy the peaceful watery setting. 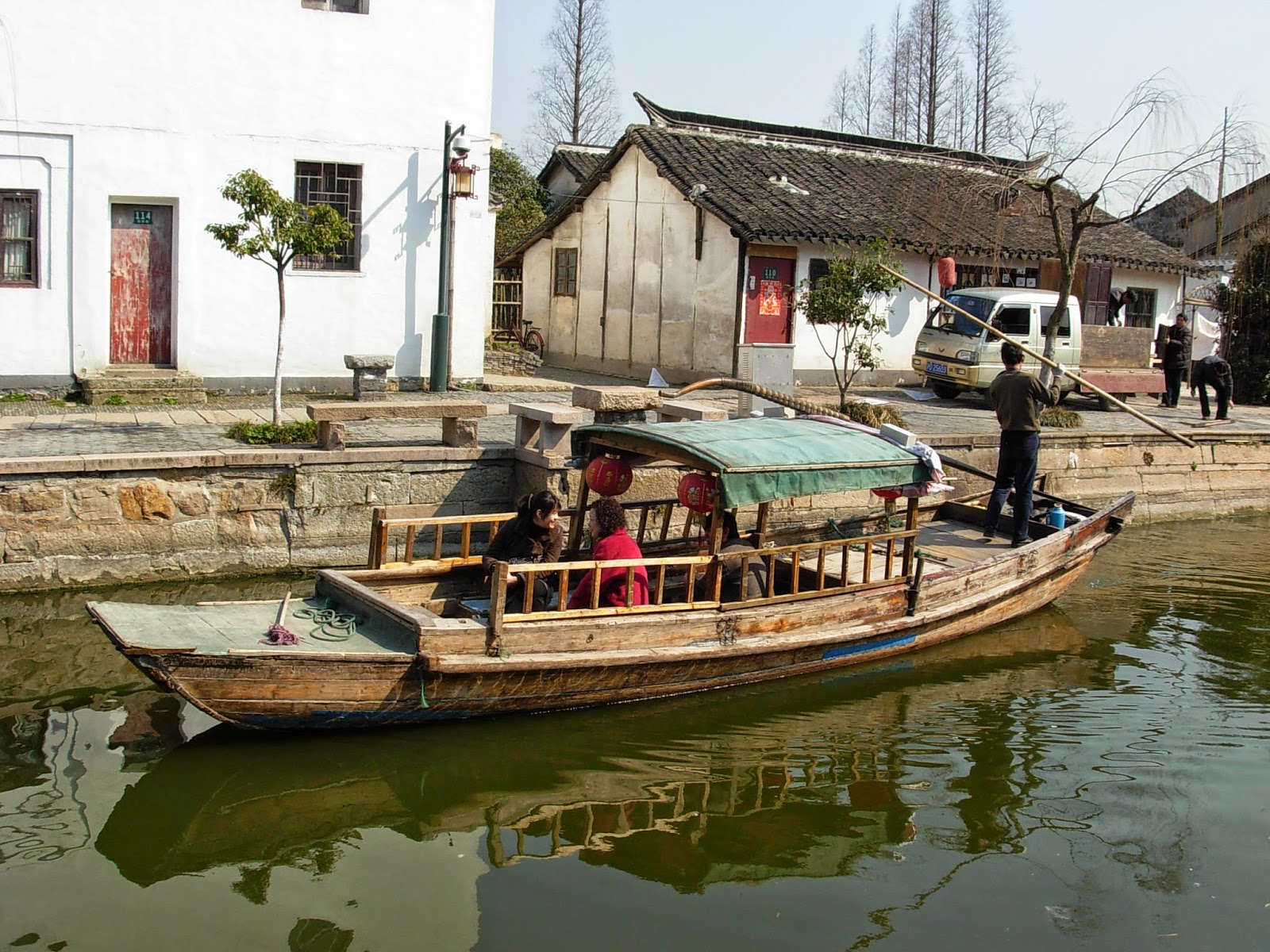 When we last visited, it was so early in the spring that the bare branches of the canal-side trees were decorated with laundry instead of leaves. I especially liked the blue briefs that brightened up a view of pale sky, green water, white houses and red lanterns hung outside doorways. 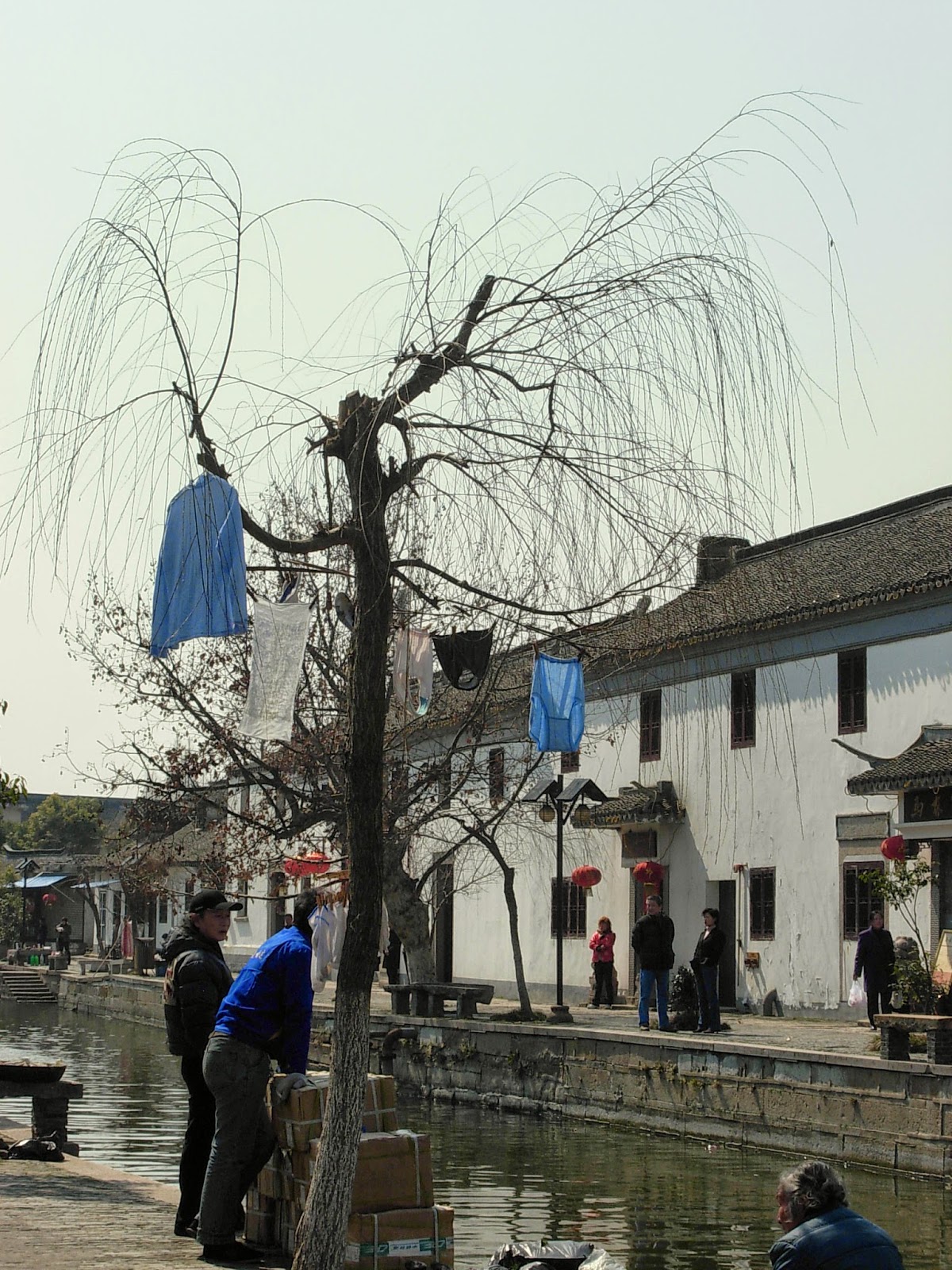 The sun was still weak and the locals were well bundled up as they played cards beside the canals or waited for shoppers. 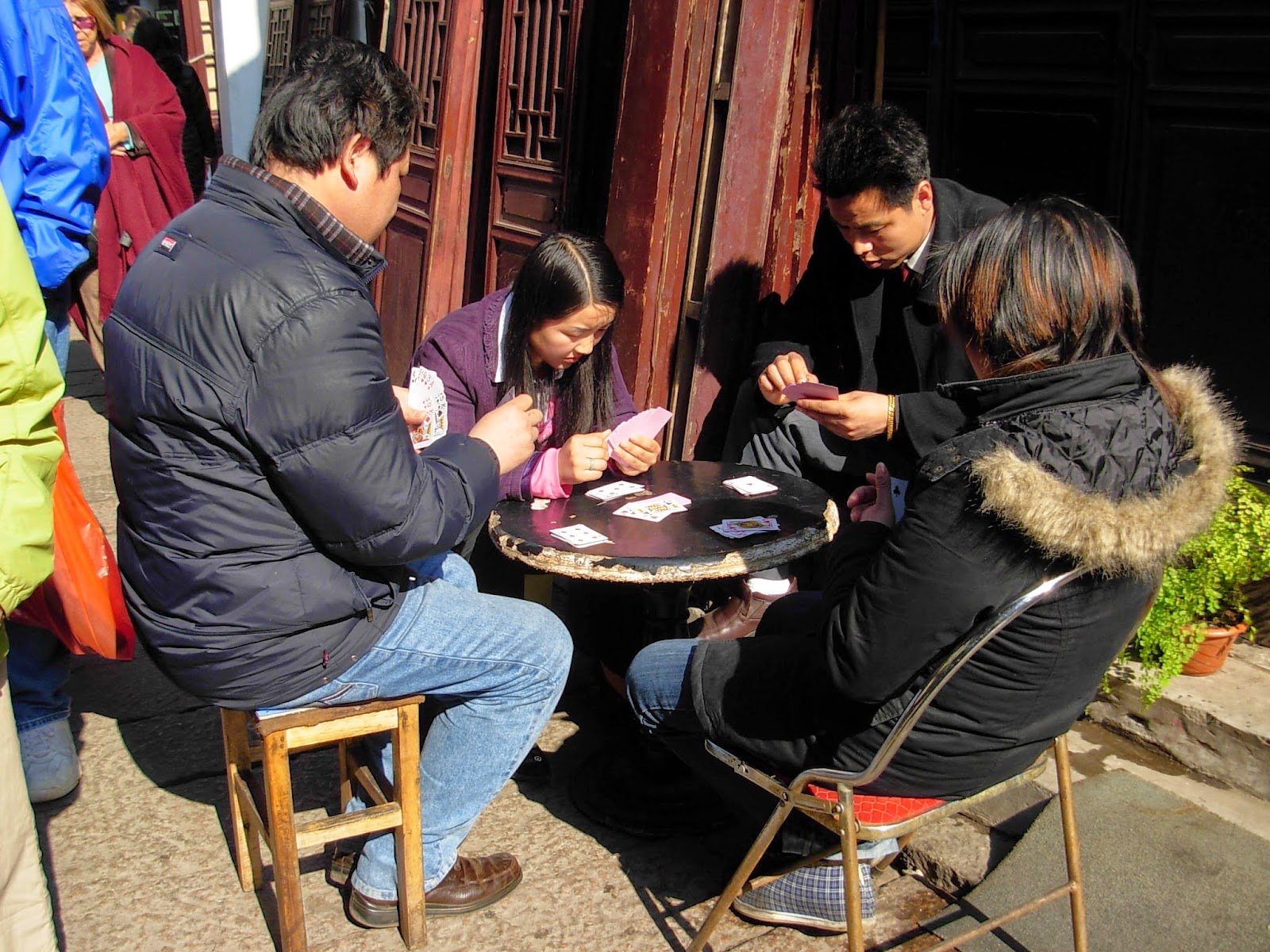 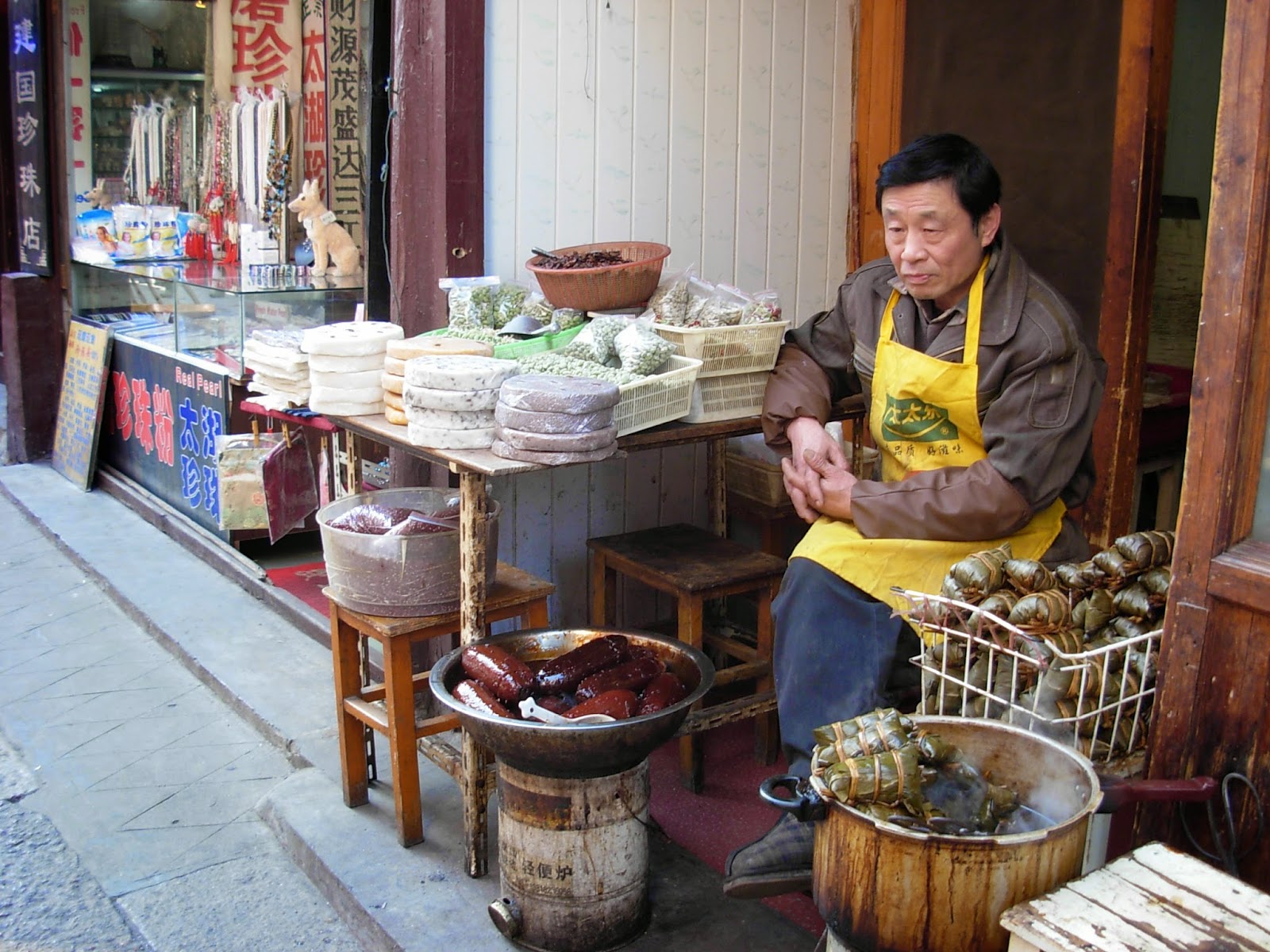 We began with the obligatory boat ride on the placid waters, boarding near the Fangshen Bridge, built in 1571 and restored in 1812. 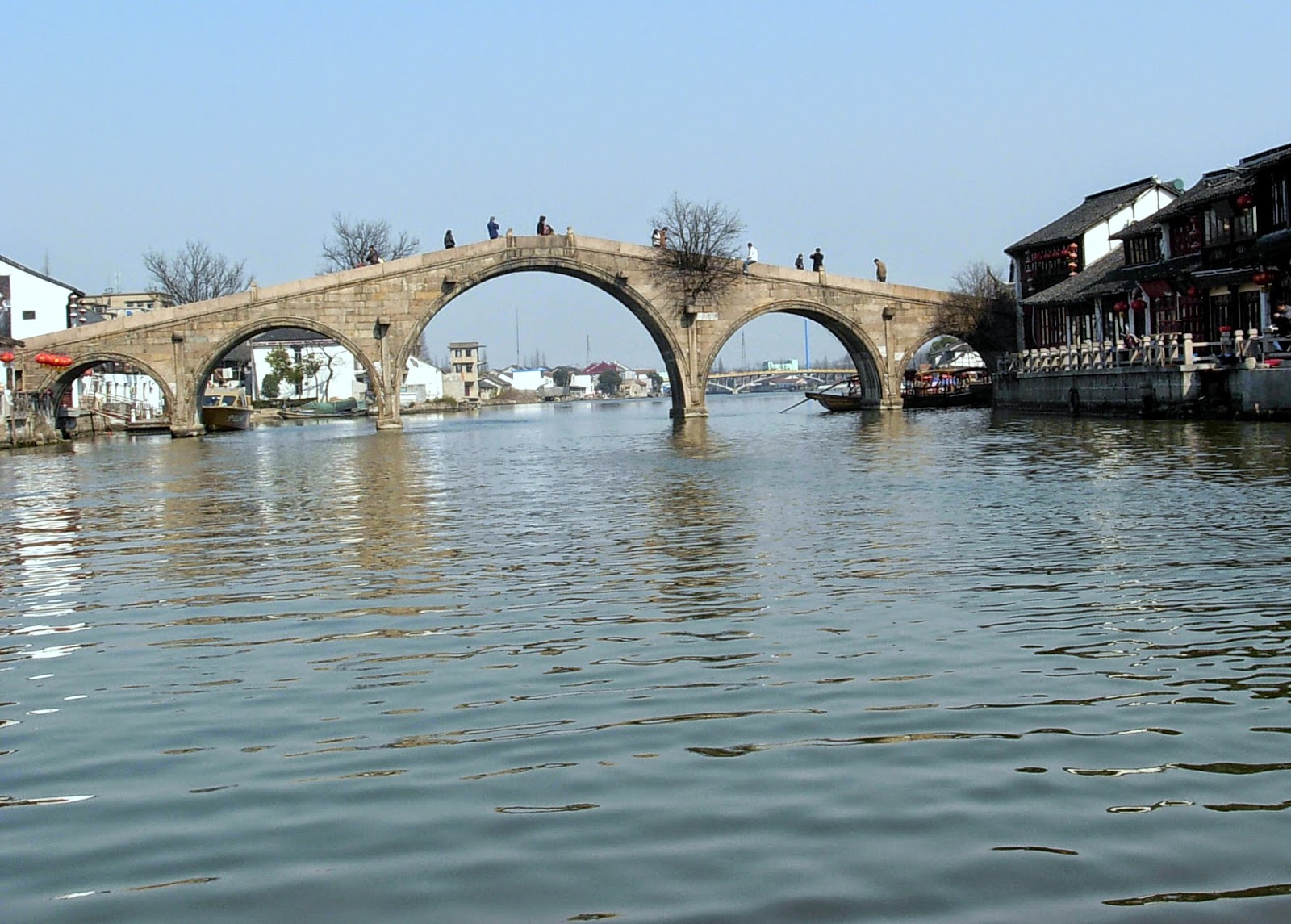 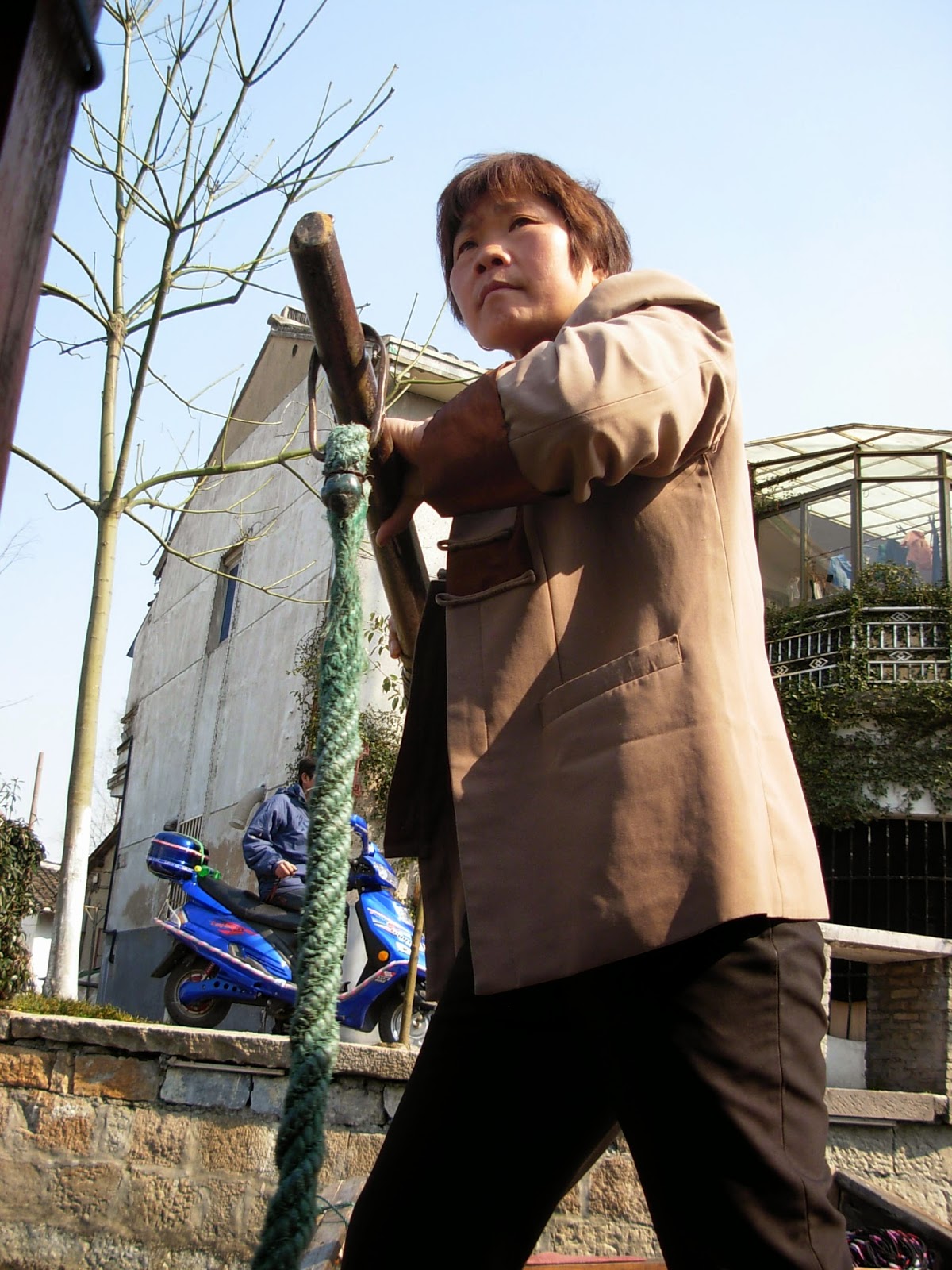 We glided under a number of the 36 smaller spans as a sturdy woman propelled the the boat with a wooden pole. 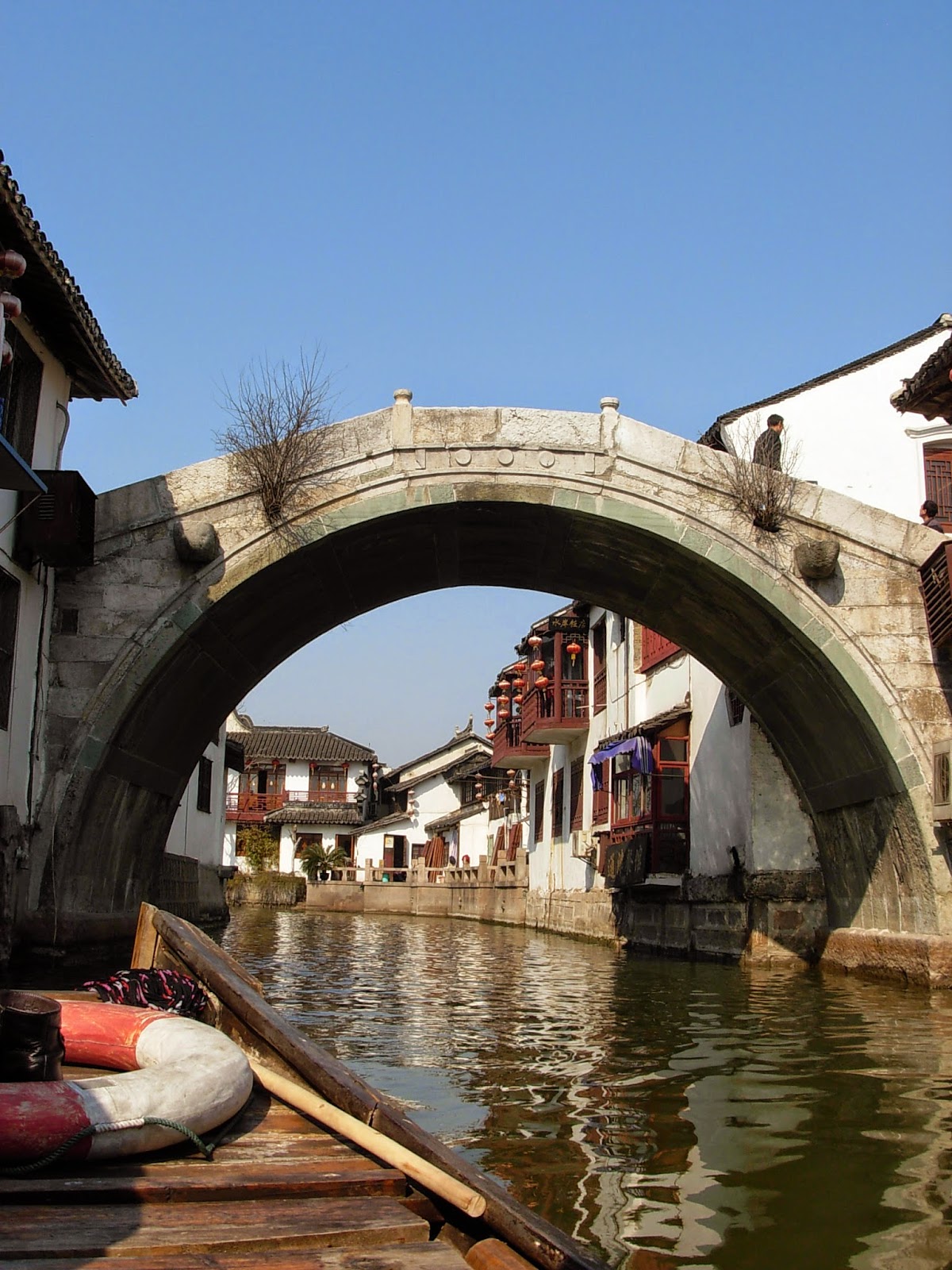 The voyage came to an end when we disembarked near the town’s center for a stroll through the Kezhi Garden with its contorted rocks and old buildings now housing new craftsmen demonstrating traditional Chinese arts such as paper cutting, calligraphy and embroidery. 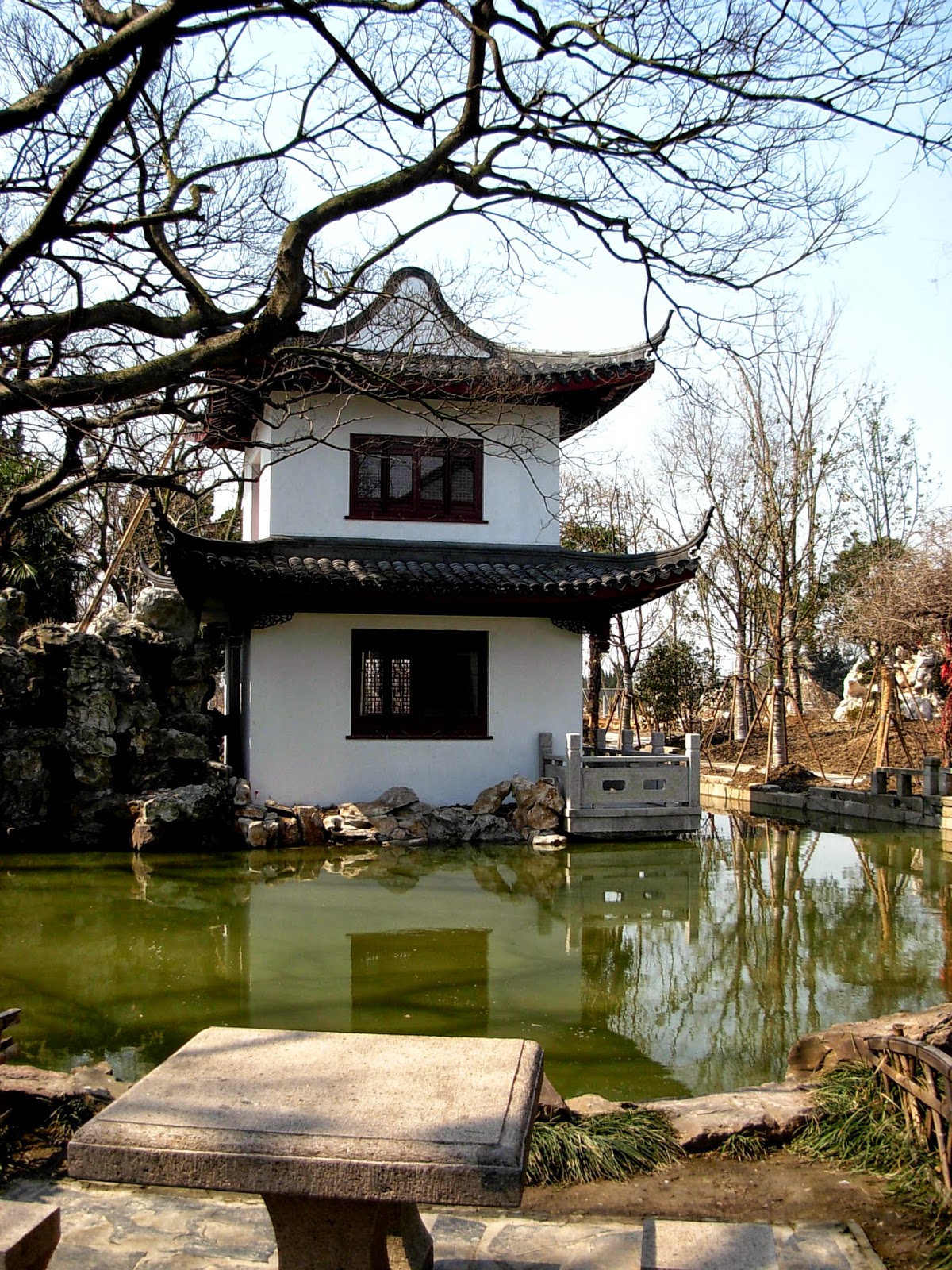 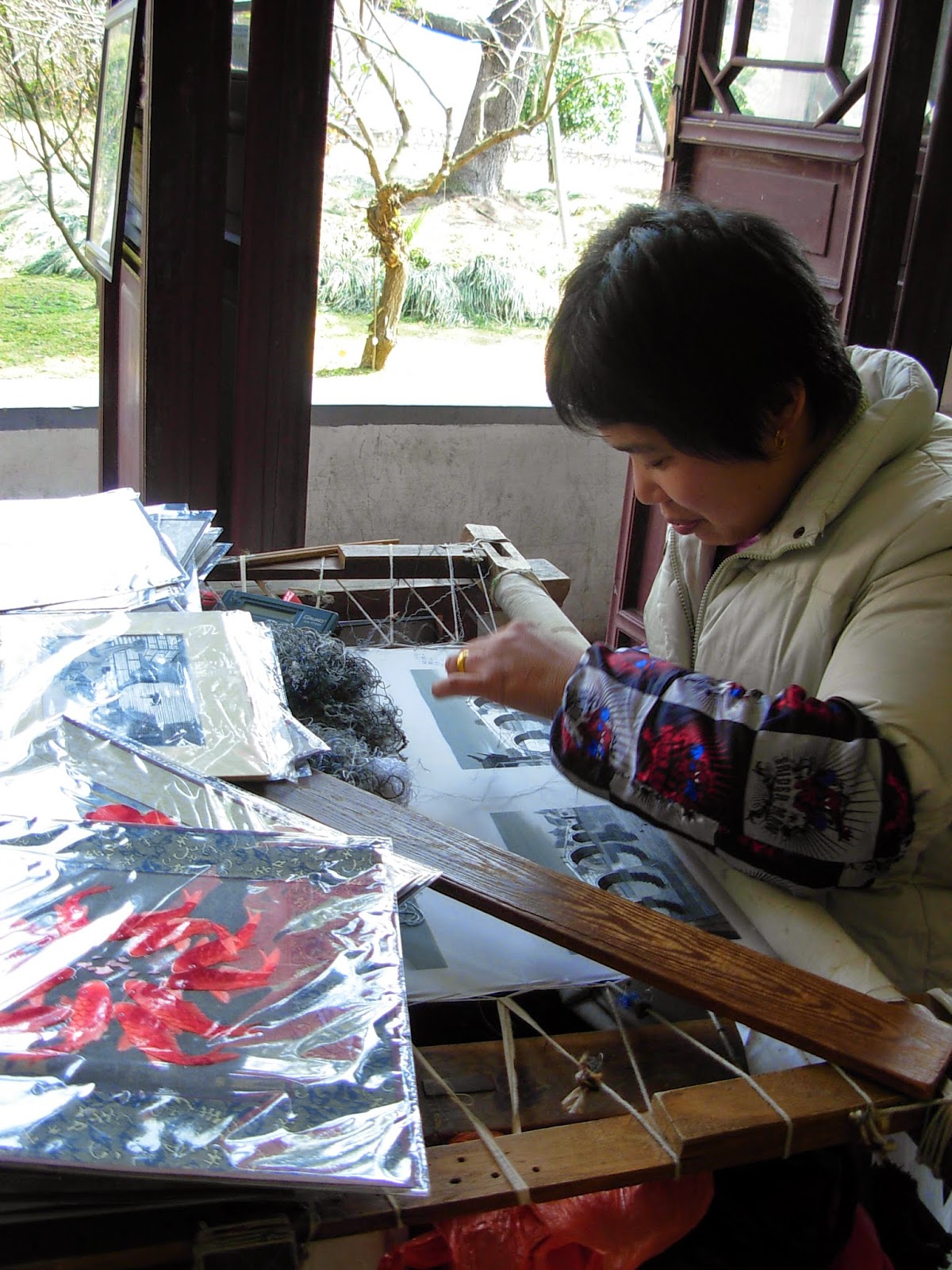 Later, we moved on to the main shopping area filled with tiny shops and a museum with displays about local culture including a kitchen and dining room from an upper-class family and wind-powered rice milling equipment. But lunch time was nearing and pots bubbling away presented some interesting choices. 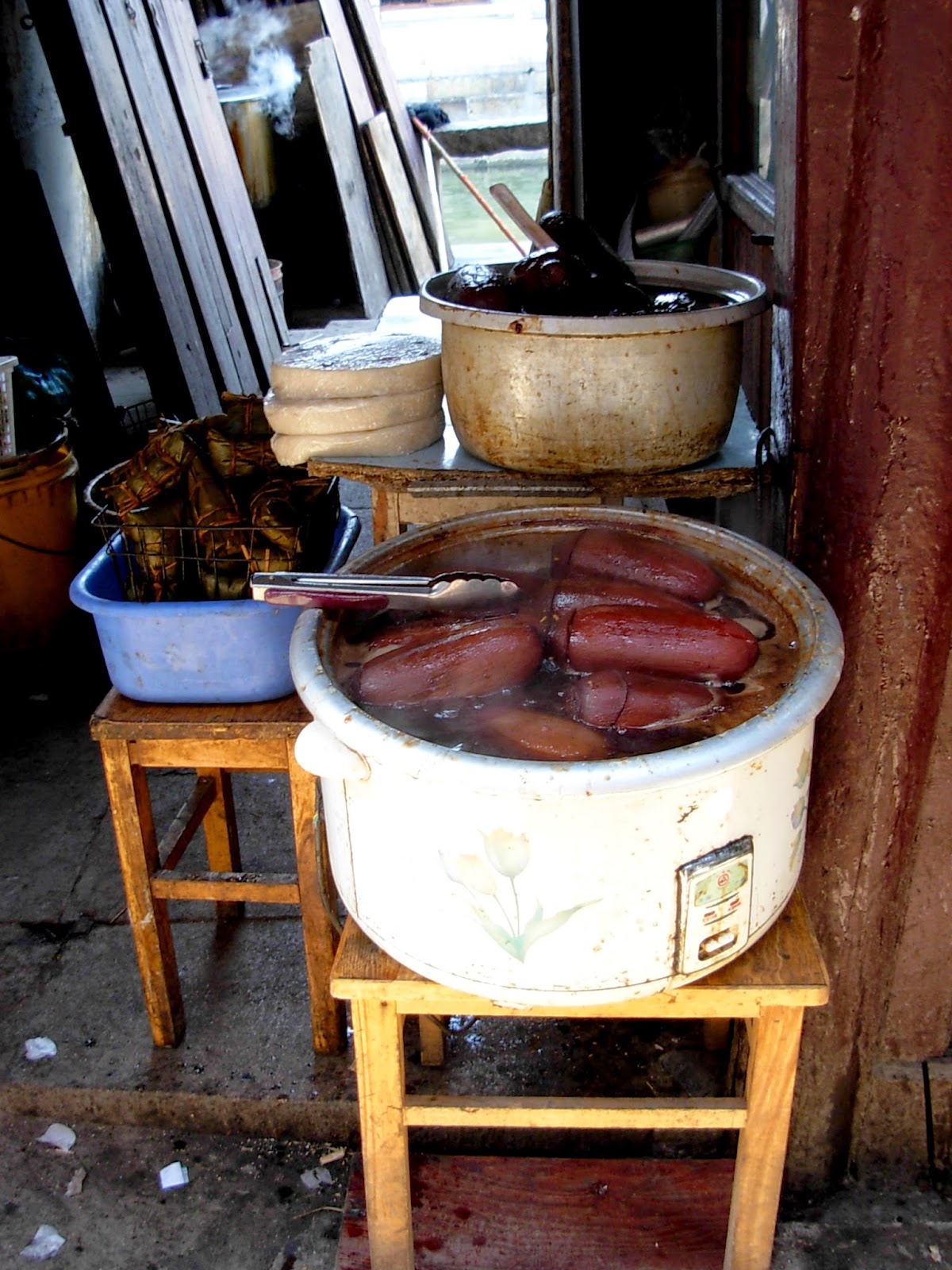 Instead of dining canal-side, we decided on a restaurant for an opportunity to sit down and get warm. On the way we saw this plump-cheeked child: 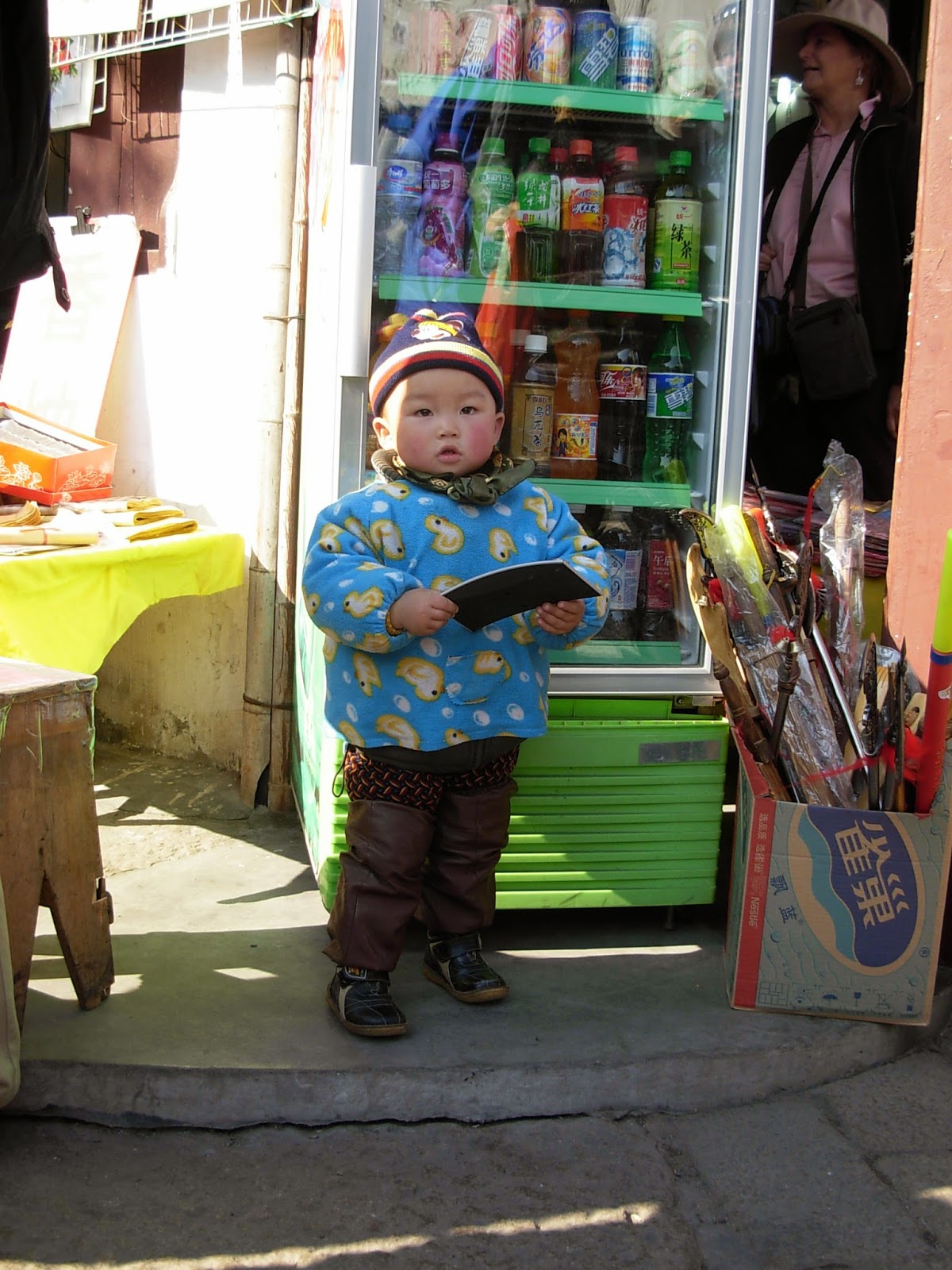 Outside the old post office we came to a wonderful mailbox. It says “Letters” in Chinese and English. The box is supported by a writhing dragon with five claws on each leg. The Imperial dragon represents a long-gone phase of Chinese history but despite the current lack of Emperor or Empress to oversee the mail system, the lock on the box looks new. I thought about posting a card to friends saying “I’ll be here for a while.” 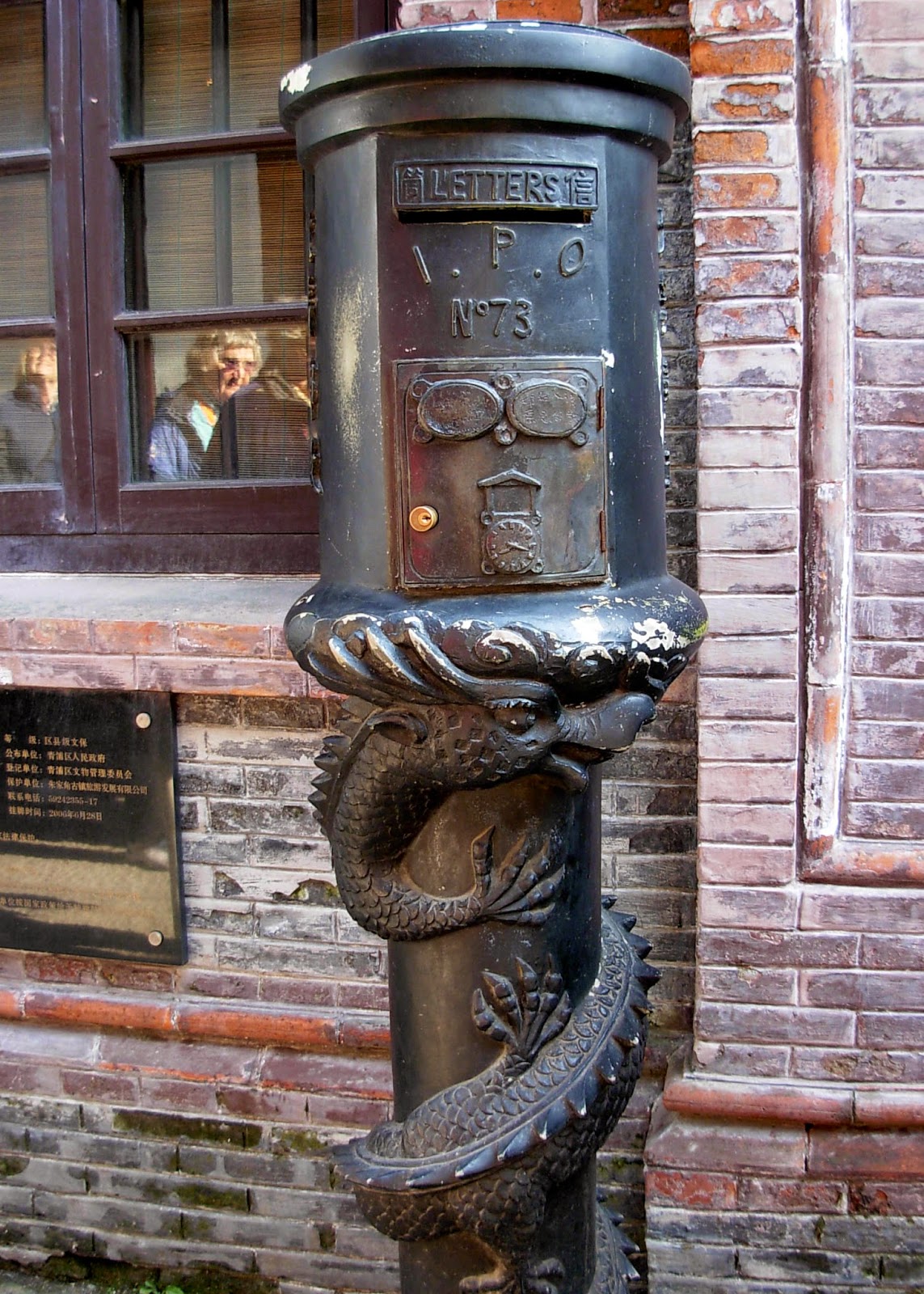 All photos property of author