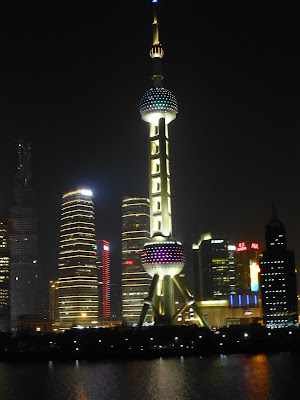 “Hello! Where are you from?
Ah, have you seen Sleepless in Seattle?
Please come with us for the folk dancing. It’s just a little way from here. You’ll really enjoy it when we explain everything.” 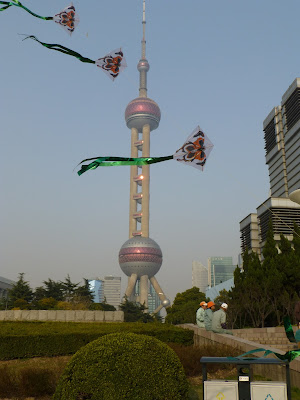 We were getting annoyed by the young couple who were clinging to us like overcooked noodles. But they kept on with the questions and the importuning: “Please follow us.”

Finally we walked away. I could see them begin talking to another obviously American couple. Were they trying out a scam or were they just two kids who wanted to earn a little money showing us the sights? Had we been about to be Shanghaied or not? Who knows, but after bushing off the fake designer handbag and DuPont pen for $2.00 crowd we wanted to relax and enjoy more pleasant Shanghai surprises like kites flying in the spring breeze. 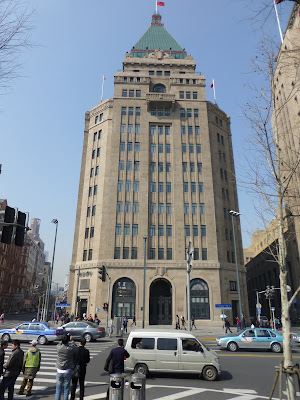 We had started our walking tour on the River Promenade across the street from the magnificently-restored buildings of the Bund and across the river from the spectacle of Pudong. Millions of pansies were growing both vertically and horizontally on the river wall and adjoining flower beds. Pink camellias were in bloom.  The sun was shining, the temperature pleasant and the smog quotient was low. Among the monumental buildings erected by colonialists who thought their businesses would endure forever was the famous Peace Hotel, our goal for an evening on the town. 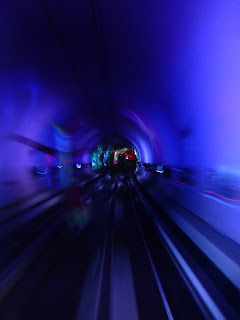 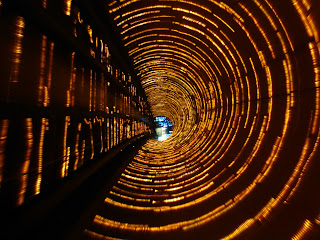 The flashy and sureal neon-lit Tourist Tunnel under the Huangpu River to Pudong zipped us off to a world of new architecture, Ferraris, and French and Italian designer shops. The ear-popping elevator ride to the 88th floor of the Jin Mao Tower, already dwarfed by taller skyscrapers, allowed for a vertigo view of the city of more than thirteen million and a voyeuristic peek through the well in the center of the observation deck into the atrium of the Grand Hyatt Hotel, on floor 53 far. below. Awe-inspiring but charmless. 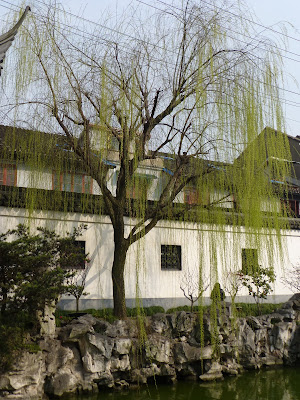 So much more pleasant to spend an afternoon strolling in the Yu Yuan Gardens. On a previous visit the crowds were so thick we couldn’t see anything but this time, early spring when the weeping willows trailing their branches into the water were coming into leaf, we had the gardens nearly to ourselves. The tea house and other buildings with upturned roofs looking like smiles, the dragon wall, rockeries and the koi ponds gave us a taste of the Chinese contemplative life, originally available to the one percent but now waiting for us. How different from the very rich in Pudong. 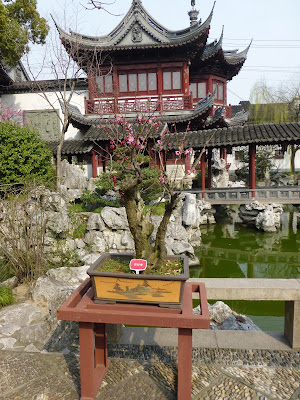 Shanghai’s expatriate population before World War II has been the stuff of countless novels. We were determined to get a tiny taste by enjoying an evening at the Jazz Bar in the Peace Hotel, built in 1930, now owned by the Fairmont. The splendid lobby with stained glass dome was decorated with silver panels showing old Shanghai. Art-Deco sculptures decorated tables. 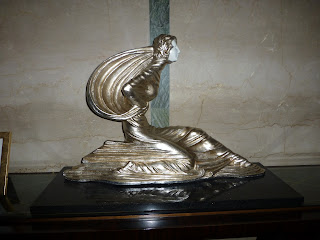 Members of the famous jazz band looked as though they had been around since the 1930s (although their average age is “only” 77) and the music wasn’t the best, but oh how easy it was to imagine half-listening to Cole Porter songs while leaning against the bar. I would be wearing a backless and slinky satin evening gown, sipping a martini and eavesdropping on sinister characters plotting heists, insurrections, opium sales, gun running, and perhaps how to Shanghai a competitor. 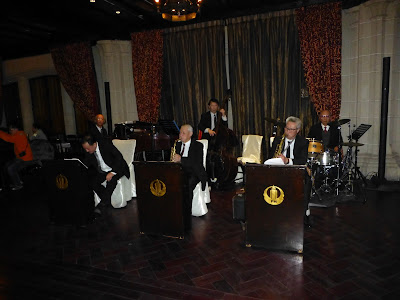