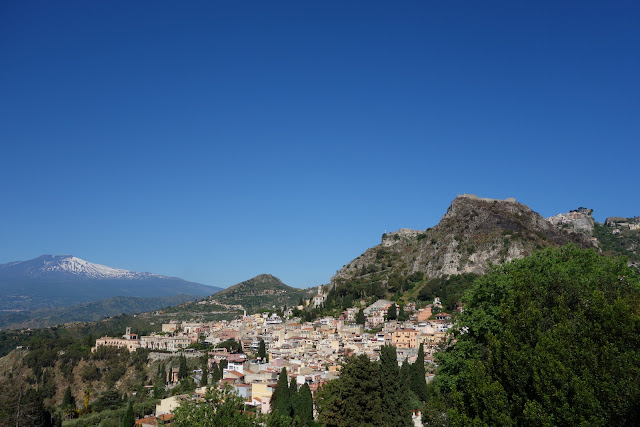 What a delight! The small town perched high on a hill above the Ionian Sea in the shadow of snow-dusted Mt. Etna is just right for walking. And of course shopping and eating. This visit we were on a day trip to take another look at the marvelous Greek theater and stroll the streets to visit gardens, Roman ruins and medieval buildings. And of course do some shopping. The narrow and winding road from the seaside to the town winds around lovely homes, small plots with vines and citrus, and luxury hotels until it reaches the parking lot. From then on it’s time to stroll on the cobblestones licking a cone of gelato and oogling the mouth-watering marzipan treats in bakeries and bars, and sampling the luscious Sicilian citrus. 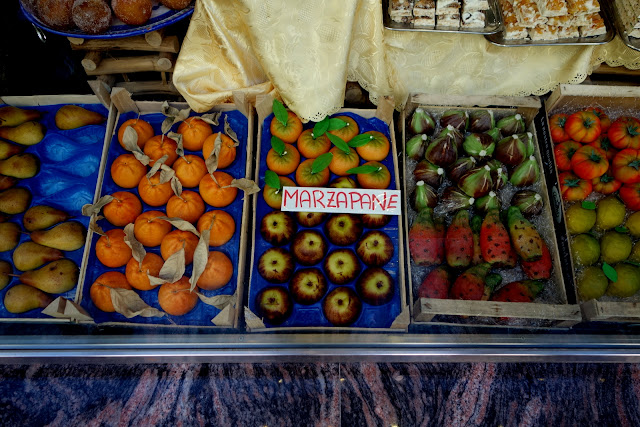 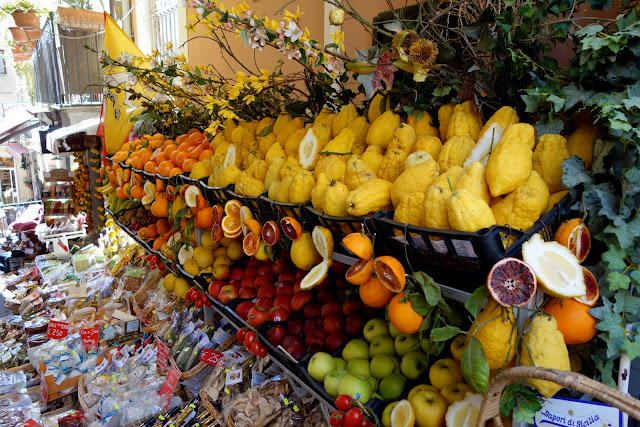 Like almost every town in Italy Taormina has a long history, in this case, really long. It was founded by the Greeks in 392 BC and they pushed even earlier inhabitants out. Of course the Romans came along and then everyone else who has tramped through Sicily. In more recent times Kaiser Wilhelm II decided to winter there in the 1890s and other royals and their hangers-on soon followed. Some of these men were overly interested in the local population and one impoverished baron made a living photographing doe-eyed youths with their water jugs and baskets or in togas with flowers in their hair often in mildly erotic poses. Others went straight for pornographic. After World War II, Taormina was rediscovered and the rich and famous flocked there. Truman Capote, Winston Churchill, Orson Wells, Cary Grant and the off and on-again duo Elizabeth and Richard honeymooned there – twice. 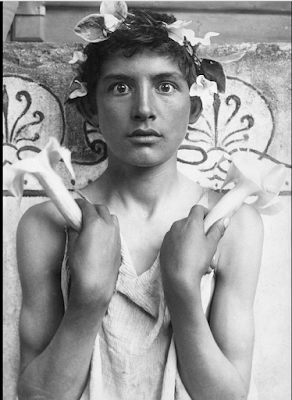 The first item on our agenda was to return to the marvelous Greek theater where the ancients sat watching plays performed as part of their religious rites. What is most visible today is Roman reconstruction; instead of plays they had gladiator competitions. The acoustics are so good that the theater is now used as a venue for concerts and big names regularly appear there in the summer. 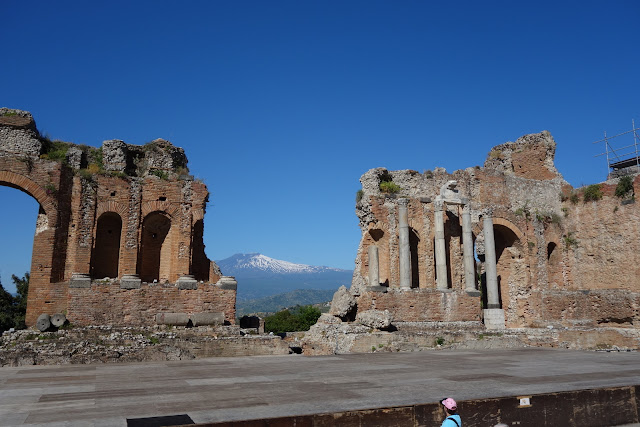 The central gathering point for the inhabitants and tourists is the Piazzale IX Aprile an ideal spot for an iced coffee before visiting the lovely public gardens. Massimo, the postman was taking a break too. 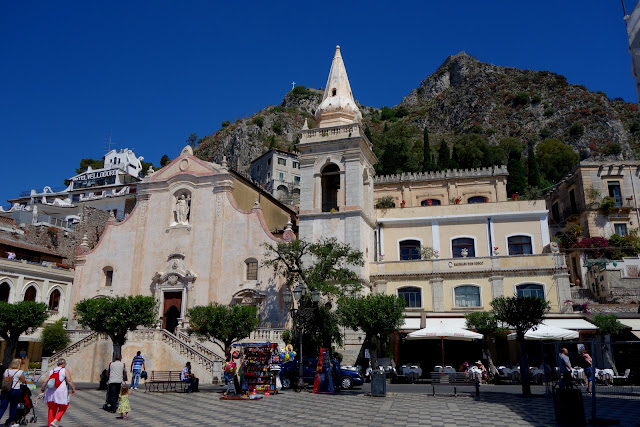 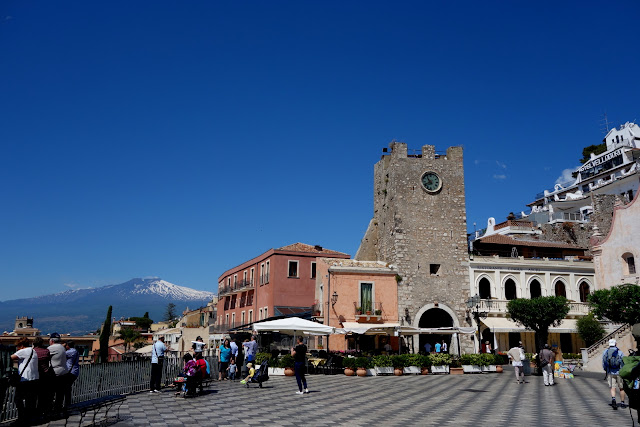 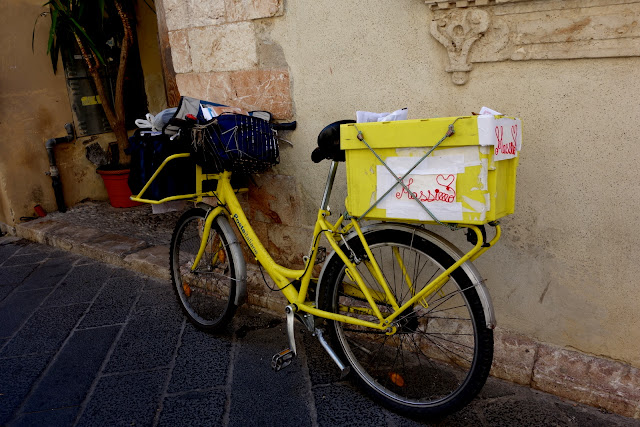 The gardens, full of subtropical plants were created in 1899 by a civic-minded Englishwoman, Florence Trevelyan Cacciola. In true English style there are follies and fountains and benches to rest in the shade. And, as always in Italy, there is a monument to the town’s dead in the World Wars. On a happier note we watched a photo shoot with Miss Sicily who my husband said looked like a winner to him. 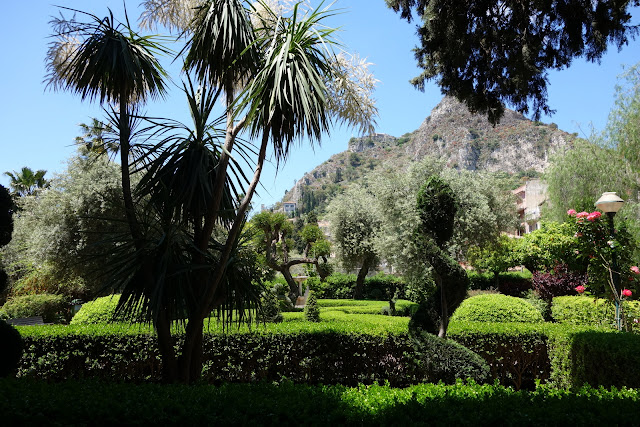 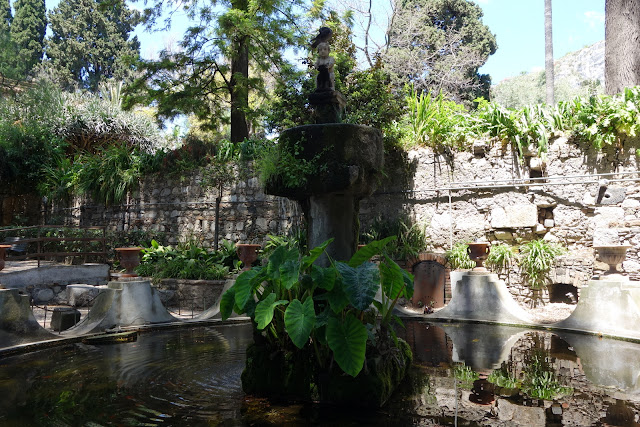 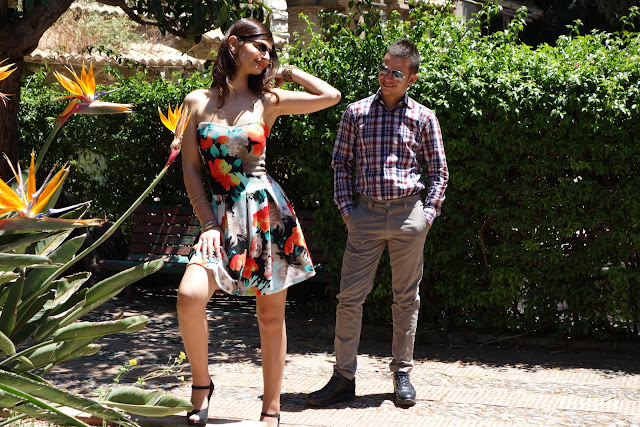 Footsore, we headed back down the main shopping street, the Corso Umberto, with its tempting shops, flower-filled balconies and medieval alleys to the Odeon, a small Roman theater incorporating earlier Greek elements. 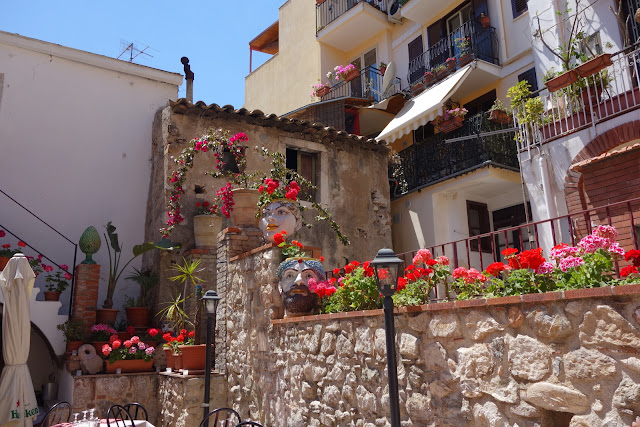 There’s not much there now and it is incongruously abutting the back of a 17th century church. 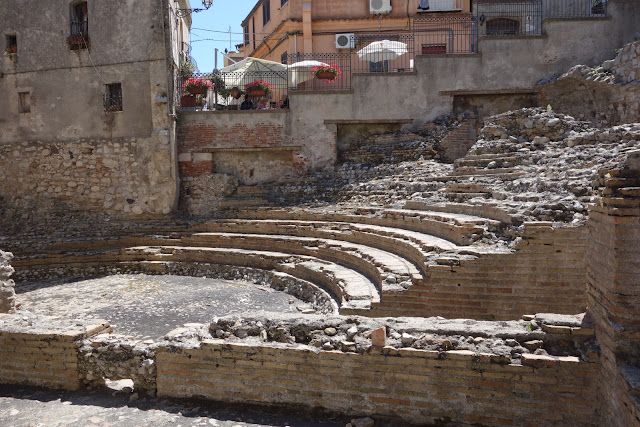 Far more interesting is the Palazzo Corvaja which combines a 10th century Arab structure and a 15th century Catalan Gothic design. Inside the building is a museum with traditional Sicilian handicrafts including puppets. 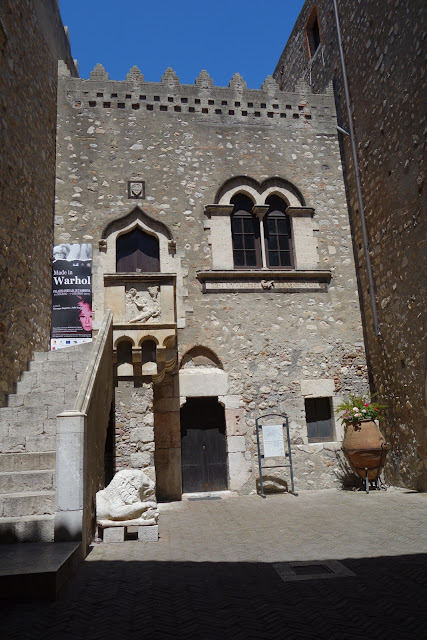 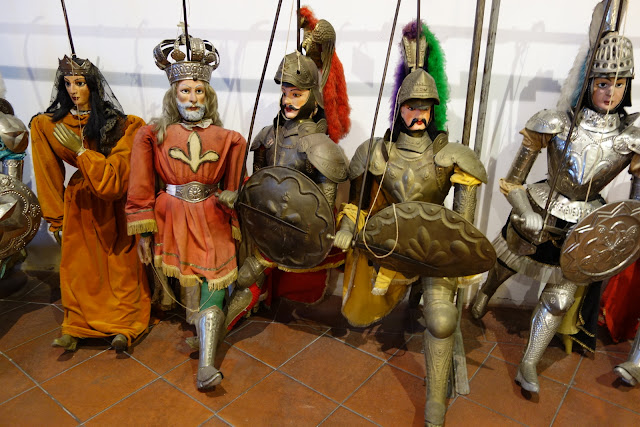 The mix of Baroque church, Greek/Roman theater, and Arab/medieval design all within a few paces of each other encapsulates the flavor of the town.