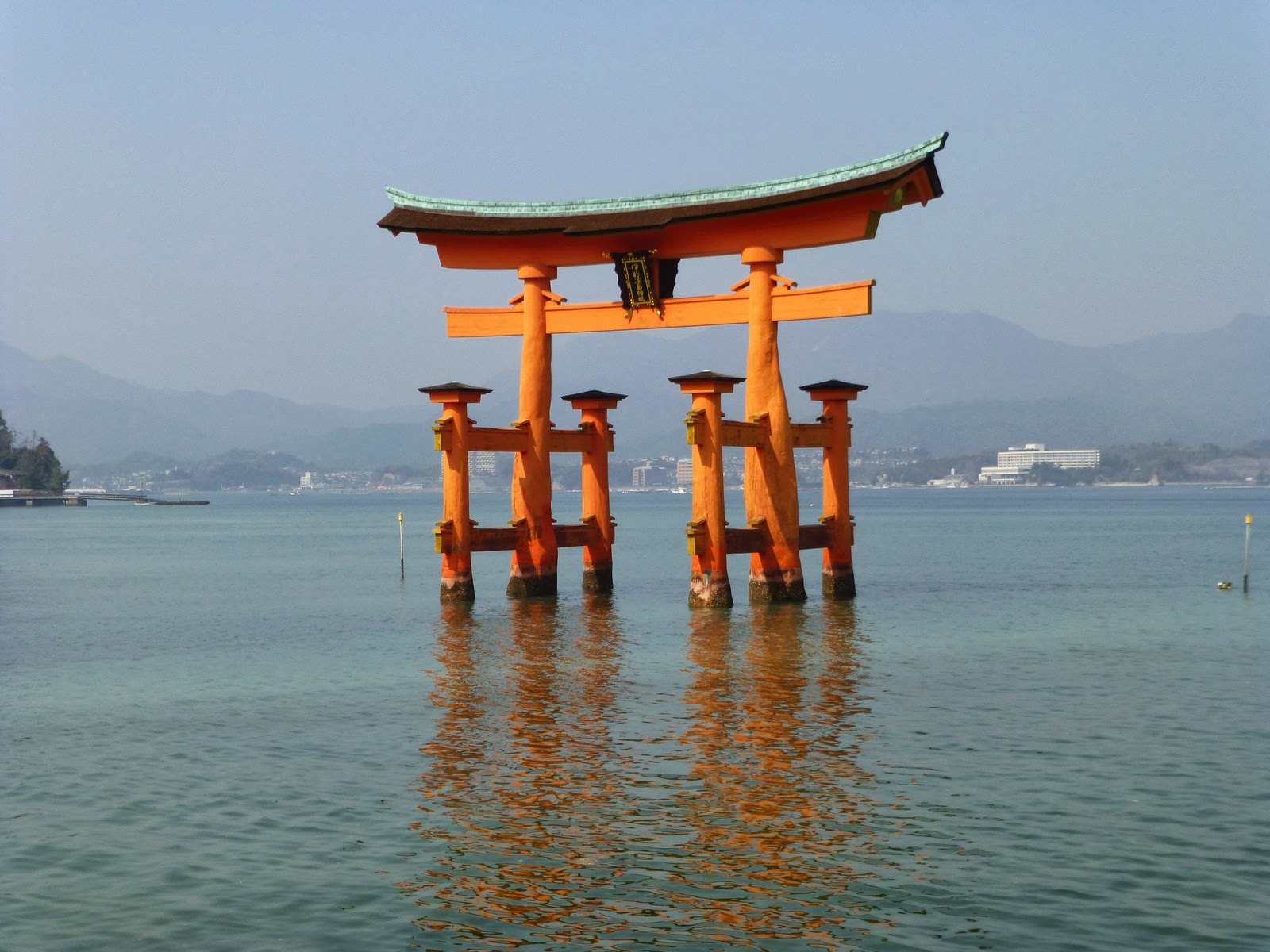 The ferry that leaves from a little port thirty minutes north of Hiroshima, Japan transports passengers to another dimension where the city’s memorials to the holocaust caused by the Atomic Bomb are left behind in spirit if not in physical distance. A first glimpse of what awaited us on Miyajima Island came in the form of origami paper cranes, symbolizing peace and memorializing the end of World War II. They were gracefully given out by smiling and bowing students at the ferry dock. We accepted the gifts with what was no doubt an ungraceful bow as we embarked on the short ride to a place where there are no births or deaths, no felling of trees, and tame deer – messengers from the gods – wander at will. This vision of Shangri-La is home to the Itsukushima Shrine, dedicated to the three daughters of the god of sea and storms. Founded in AD 593, the current buildings date from the 16th century based on a 12th century design. The shrine’s most famous landmark, the great torii gate, appeared to float upon the hazy Inland Sea, a fitting mystical marker where the divine begins and mundane daily life ends. 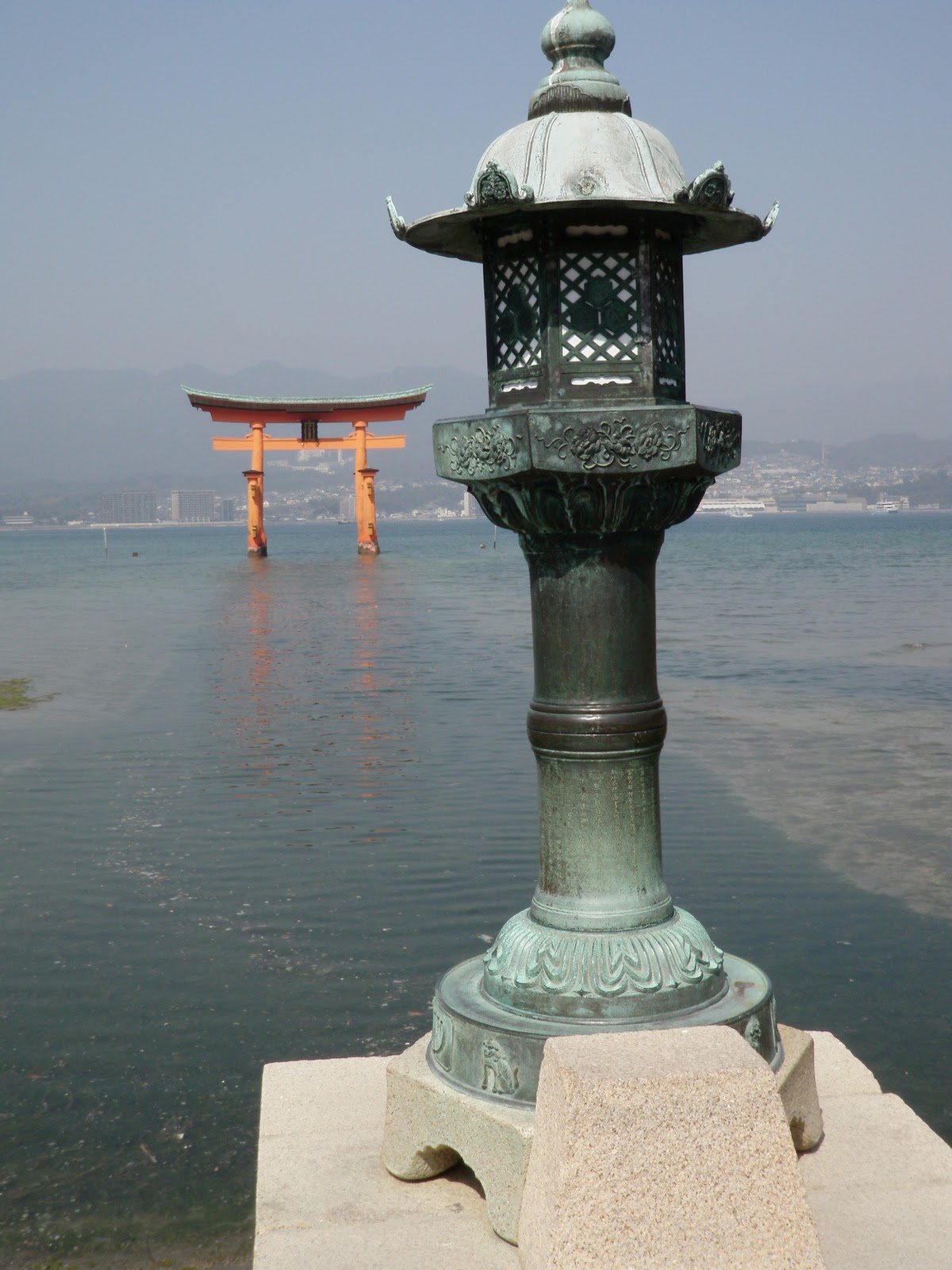 My husband and I disembarked for a leisurely stroll to the shrine, ready to dissolve ourselves in the aura of peace and harmony the buildings generate despite the presence of other visitors sharing the experience. We walked along the waterside on a path lined with stone lanterns representing 108 earthly cares, passed through a granite torii gate firmly rooted to the land, rinsed our hands at the stone trough and entered an alternative universe. The brilliant vermillion lacquer of the buildings and passageways, matching that of the floating gate, was reflected in the blue sea. A sense of serenity enveloped us. 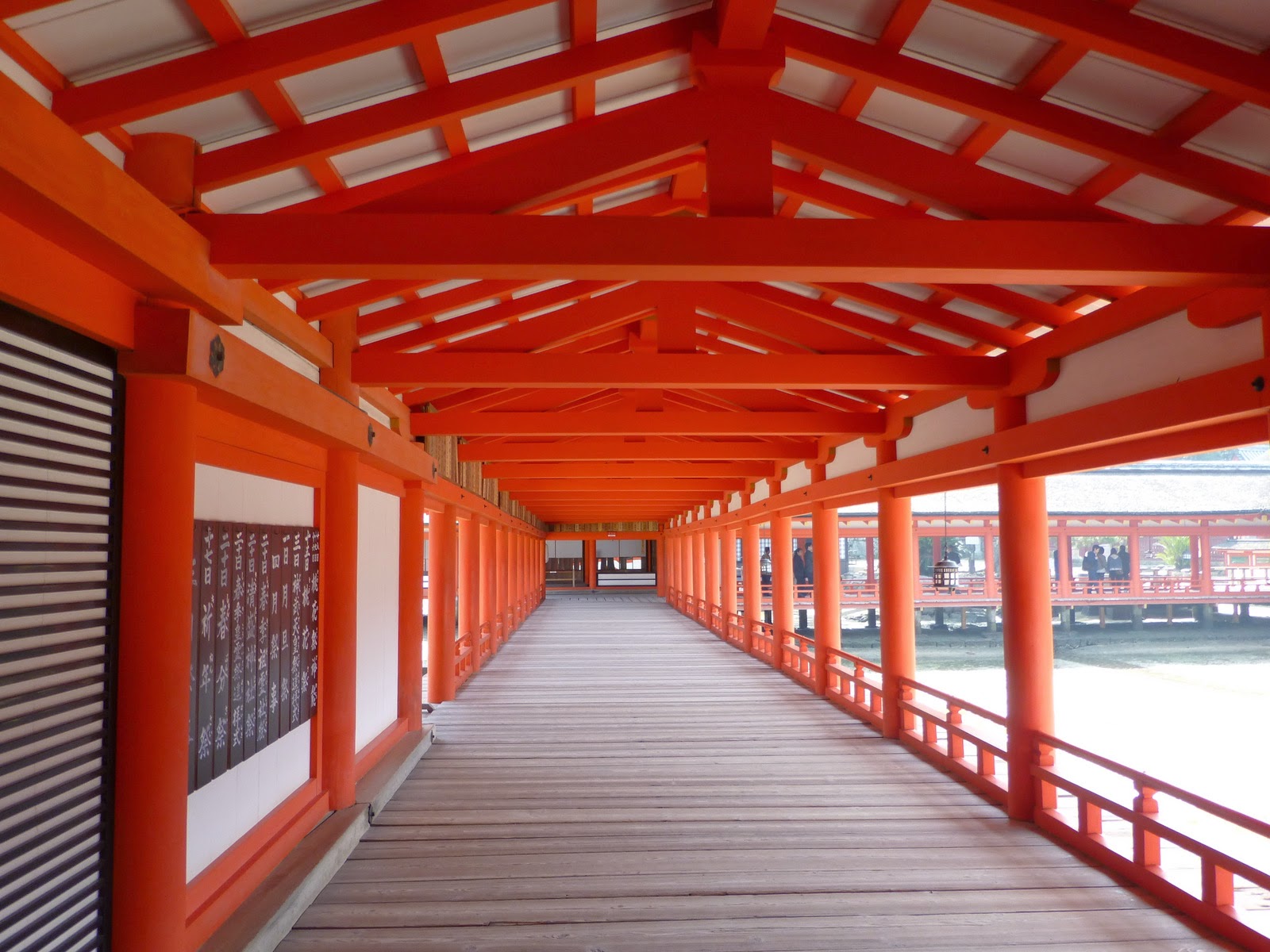 In one pavilion a white-robed priest was conducting a ceremony while an elderly couple kneeled on a tatami mat. We wondered if the ritual was to memorialize an ancestor, Shinto shrines often being used for that purpose rather than Buddhist temples. Shinto is Japan’s oldest religion, in existence since time immemorial. Deities, called kami, preside over all the things, living, dead or inanimate. Their shrines, large and small, dot Japan. 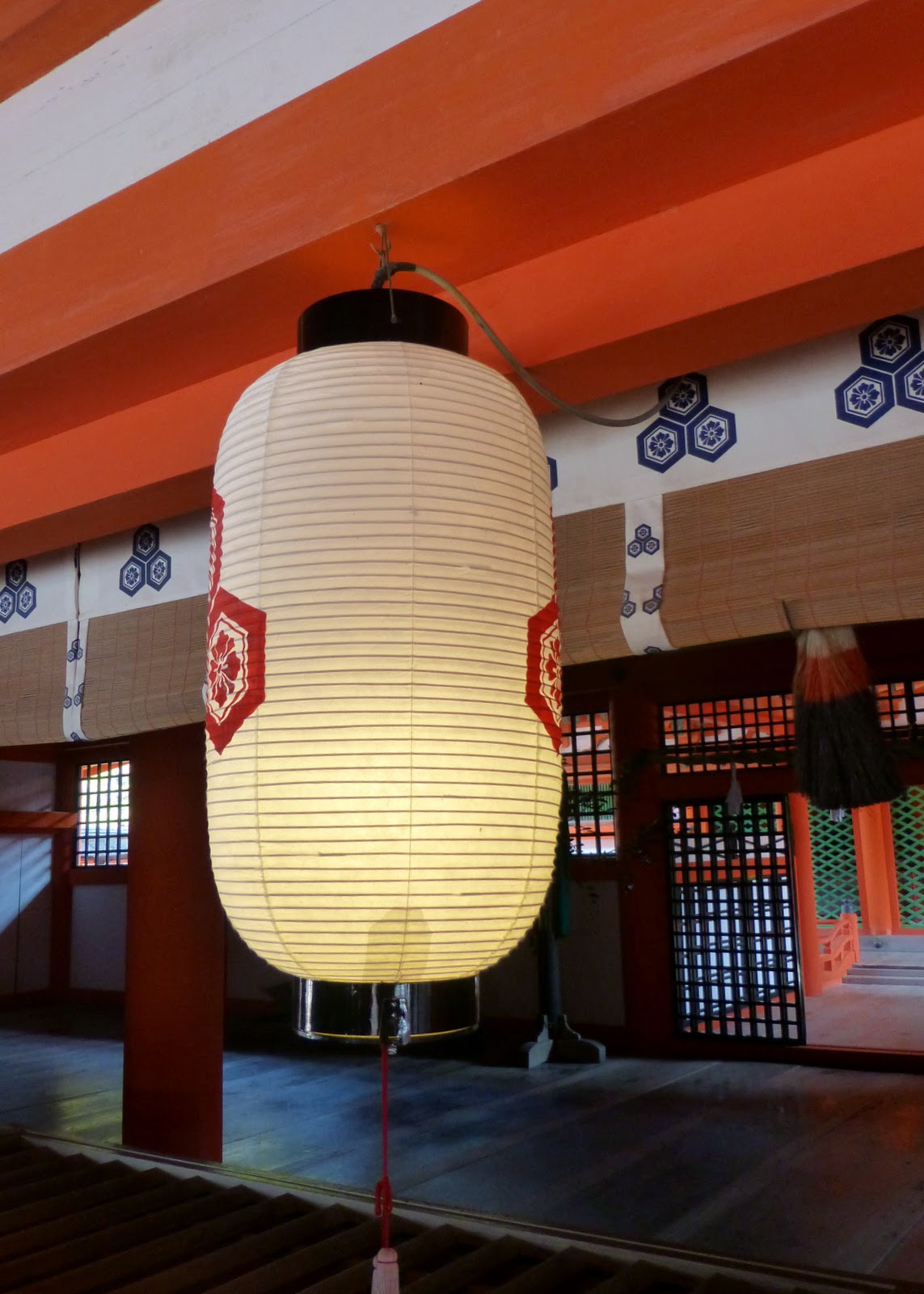 As the tide slowly ebbed, the shrine’s feet were no longer in the water and the earthly concern of time passing returned. With never enough of it to experience everything, we reluctantly left the sacred precinct to see the ornate 9th Century Daisho-in Buddhist Temple set in a wooded area beyond the shrine before admiring the Goju-no-to five-story pagoda built in 1407. It is enticingly set in the modern village filled with shops, inns and restaurants a contrast to the otherworldly feelings generated by the temple. 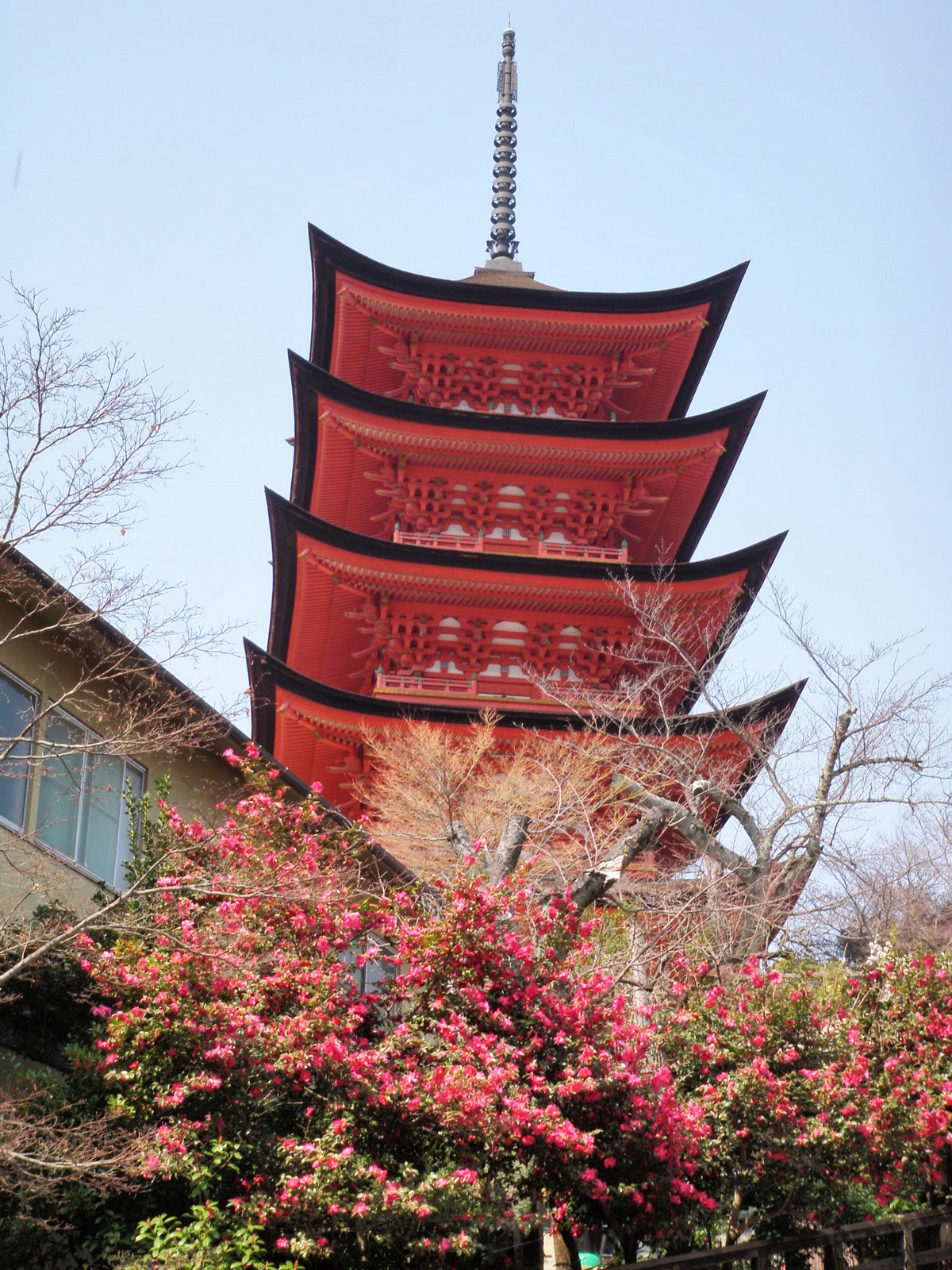 We wandered along the narrow street to look at souvenirs like the typical remembrance Japanese visitors purchase – rice scoops of all sizes. Of course, Hello Kitty in every guise was waiting too. Better was the chance to sample the island’s specialty food, momiji,bite-sized cakes in the shape of a maple leaf and flavored with various unexpected ingredients such as eel. But the most attractive of delights tempting us were the tiny stalls selling grilled oysters fresh from the surrounding sea. Delicious! 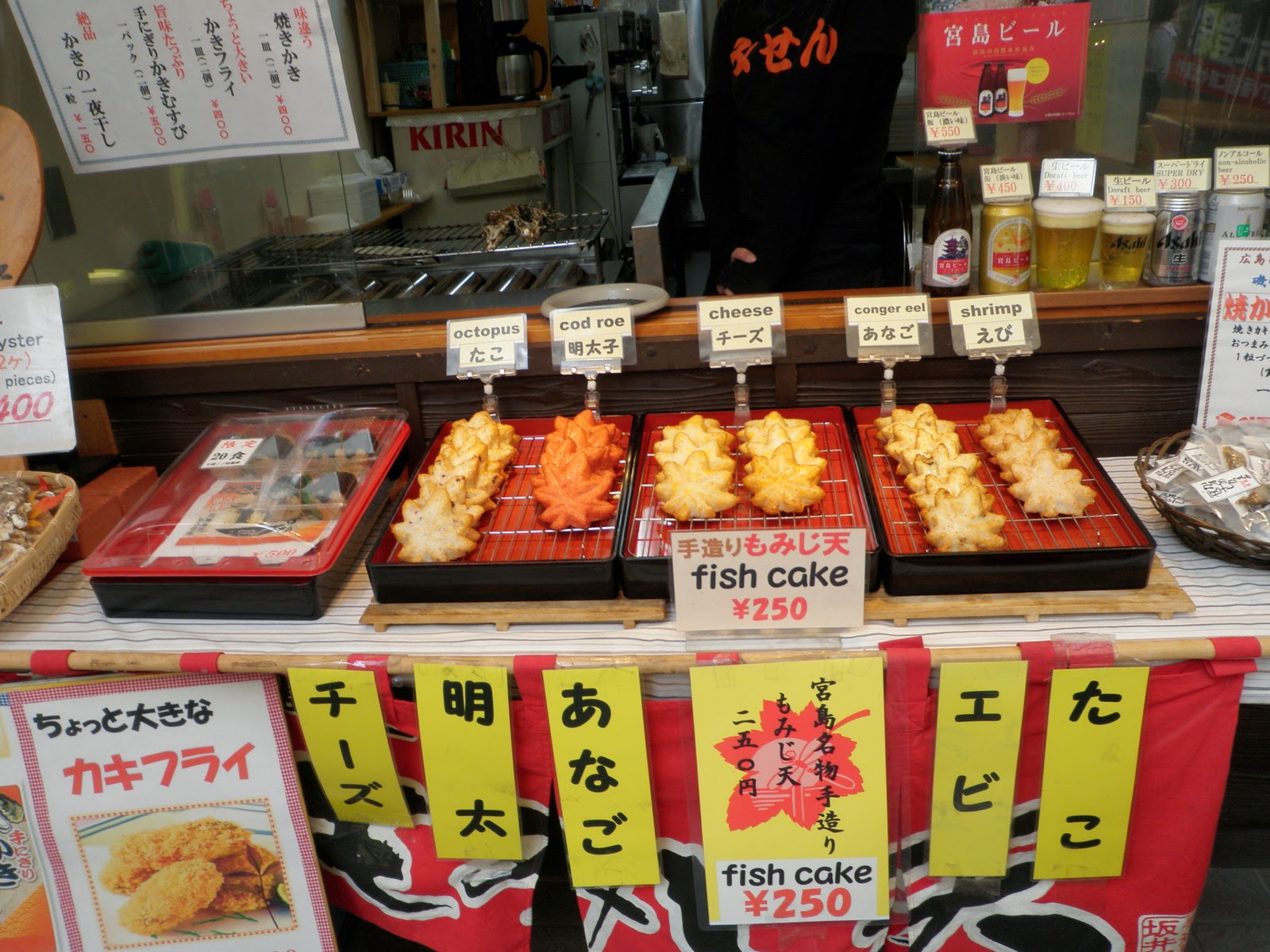 For those lucky to have time enough to stay on the island, there are backpacker hostels and hotels including romantic and expensive ryokan. The prospect of staying to walk the trails or meditate by a stone lantern in a soft rain overlooking a mist-soaked sea made us add a return to the island to our never-fulfilled list of places we wanted experience for the first, second, or third time. 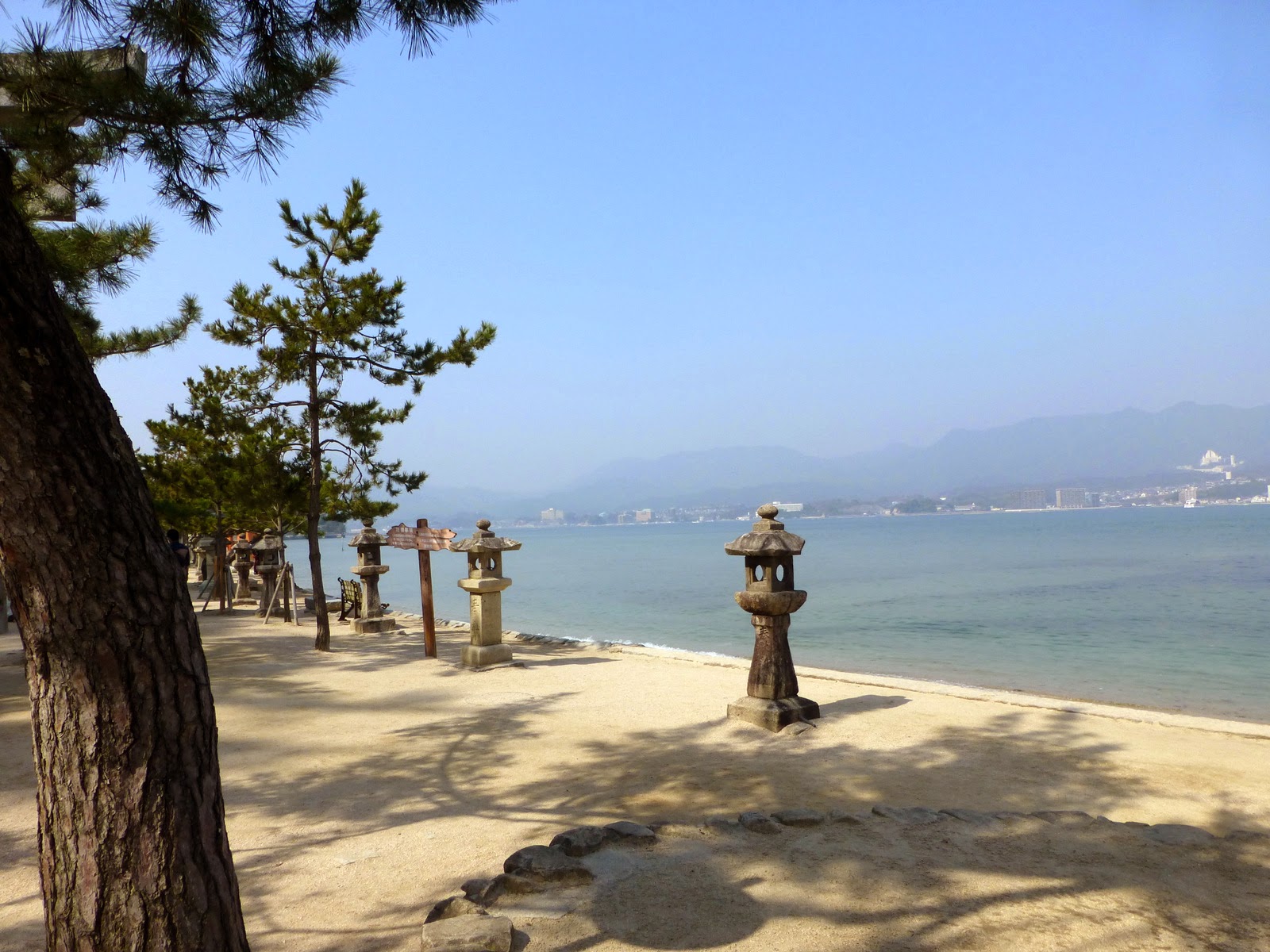 An overnight stay was not to be this trip. Body and soul temporarily nourished, we returned to the ferry landing to await the next boat back to reality. Two young women looked up from their bento box afternoon snack to smile and make the typical Japanese peace sign. The deer wandered over, not delivering messages from the gods, but to munch on any paper they could find including ferry tickets for the unwary (maybe used to take messages from us back to the gods). 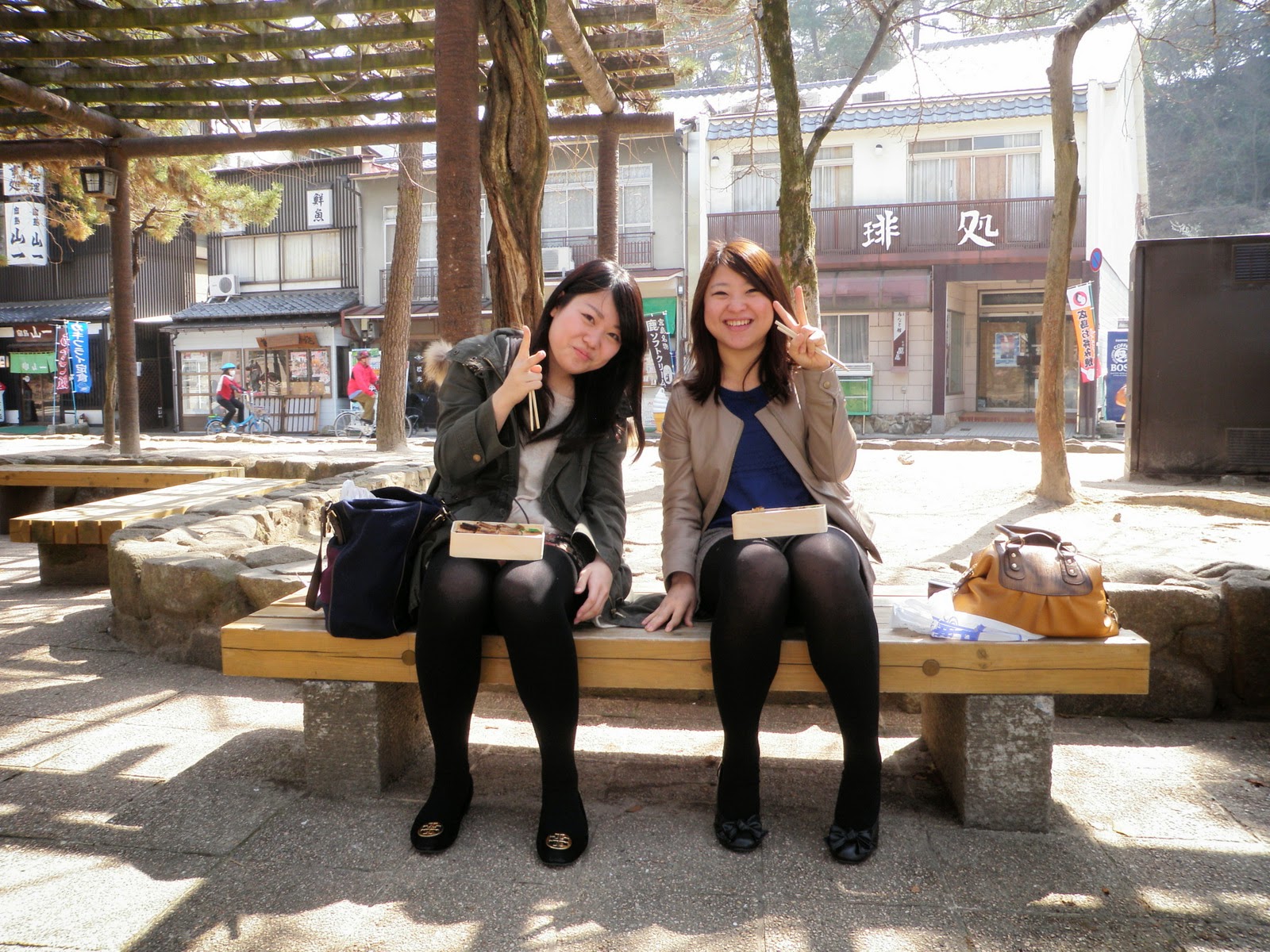 A sleepy child accompanied us back to Hiroshima and reality. 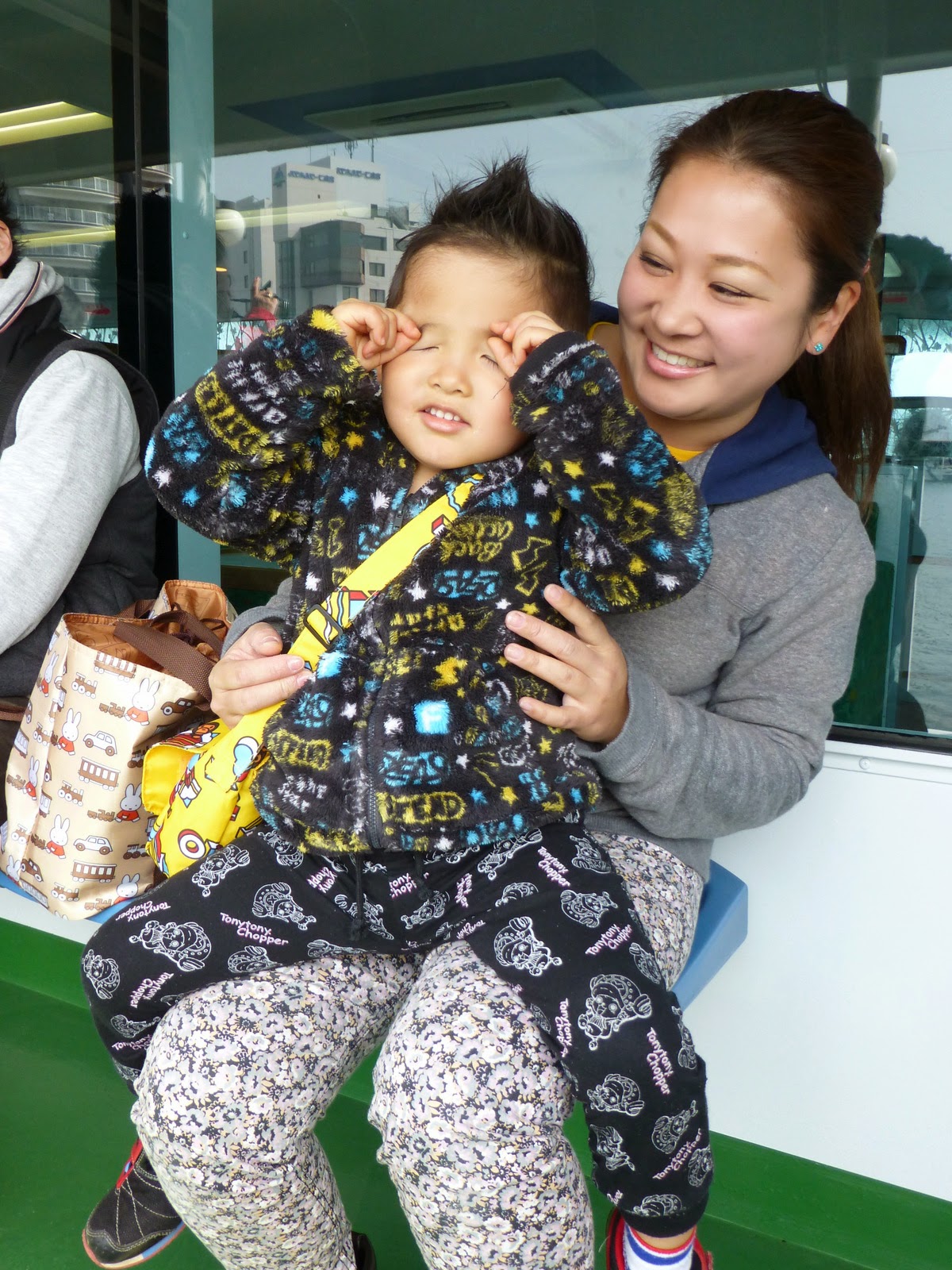 All photos property of Judith Works

EARLY SPRING IN THE SKAGIT VALLEY: DAFFODILS AND QUILTS